Are Opendoor geniuses, or just a product of an over-heated housing market? —...

Wedbush analyst Ygal Arounian started coverage of real estate disruptor Opendoor (OPEN) with the equivalent of a Buy rating and a $31 price target on Wednesday. But the economics of Opendoor seem to be dependent on vast amounts of home sales that are...

But in Opendoor’s case, they are making their money via the narrowest of profits on the flipping of homes. The company makes a gross profit of about seven or eight percent on every home it sells, consisting of the spread between what it buys for and then sells for. But then the company also has to pay an agent to help it sell that house. And it has to in some cases pay to fix up the house. After those additional expenses, and after the cost to Opendoor of interest, what’s left over is what’s called a “contribution profit ,” the money they make before all the operating costs of maintaining an office and a sales staff, etc. Opendoor’s contribution profit margin was less than one percent last year.

They need a lot of volume to have any hope of being profitable:

Arounian expects it will be profitable come 2023, when he forecasts a profit of $9 million on sales of $10 billion 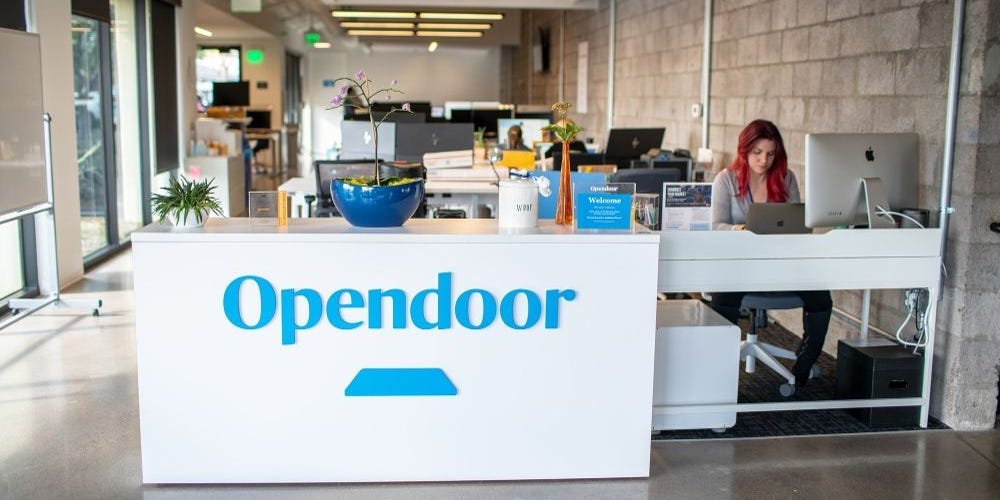 The FTC just slapped Opendoor with a $62 million fine for 'misleading'...

The FTC says that Opendoor told customers they would make more money by selling to it instead of to regular buyers. Sellers actually made less.