Do people generally use a Pest control company or do they use a bug killer product which they spray themselves?

My home’s earlier owners hired a Pest Control company which used to work on the house. We found the house well maintained with no major bug issues(as far we can see & it was also winter).

I bought a bug killer from Costco - Ortho Home defense Max. It has great reviews online, however I’m not sure if this is the right way to go, & these reviews I take them with a pinch of salt.

Do people have any opinions on whether Pest Control Company is the way to to or do they think DIY works?

For DIY do people have any specific products that have worked for them?

Just a comment. I use Orkin on a regular monthly contract basis to come out and take care of the premises at my 4 plex and have done so for a number of years now. The building is in somewhat of a wooded area with parks nearby that bugs and pests are common so I figure it is a cost of doing business for me. Let’s be honest, some tenants are not the most clean and so having this company on call when needed to me makes sense as opposed to calling them up only when needed which is probably going to be pretty expensive as opposed to an ok monthly maintenance service charge.

I don’t like chemicals sprayed in, near, on, or even outside my house. Although we didn’t fight it when the termite guy sprayed because it was pretty darn clear it needed to happen. I was very fortunate to write into my lease that the gardeners were not allowed to use any chemicals in the backyard as I now realize that they probably would’ve sprayed regularly to get rid of the weeds even though the kids would play in the same area.

What bugs are you worried about? We have ant infestations that are dealt with easily using the liquid Terro Bait traps. Beyond that we haven’t had issues. I’m not sure what would be so bad as to cause me to spray… Can you set out traps instead?

@Terri Well I see some spiders in the yard & few in the garage, almost none inside the home. Also seen some ants in the garden.

Plus in the last 2 weeks 2 different sales people from different Pest Control companies have suddenly appeared on our doorstep & given us their pitch "Summer coming… ants laying eggs… yada yada ", which has kinda alarmed me a bit

So, I want to make sure that I do the maintenance necessary & for prevention of bugs.

I bought the Ortho Home defense max from Costco (& Ortho says spray once in 12 months like a barrier around the house & it will keep the bugs out), however I’m not sure how effective it is.

Not worried @ weeds, I generally pull them out from roots with my hands.

@sfdragonboy, this is for my own house. I was thinking if I could do the work on my own

Right, which is why I was just commenting on my own experience, granted for a rental not personal home. I am with you…

Actually now to think about it, I did have a tenant in a SFH who had issues with incoming ants and I used some of that Terro and that actually did do the trick. Cheap enough to try if ants is the issue for you.

It is banned now, but my mother once gave me some chinese chalk that if you diligently ringed your home with it, it pretty much stopped any ants from coming in. Probably was some kind of boric acid… or I hope…

I can understand the spiders in the garage being annoying, (or dangerous if they’re black widows) but if the bugs are staying out of the house, do you really need to spray? I mean, I personally believe that the house is mine, the garden is theirs, and as long as they respect that, we can live in harmony.

Exception being that they are not invited to my lunches outside. Sorry, but the hamburgers are mine. I might put out some wasp traps if they come back this year.

The Terro stuff is great, it just takes 2-3 days.

my mother once gave me some chinese chalk

Hey, do you know which shop in Chinatown has that stuff? It’s pretty darn strong stuff I heard…

I believe they either pulled it or don’t sell it anymore unfortunately. It may have been toxic or something. I will have my mom ask her mah jong buddies to confirm…

Is it this stuff?

No, I actually still have some of that chinese chalk somewhere in my garage. It actually does come in its own unique cardboard packaging with chinese writing. Friends used to swear by it. You lay it down (chalk the perimeter of your home) and voila you were golden for at least a year or longer from ants. And if I recall, it was dirt cheap.

I am sure the chalk is still being sold in some dark alleys in Chinatown somewhere. Maybe you need to speak some code words or do some secret handshakes, mafia style.

Yeah, I’ll check when I need to go replenish my firecracker supply…

So I was trying to see if I could find a place to buy some on the internet, came across this as an explanation for why it isn’t sold:

Then I went to Amazon and put in “insecticidal chalk”: 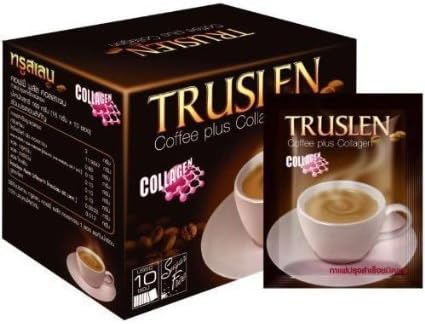 I always suspected the sugar free stuff was poisonous

Well, we can’t have some inexpensive yet effective Chinese chalk beat us, now can we??? Ban it!!!

No, not if it contains melamine.

I also vote for the Terro liquid ant baits. They take a few days, but they work.