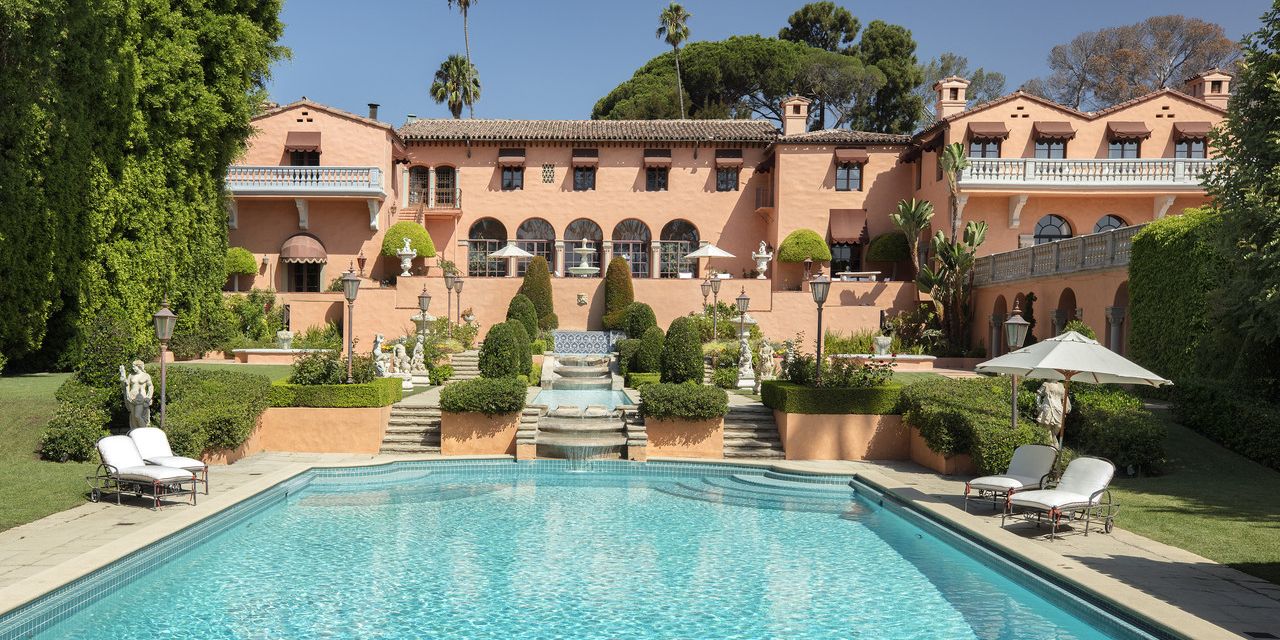 A Saudi prince has expressed interest in purchasing a Beverly Hills estate once owned by newspaper publisher William Randolph Hearst, according to the estate’s owner who put the property into bankruptcy to stop a lender from foreclosing on it.

A Saudi prince has expressed interest in purchasing a Beverly Hills estate once owned by newspaper publisher William Randolph Hearst, according to the estate’s owner who put the property into bankruptcy to stop a lender from foreclosing on it.

The estate, known as the Beverly House, is a nearly 40,000 square foot Spanish Colonial-style mansion that includes 17 bedrooms, 29 baths, a commercial kitchen and art-deco nightclub. The mansion was the location of a memorable scene in “The Godfather” where an enemy of Vito Corleone finds a severed horse head in his bed. John and Jacqueline Kennedy spent part of their honeymoon at the estate.

Leonard Ross, a lawyer and real-estate investor who has owned Beverly House since 1976, said Saudi Prince Abdullah Bin Mosaad bin Abdulaziz al Saud has expressed interest in the estate and will be in Los Angeles during the first half of December. Prince Abdullah owns English Premier League club Sheffield United, after prevailing in a legal dispute this year for control of the club.

Mr. Ross has asked a bankruptcy judge to approve a listing agreement with two real-estate agents so that they can show Prince Abdullah the estate. He wants to list the property for $125 million, less than what the estate has been listed for in recent years.

“Prince Abdullah will be in Los Angeles during the first two weeks of December and it is urgent that the two agents be allowed to show the property him,” Mr. Ross said in a declaration filed Wednesday in the U.S. Bankruptcy Court in Los Angeles.

Los Angeles has a glut of high-end luxury properties for sale and many homes listed for more than $100 million have had their prices slashed. Beverly House was listed for $135 million in 2018 and $195 million in 2016. The estate was appraised for $119 million in July, bankruptcy papers say.

Mr. Ross placed his limited liability company that owns Beverly House into chapter 11 bankruptcy earlier this month to get breathing space from creditors while he attempts to sell the estate. A lender owed more than $40 million attempted to appoint a trustee to takeover the property before Mr. Ross put the estate into bankruptcy, automatically pausing the litigation.

Creditors with debt secured by the property claim to be owed about $67 million, bankruptcy papers say. Mr. Ross said in the declaration that he is concerned creditors could interfere with his attempt to show the property to Prince Abdullah.

The estate has been rented out as a temporary residence, filming location and for various events. Beverly House generated about $3 million in rental income in 2018, court papers say.

Have you visited Hearst castle (not Hearst mansion), historic monument? This mansion was his home previously. The message is to make sure you put your expensive properties in limited liability companies so you can file bankruptcy and stop creditors from foreclosing when shit hits the fan!