Well, what to do now? Its an old school defined benefit pension plan… 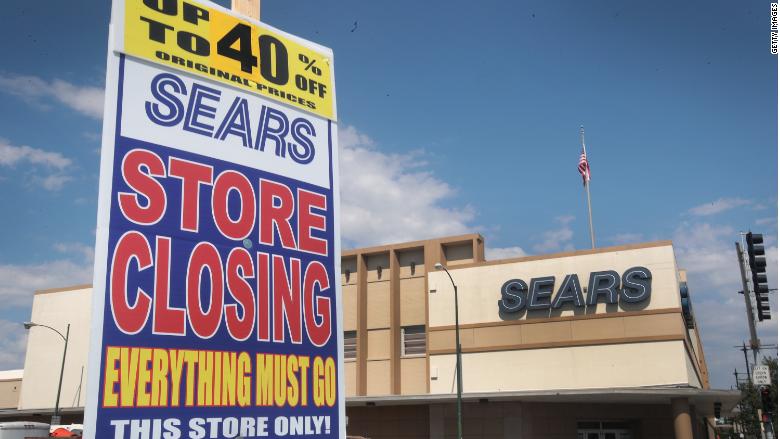 What's killing Sears? Its own retirees, the CEO says

Many experts blame Eddie Lampert for the company's misfortune, but he blames what Sears has to pay retirees.

That’s a BS excuse. Their same-store-sales have been declining for a very long time. As long as that’s happening, the company is just delaying an eventually bankruptcy failure.

Their business models are outmoded. Sears, Macy, JCP and similar should either change business model or face inevitable bankruptcy. Nowadays, the in-thing is multi-channel or at least O2O (online to offline).

I think viable private label brands are a must. Just look at Costco’s Kirkland brand. It allows a retailer to have better prices and higher margins. It takes time to get consumers to trust the brand, but once you do it’s a cash cow. Plus, it’s differentiation as you’ll be the only store that offers that brand, and it makes you less dependent on the major brands everyone else is carrying. Also, more and more major brands are opening their own retail stores with exclusive styles for their own stores. That hurts department stores. Coach and Kors were leaders in that trend.

Sears gets approval to pay $25.3 million in bonuses to top execs after filing for bankruptcy https://t.co/4P5rb6GKiC

" Sears, once the nation’s largest employer, has an estimated 100,000 retirees still eligible for benefits under the pension plans, according to a federal regulator. By comparison, the company had only 89,000 employees as of February, and many of them have since left the company because of store closings."