Yogi: Nobody goes there anymore. It’s too crowded. 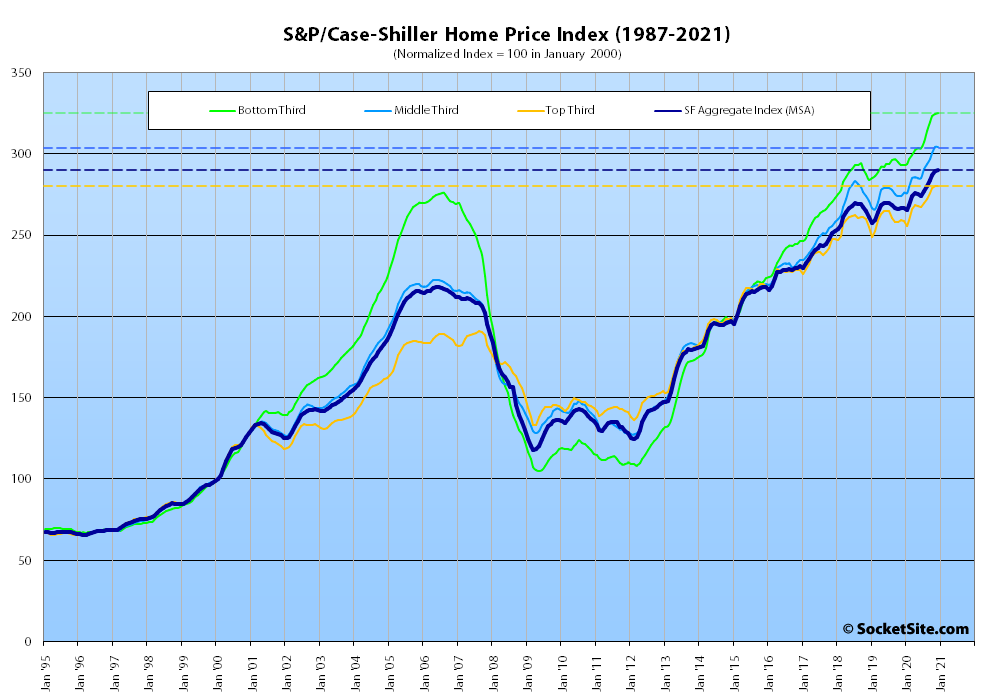 Having inched up an upwardly revised 0.9 percent in November, the S&P CoreLogic Case-Shiller Index for single-family home values within the San Francisco Metropolitan Area – which includes the East Bay, North Bay and Peninsula – was unchanged in December, ending the year 8.7 percent higher on a year-over-year basis versus 10.4 percent higher nationally and the only major market not to record a November to December gain.

At a more granular level, the index for the least expensive third of the Bay Area market inched up 0.1 percent in December for a 10.9 percent year-over-year gain, while the indexes for the middle and top thirds of the market were unchanged in December and ended the year up 10.1 percent and 8.2 percent respectively.

I thought everybody is moving to Texas and Florida?

Love how bottom tier dropped the most on the way down and go up highest on the way up. So based on the market cycle, buy the right tier.

Ours is the most expensive market in the nation. Our bottom tier actually beats the pants off the top tier in most markets…

I thought everybody is moving to Texas and Florida?

You got the wrong memo. They move away from 7x7