Shut off power to vacation home?

I’ve heard differing things. Shutting off the water is a no-brainer but if one visits say 6-12 times a year some folks recommend shutting off the electricity and others say you will just wear out breakers not designed to be toggled that much. In newer homes do fires really happen because appliances like kitchen stoves somehow started themselves when no on was there? Few people turn off the power if they are gone for the weekend or even a bit longer. Keeping the temperature at 50 or so also discourages mold and mildew growth as well as warping of floors and deterioration around windows.

Keep the power on. Hard disconnect appliances like TV, computer (not just turn them off, but remove plugs from outlets) to protect from surges. We have a vacation home that I probably won’t visit until New Years, everything is unplugged except the fridge. I did turn off the breaker for the electric water heater though, since it’s hardwired. I’m always suspicious about water heaters - when the water heater is turned off, I turn off the gas or electricty.

I don’t think it’s that hard to replace the breakers. I can see shutting off the electricity.

We have a dishwasher that at one point kept drying after the cycle was done (like it stayed on overnight). Also, if a mouse/rat bites through the power lines, could start a fire.

I think the biggest thing though is to save on power. If everything’s shut off and PG&E keeps charging you, you’ll know to challenge the bill. Probably should do the same to the water every once in a while to check the meter. Had a friend that shut off the water at the meter and it kept spinning. It probably broke after the rain flooded the hole and the meter. But at least she had proof that she wasn’t using as much water as they said.

Thanks.
Power is by a little local cooperative called Trico. Easy to deal with if there’s problems; just go by the office. Water is trucked in, eventually there will be a well. Was planning on turning off water to the house but leaving it connected outside for drip irrigation. All I have to lose is one 5000 gallon tankful if there is an outside leak. $150 - no biggie. 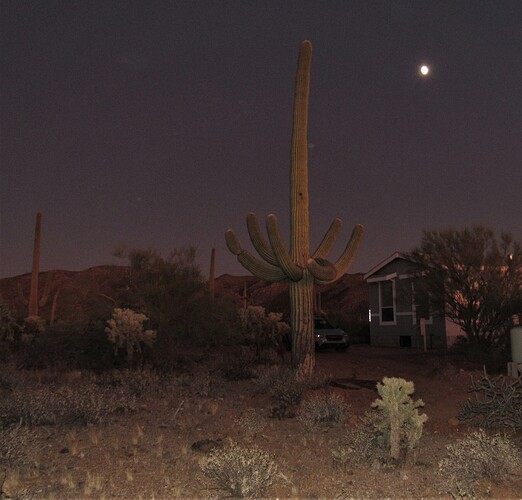 You guys have vacation home? Wow

Sometimes I need a vacation from my retirement in the mountains so now I can go to the high desert.