Zooming in on those high San Francisco Bay Area tech salaries, up an average 5 percent for the year, Hired sifted its data by specialty. According to its numbers, engineers working in augmented and virtual reality topped the Silicon Valley pay scale, with average salaries jumping 13 percent in 2020. That increase pushed the pay scale for AR and VR engineers well above those working in natural language processing (NLP), engineering management, and search. Those latter experts had topped the charts in Hired’s 2020 report. (This data, collected from interview requests posted on Hired, did not include bonuses or benefits.) Another cut at the data, by the folks at levels: 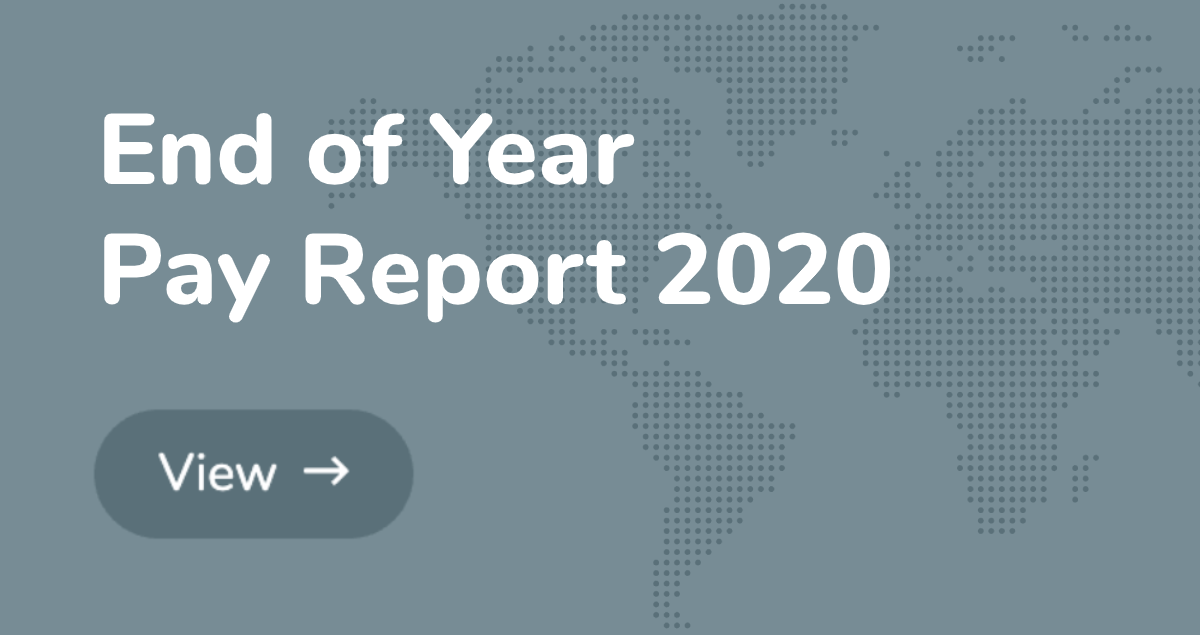 See how much the top companies are paying for software engineering talent. 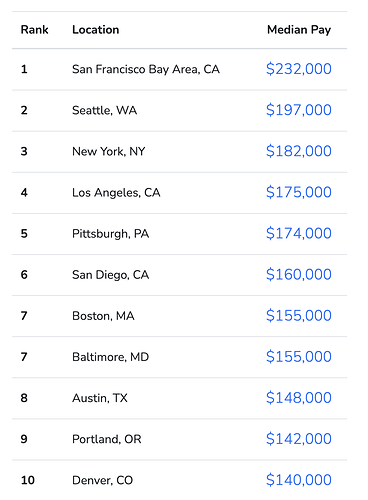 Entry level making over 200K… no wonder our housing market is so darn expensive. 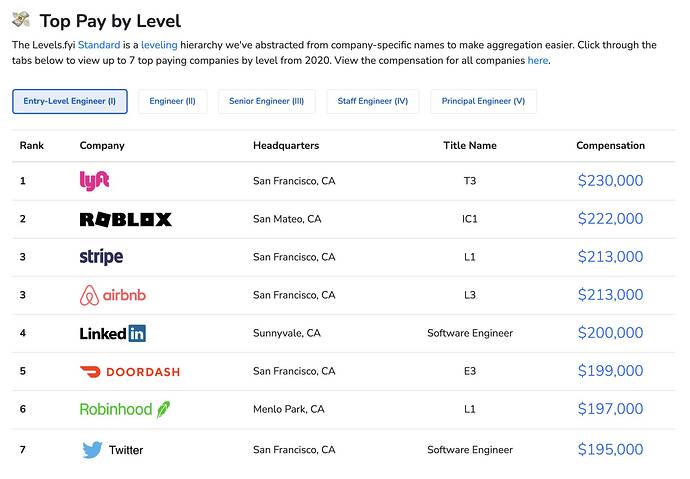 A few years on the job and TC doubles… TikTok cracks Top 10. No wonder it’s so good. 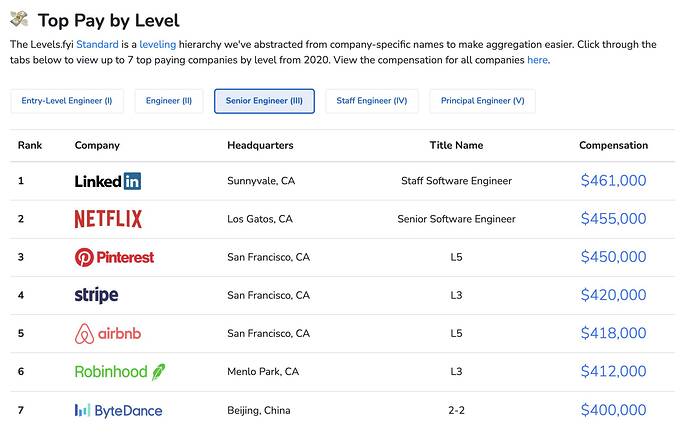 This all Fed money printing gone wary. how Linkedin and Netflix can give such salaries. No one knows Netflix subscribers. and even $100 a year per household. 100 million household can barely create $1B revenue. and that is in first world.
while real engineers are starved of funds. and this will show up in inflation and quality of life.

Disney+ vs Hulu vs Netflix: How Many Subscribers Do They Have?

Even with 60 million global subscribers, Disney+ has nothing on Netflix.

You realize this stuff is PUBLIC information. They are publicly traded. You can also lookup their revenue. I know it’s better for you to just make up random non-sense that fits your emotions.

Even if you take there number on face value of 200 million subscriber. its $20B revenue. you do realize they have free months. every Samsung TV has now netflix button. i am sure they are paying Samsung to have Netflix on TV. why Neflix should be valued differently than ATT?

You’ve got one of the largest collections of 4K content and catch-up apps at your fingertips, including Apple TV, Netflix, and Disney+. It’s never been easier to find what you want with Bixby, Alexa and Google Assistant voice control built-in.

Entry level making over 200K… no wonder our housing market is so darn expensive.

You should stop using nominal value to assess your net worth. Should express it in terms of your Primary. Over the last few years, did your NW, expressed in terms of Primary, grow? I believe not much

Given the fast depreciating dollar, express your NW in dollar is misleading. You can use gold or bitcoin too but… you would be depressed! Your NW has decreased!

What is your point? Their TTM revenue is $25B. Again, info that’s easily and readily available. Yet, you always prefer to pull numbers out of thin air. You claimed barely $1B in revenue, and it’s $25B.

We get it. You’re grossly out of touch with reality. You prefer to make up numbers that fit your narrative instead of simply looking them up.

$25B is hype. real revenue will be $1b. it is attached to so many platforms that no one knows who is really paying. i just went by extreme number of per household globally.

I’m just going to sit back and laugh at you. Holy cow. Yes, audited financial results are “hype” and “real” revenue which is a number completely made up by you is 1/25th that. LOL

who is laughing now… any one can come with random number.

Disney Plus’ success continues to grow.

Sky Europe that operate in almost 200 million population has 23 million subscribers. minimum is almost $40 per subscription. with avg subcription price of $60 to get its revenue figures.
but this include Neflix and internet and all kind of bundles. Europe has much bigger middle class that has disposable income. so i doubt we have so much subscribers over the top of internet cost.

So you think Netflix and Disney+ lie about their number of subscribers and revenue? How would Netflix lie about revenue?

once you understand what i wrote you will not keep asking the same question. just enjoy 2% inflation rate.

I’m waiting for some actual proof not you doing crazy speculation and extrapolation. I think the issue is your comprehension of what you read. You come up with some pretty far out theories which are crazy based on your source material. I mean according to you every subscription company fakes it’s numbers and all the repot of financial results are bogus. You think every company that’s subscription based is a fake, zombie company.

did i speculate on any topic?
I said Tesla and Apple hype (stock price) is all depended on China and EU and it is still true untill this day

I am the first one when i said German cars are decreasing discounts and decreasing the choices of models for sales here… No one had a clue why i made that statement.
It was much before all the chip shortage stories in Auto industry.
There is plenty of information i posted regarding energy and silicon industry. China-EU cargo trains etc. none of those trends have proven inaccurate. it is for those who understand.

$25B is hype. real revenue will be $1b. it is attached to so many platforms that no one knows who is really paying. i just went by extreme number of per household globally.

Do you have amnesia? You speculated by pulling pure garbage out of thin air. Then you’d double down by saying Disney+ 100M subscribers is a random number.