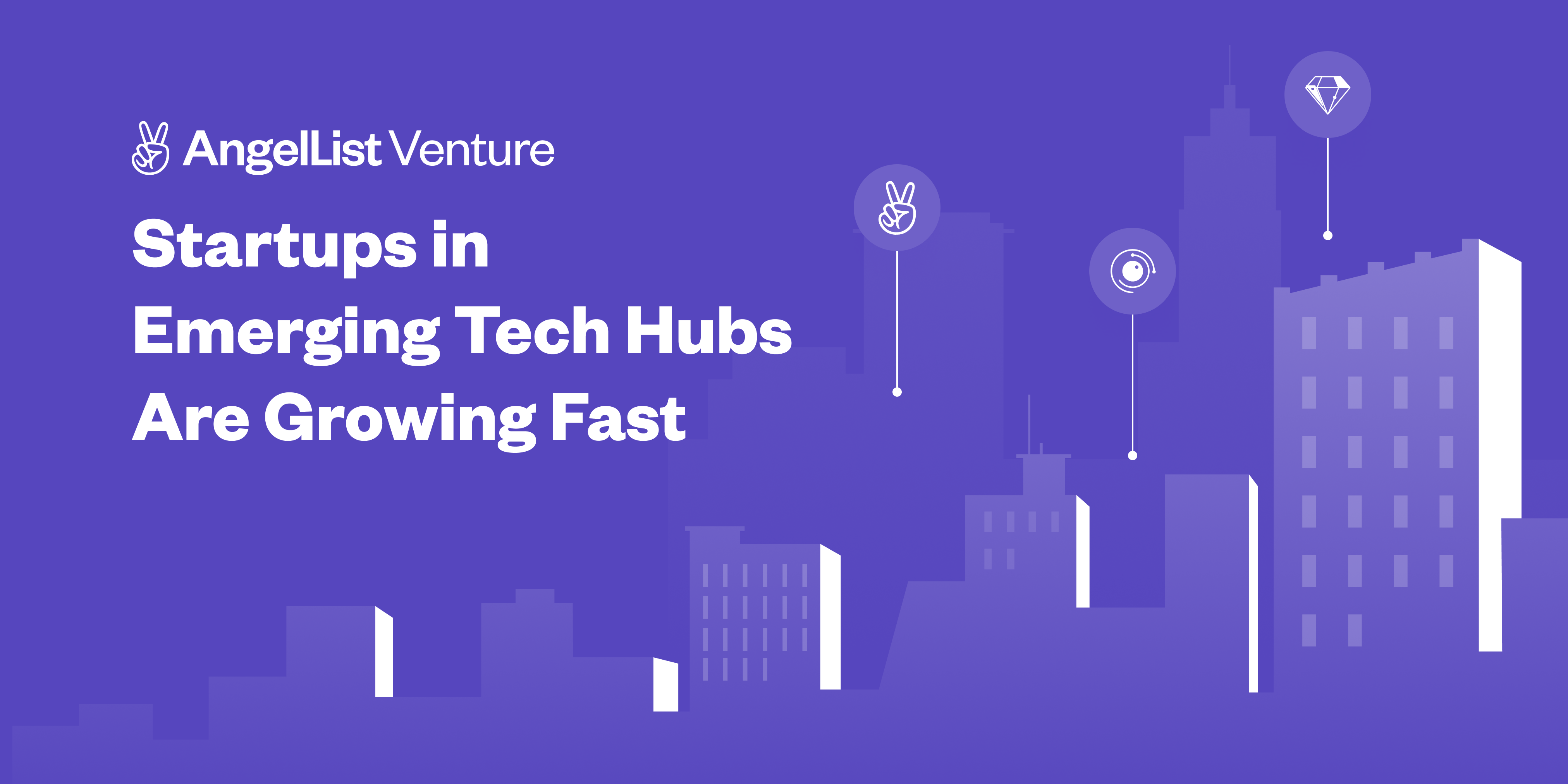 Below is for @manch’s attention,

I think we’ve all noticed that VC valuations in SV were out of control. The IPO is the new down round for a lot of them. The hype machine doesn’t get as out of control when startups are elsewhere. 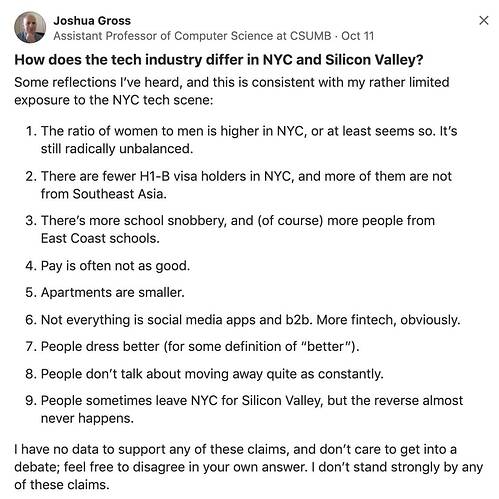 But not the most important #1? I thought there’d be more women in the NYC tech scene.

sorry I missed 1. For dating hands down NYC is a treasure island for single males! but I don’t know how it is in tech industry though. My team had more male than female.

Not tech specific but the density of NYC is the x factor when it comes to meeting the ladies. For most guys, it’s a numbers game.

I think the guy’s #6 is off the mark. He said there’s more fintech in NYC than here. My impression is the opposite, that we actually have more fintech here in the Bay than NYC. Look at all the names mentioned in the fintech thread. What are based outside of Bay Area? Very few. I can only think of Lemonade. Any other big names in NYC?

Finance’s center of gravity is shifting to the Bay Area more and more. With crypto and the whole DeFi movement, the trend will only accelerate.

the challenge with non SF tech hubs is the attitude. Many of the reasons these places weren’t tech hubs in the first place seep into the “startup” culture. In the Midwest, the VCs have low appetite for risk, expecting a return almost immediately and are not as comfortable with a startup failure as the VCs in SV. The east coast, while it has gotten better, is still very much a “where did you go to school” and “who is your family” sort of culture at the top echelons, whereas the founder led wealth out here, along with all the rich immigrants, place less importance on “who is your family, school, etc”.( IIT, Stanford still matter). the brand names that carry people here are where they worked, not where they went to high school (private) or if they are old money or not.

Not much change in attitude. Meet your new boss - same as your old boss. The only thing different in silicon valley is large numbers of foreign engineers (h1b) in last two decades. Until 2002, engineers were mostly US educated. Hiring of engineers directly from US operations in foreign countries picked up after 2005. Pedigree, schooling etc still matters but not so much among the engineers and programmers.

Pedigree, schooling etc still matters but not so much among the engineers and programmers.

It matters in how fast you get promoted.

The positions that are fewer in number, the pedigree, schooling, background, and identity becomes important. For example to be president of USA, you do not even need to be able to say a complete sentence. But, other things matter. To become a landscape engineers - nothing matters so long as you know how to push a lawn mower. For jobs that are only few hundreds in numbers, network, schooling etc play a very big roles (or the only role).