New jersey prepares to raise taxes.
Is there a ranking of states by fiscal situation (worst to best)?

To quote:
"Murphy, a Democrat who replaced term-limited Christie on Jan. 16, said his goal is to give New Jerseyans more value for their tax dollars; instead he plans on bleeding them dry. He has promised additional spending on underfunded schools and transportation in a credit-battered state with an estimated $8.7 billion structural deficit for the fiscal year that starts July 1.

“If we enact another budget like the one our administration inherited, our middle class will continue to be the ones shouldering the burden, while seeing little in return,” Murphy said Tuesday in his budget address to lawmakers. His solution? Socialist wealth redistribution: “A millionaire’s tax is the right thing to do –- and now is the time to do it.”

A better way of putting it, as Bloomberg has done, is that New Jersey’s budget “would raise taxes on almost everything.”

Of course, that is not a politically palatable thing to say, so let’s first crush the millionaires; the same millionaires who - like David Tepper in April 2016 - have decided they have had enough and departed for Florida long ago, taking with them hundreds of million in foregone taxes. Because what New Jersey fails to grasp, is that the truly rich can pick up and go at a moment’s notice, and transfer to any place in the country (or outside of it) that actually does not endorse daylight robberies."

How about my post on the property tax rankings by state?

Sorry to remind you that you have another month or so before needing to pay that 2nd property tax bill(s)… https://wallethub.com/edu/states-with-the-highest-and-lowest-property-taxes/11585/#real-estate

It always starts with taxing the rich more then trickles diwn to taxing everyone more. There’s no end to the desire to grow government. A new study ranks the 50 states according to their financial condition. How does your state rank? 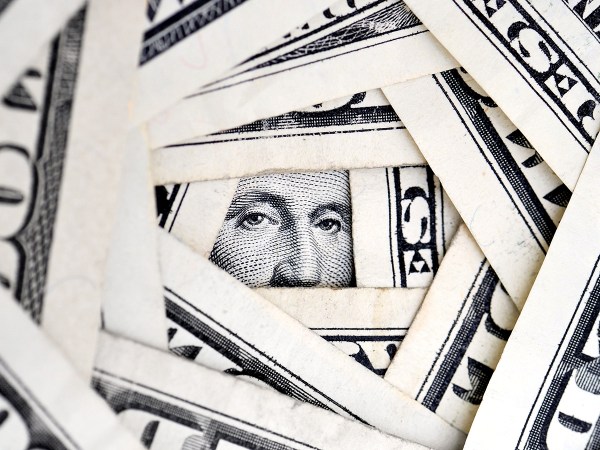 Everyone Tries To Dodge The Tax Man, And It Keeps Getting Easier

Each year, Americans of all stripes underpay the IRS by hundreds of billions, aided by the fact that the agency lacks the resources to catch all the cheaters.

The IRS should be more bloated. This arm actually brings in revenue! Come on priorities people!

My IRS buddy has been telling me this for a long, long time now…