Elon Musk recently told attendees at the South by Southwest festival that two things are keeping him up at night: an apocalyptic future created by artificial intelligence, and production delays of Tesla Inc.’s TSLA -4.45% Model 3 car.

Mr. Musk has good reason to worry about Tesla. The auto maker is entering one of the most critical phases in its history, a make-or-break period in which Tesla must boost production of the Model 3 or possibly face severe financial consequences.

In April, Tesla will reveal whether it is on track to meet an ambitious second-quarter target of producing 5,000 Model 3s a week—a goal that it already twice delayed. The Model 3 is Tesla’s mainstream electric-car offering, priced more affordably than Tesla’s luxury models, and a key part of Mr. Musk’s strategy to broaden the company’s business.

Meeting the goal of 5,000 Model 3s a week by the end of June is critical to generating enough cash to sustain operations without having to raise more capital. Tesla burned through on average about $1 billion a quarter last year, largely because of heavy investments to bring production of the Model 3 online. That left it with nearly $3.4 billion in cash at year-end, suggesting that at a similar pace it would be out of cash later this year unless it can raise more funds or substantially boost production.

UBS analyst Colin Langan calculates that Tesla will continue burning cash until it reaches the 5,000-a-week inflection point for a quarter, a milestone that he calculates would generate about $1 billion in working capital in the short term.

If Tesla can’t meet the goal, it would face greater pressure to raise money from the debt or equity markets, which could be challenging if investors lose confidence. Tesla says it has $2 billion in unused credit facilities and funds, though some of the capital is subject to specific conditions for use. However, it also faces higher interest payments tied to $10 billion in debt and increased costs associated with the production ramp.

Since going public in 2010, Tesla has burned through about $10 billion in cash, an unusually large sum for a publicly traded U.S. company of its size, said Bernstein analyst Toni Sacconaghi. Tesla has a market capitalization of roughly $57 billion.

Barclays analyst Brian Johnson expects the company to raise more money in the third quarter if it proves it can build 5,000 Model 3s a week—a rate equating to roughly 250,000 vehicles in a single year, about what a typical automotive factory produces.

Mr. Musk said at SXSW that Tesla is “making good progress” on Model 3 production. He is grappling with these challenges after losing a number of financial executives. In recent days, Tesla’s chief accounting officer and treasurer both left, following last year’s exit of the financial chief and last month’s departure of the top sales executive.

Mr. Musk has repeatedly defied the odds. At SXSW on Sunday, he recounted how Tesla nearly went into bankruptcy in 2008 when money ran tight. Although many investors shorted the stock over the years, he proved Tesla could build a global luxury brand of electric cars with a devoted following beyond environmentalists.

But Tesla is no longer a startup. It is a 38,000-person company that is trying to compete with the world’s largest auto makers. Mr. Musk has eschewed operating profit and racked up debt as he chases his dream of making a mainstream electric sedan. He had earlier pledged to deliver 500,000 vehicles this year, about five times last year’s total.

These hurdles have weighed on Tesla’s stock. Its share price has stalled since surging in early 2017 to give it a market value rivaling General Motors Co. The stock has fallen about 14% since around the time it began production of the Model 3 nine months ago.

“Some big investors are losing patience,” said Nathan Weiss of Unit Economics, a research arm of investment firm Weiss, Harrington & Associates LLC, which has a bearish bet on Tesla but doesn’t own shares. “They are less excited about it than they were a year ago.”

Some investors are watching indicators of credit strength that are generally regarded as a gauge of a company’s likelihood of bankruptcy, such as the “Altman Z-Score,” which was developed by a New York University professor, Edward Altman in the late 1960s.

Based on the Z-Score formula—which takes into account a number of variables, including share price, working capital, retained earnings and other items—Tesla had a score of 1.26, its lowest score for any quarter since 2014. Any company with a score below 1.8 is considered distressed by many investors. A score of 1.0 or lower suggests bankruptcy is likely within two years.

Three of Tesla’s 10 largest shareholders have recently sold shares of the auto maker, according to the shareholders’ latest quarterly filings. Fidelity Investments, the second-largest Tesla shareholder behind Mr. Musk with a nearly 10% stake, sold close to one-third of its shares in the final three quarters of 2017, filings show. A Fidelity spokesman declined to comment.

Other shareholders have piled in. T. Rowe Price Group Inc. more than doubled its stake in the fourth quarter, making it the fourth-largest owner of Tesla shares.

Nothing unusual here, Mr. Musk is used to last minute financial crunches. Walk in the park…

The new Nissan Leaf is a Tesla killer. 200 miles per charge. Tesla has run out of time

Nissan’s next-generation Leaf was expected to have a battery pack option to push the range over 200 miles in order to compete with Tesla’s Model 3 and GM’s Chevy Bolt EV, but it e…

Then go put your money where your mouth is and short some TSLA.

If Nissan Leaf is a Tesla killer then Toyota Camry is a BMW 3 series killer since both of them have petrol engines.

Point is Leaf and Tesla do not cater to the same customers and are entirely different products only similarity being electric propulsion.

However, Tesla does have major challenges ahead because competitors are coming in very fast and very soon such as Jaguar, Porsche, Audi and Volkswagen. Unlike Tesla scaling up is not a big challenge for them.

If too much competitor for cars, musk can sell solar panels and make money off Sun.

No pain no gain. If Tesla were already at the level of these established car companies then we wouldn’t even be here talking about it.

Tesla vs Porsche. Which you rather have? 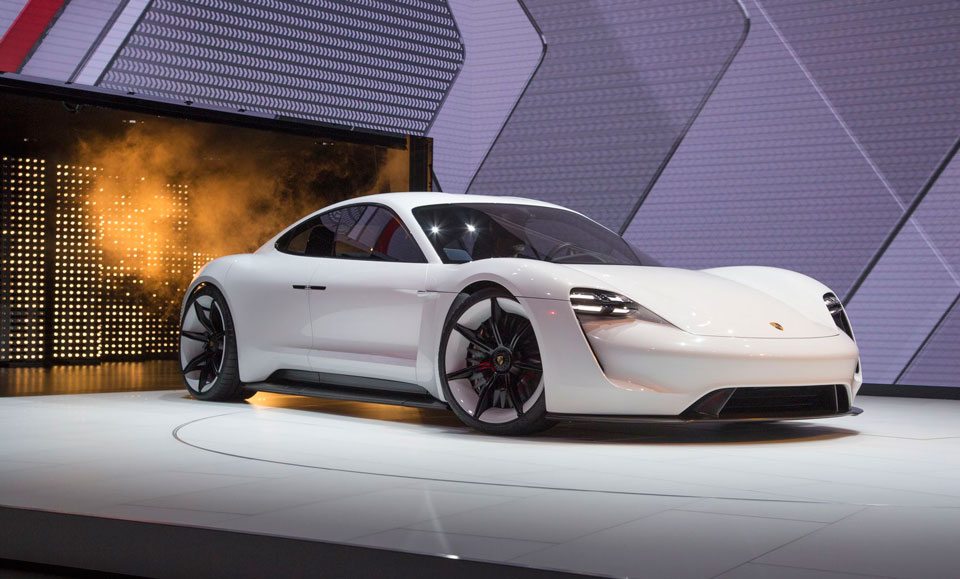 Porsche's Tesla killer has just been given a tentative release date and price - and it's a lot more affordable than most would have expected.

I have to wonder if Porsche’s new car is a good thing for Tesla–it pretty much justifies Tesla’s cars as the new norm. And if Porsche’s car doesn’t perform as advertised, Tesla looks even better.

I should have kept this one as a garage queen

Tesla’s honeymoon period is about to close.

But we don’t hear from one or two guys on this forum who allegedly bought a Tesla, right?

They could be your best source of information about this affair.

Last December I went to the Tesla showroom in Stanford mall. They promised a car in 60 days. Before or after you died?

“The price on Tesla’s eight-year junk bond, which matures in 2025, fell to its lowest since it was issued in August. It hit 90.8 cents late Tuesday afternoon just ahead of the Moody’s announcement, according to IHS Markit.”

“The credit ratings agency also said the electric car maker will likely need to raise more money in the near future to meet its cash needs and maintain its expected pace of expansion.”

Tesla shares drop more than 8% to the lowest in nearly a year on fatal crash...

Tesla shares were under pressure Tuesday and are now down 20.5 percent in the last one month.

Unless Elon Musk “pulls a rabbit out of his hat,” Tesla will be bankrupt within four months, says John Thompson.

I think he needs to get on his Mars spaceship and head out.

Doom and gloom to the extreme…

Buy when others are fearful

Elon and Tesla have a lot of naysayers. It’s all very well documented, but people treat it like it’s some type of Enron scam. It doesn’t seem to be that.