Tesla: what magic will they pull off now?

Rumblings are Q2 deliveries will be below their forecast. They’ve started to heavily discount cars to keep sales moving, but even with that sales are slowing. Model 3 production estimates for this year have been revised significantly lower. Prior estimate was 100-200k cars. Now it’s maybe 50,000. How will they spin this to make the stock go up?

They claim production starts in 2 weeks but in August they’ll make 100 cars. That’s a PVT build not production. Then they’ll build 1,500 in September and “should” reach 20,000 in December. That’s so far below the previous 100-200K this year it’s laughable.

They raised how many billions, and they can’t hire someone who knows high-volume vehicle production. Part of the brilliance of Jobs is he knew he needed Cook. You have to be able to manufacture to keep up with demand. The fact they refuse to solve it raises the question of if they are lying about demand.

Doom and gloom. Don’t worry, be happy! Things will resolve themselves. There’s nothing we can do as investors anyways. You can always sell or short the stock though.

Is the model 3 cannibalizing demands for existing and more expensive models like model s? That plus slow ramp for model 3 can mean big trouble.

I’m skeptical they’ll hit the lower ramp for model 3. The ramp for this year is 50% less than previously stated. If you’re a bull, then it’s a great time to buy more on the dip. It’s almost exactly break-even to where I bought. They need to hire their Tim Cook ASAP.

There might be a Tim Cook working there already. You never know… nobody knew who the hell Tim Cook is back in 2000.

I’m guessing he’s not there, or they’d be hitting their delivery numbers every month. The guy that was supposed to be Tim Cook quit when they announced the model 3 ramp plan.

This is nothing new to Tesla. The most threatening obstacle for a company is to go from 0 to 1. Model 3 is not going from 0 to 1. The roadster was ten years ago. This is step 2 to 3. In fact, I am 100x more bullish on Tesla than when I decided to purchase the stock back in 2012.

A new report by Moody's sheds some light into just how important the U.S. market is to Tesla.

Idiotic report. US market is crucial to ALL US based companies. 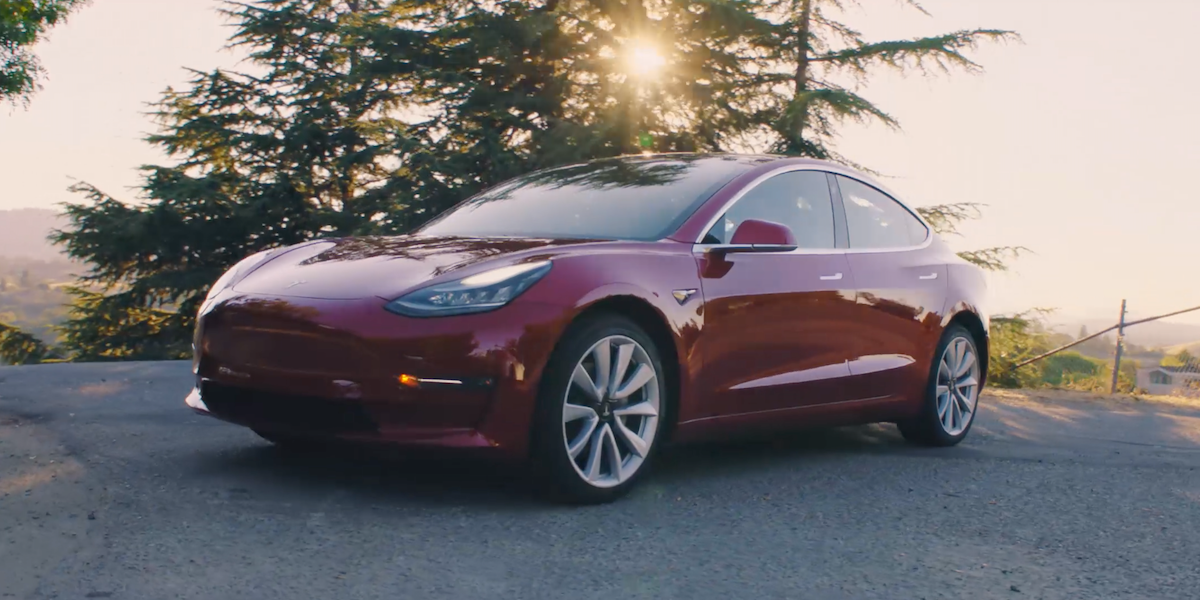 It's all under the hood.

I went to see this storage facility where they store some things for the future manufacturing of Teslas. I can’t say the thing, but they are in the thousands. I told the guy in charge “watch, these things are going to be tossed in the dumpster one day”. How I know it? Because I worked as a production planner so I know about R&D. Lots of waste there and I know the revisions of anything render some parts not even worth to waste money in the effort of dumping them.

I am working on a separate deal with this energy company. They offered me as a bonus, if I hassle, and I mean real hassle, an electric vehicle (EV) Porsche. Down in price, a Mercedes, 240 miles per charge. But what it called my attention is the EV brand Lucid. You guys should check them out. They are local.

Months ago I laughed at people waiting in line for 3 years for a car to come in their possession. I did it because in 3 years and as we know the market is getting competitive on the EV industry, Tesla by then may be your classic monster TV, those 20" side by side ugly TVs that nowadays you see dumped on any street because nobody wants them.

I’m getting my model 3 sometime middle of next year. I signed up on March so only a little over a year wait time… not too bad.

Assuming every Tesla car buyers invest in TSLA, how many investors are there?