The GOP tax plan could be the death of Prop. 13 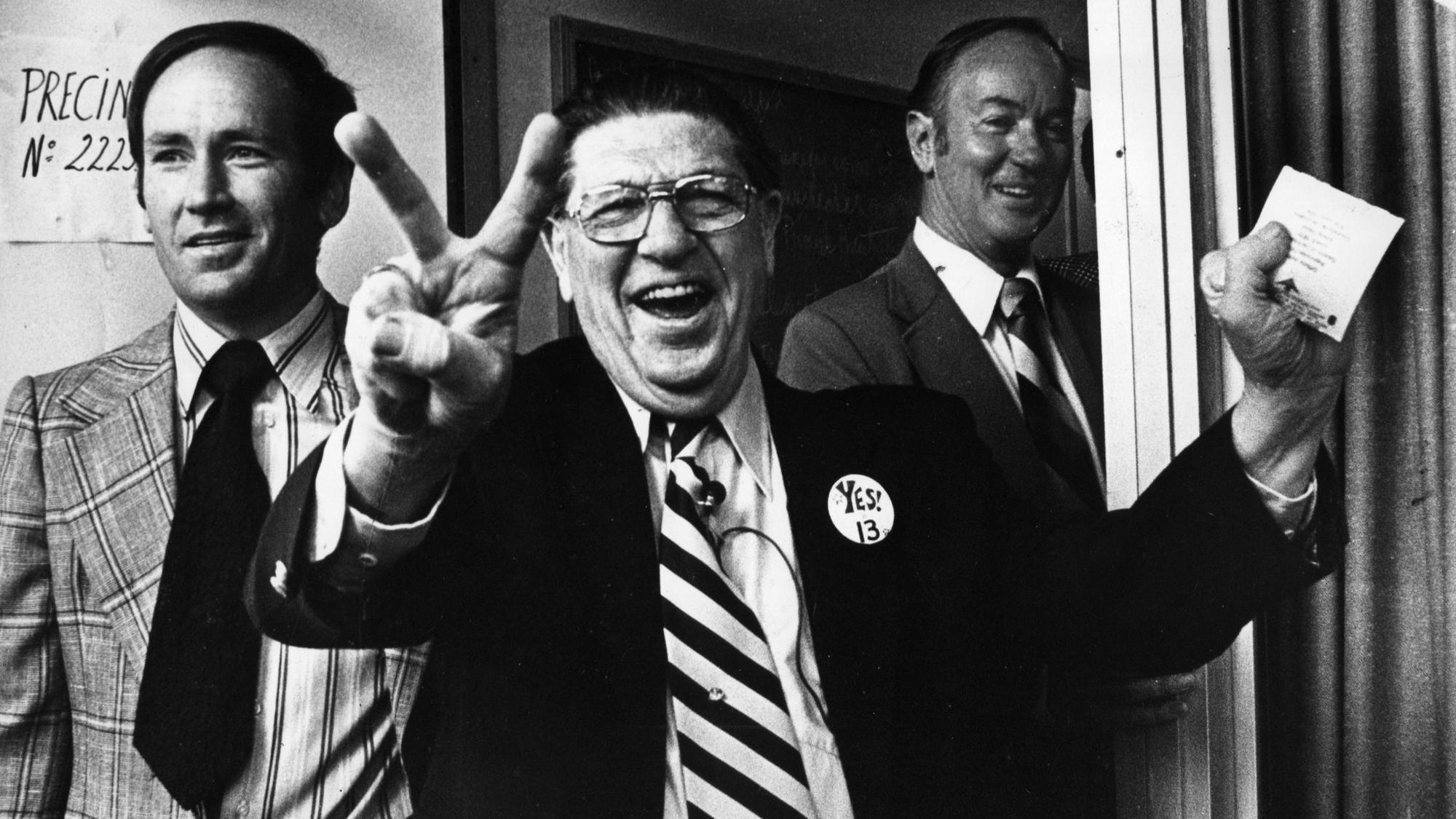 The GOP tax plan could be the death of Prop. 13

Congressional Republicans could prove the catalyst necessary to end Proposition 13 once and for all.

The natural response to this turn of events would be to rebalance the revenue mix. California Democrats could offer a bargain: Lower personal income tax rates combined with a property tax rate more in line with the rest of the country. Of course, that would require voters to first repeal Proposition 13, which since 1978 has severely limited property taxes.

Because property taxes remain deductible, Californians likely would save money. And the new tax system would be more predictable, less reliant on volatile income and more on home values, which outside of the historic housing bubble of the 2000s are generally more stable.

The obvious effect of the tax reform is to force all states to abandon income tax and start collecting property tax correctly.
Which one do you want to pay the state? Income or property tax?
What is the effect on SFBA RE prices?
High property tax would have a deflationary effect on house prices.
But what if CA decides not to collect state income tax?

But, somebody, somewhere, you know who, said we would be winning bit, I mean, big time!

This thing about taxes and all the regulations the liar is signing are aimed to states that didn’t vote for him. It is a statehood redesign managed by Bannon, who said he’d love to destroy the America we all know. Look at all the dummies in charge of all the agencies or departments in government, all stooges, not a nobel prize anywhere.

Poor teachers, I was one of them, they spend some $ out of their pockets, and even though they are not business people they can deduct them, well, that is stopping now, they are going to be hurt and our kids will join in that process.

It is a fight against those in the upper class that haven’t bowed to the king. Why do you think he’s attacking Bezos and Mark Z? The liar is envious of what they have done for themselves and for everybody else. He can’t stand anybody superior to him. This liar is sick, a mental case. We all know he has been hurt since Obama made a joke out of him. He can’t stop envying and lying!

Look at his face, don’t you see the same face of those poor angels born with that disgraceful disease Down Syndrome? Look at him closely, you will see it, he has the same eyes, the same physiognomy of a person with a mental disease, he is suffering for the lack of adulation by the entire country which by the way is waking up to see the path of destruction he is leaving. That’s why he travels, he needs to hear a new cheer, a new set of hands waving at him, because he knows tomorrow they will find out the fake he is.

We have lowered the bar so low, a slimy creature can become a presidential candidate now. Saying son of a b…tch was the epitome of how the once glorious POTUS turned into POS. Sorry, but true.

Now, following me, the dog.