The latest Silicon Valley housing idea: on a landfill 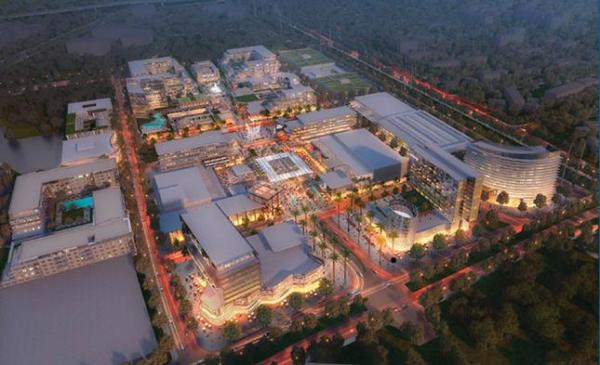 The latest Silicon Valley housing idea: On a landfill

The Related Companies’ plan for a $6.7 billion mixed-use complex including up to 1,680 units of housing atop a former landfill got a boost from environmental agencies.

SANTA CLARA — It’s not your typical site for a new housing development: a former landfill, containing an estimated 5.5 million tons of municipal waste dumped over a quarter century in the heart of this city.

But it’s looking more and more as if the Related Companies’ plan to build a $6.7 billion mixed-use complex with up to 1,680 units of housing across the street from Levi’s Stadium will come to fruition. The project represents the largest housing project ever proposed atop a landfill in the Bay Area, regulators say, and perhaps in the entire state.

Environmental overseers have accepted Related’s massive technical document, which includes elaborate safety systems to block the escape of combustible methane gas and other dangerous vapors, and to prevent groundwater contamination.

It’s near that stretch of Great America Parkway Zero Hedge mentioned a lot of office vacancy.

What could go wrong?

Will settlement be an issue? Any pollution concern?

The article mentioned putting concrete to stabilize the landfill. It’ll be safer than the luxury Millennium tower. Fingers crossed.

It’ll be safer than the luxury Millennium tower.

San Francisco’s Millennium Tower is notorious for its sinking and tilting foundation – but residents say that foul odors also routinely permeate their luxury condos. “I am furious -- I don’t want to be...