The Most Important RE Rule May Be In Jeopardy

How does driverless cars solve the traffic congestion? Your commute can still take the same amount of time, only benefit is that you can relax

How does driverless cars solve the traffic congestion? Your commute can still take the same amount of time, only benefit is that you can relax

Teleportation threatens the laws of real estate. not autonomous cars.
Schools, jobs still will be distant - even if it takes shorter, you will cram more people into area, and will eventually fill up all the spaces regardless.

Teleportation threatens the laws of real estate. not autonomous cars.

Huh? Still talking about teleportation? In future, humans are able to convert ourselves into a ball of energy. We can travel at speed of light (is that something that can travel faster than speed of light widely accepted yet?). No need food or sex or O2, definitely no need dwelling.

My husband Caltrains to/from work. He still complains about the commute.

I think Caltrain is luxurious.

I don’t think the effect of self driving cars will be so straight forward. True, it will make commute less painful because you can just nap in your car. But at the same time, cities will be a more pleasant place to live. Now we dedicated a lot of space to service cars. Self driving + car sharing means we can reclaim a lot of that space for other uses like greenery. Cities like SF would be more green, clean, and walkable.

Heck, we may even be able to build more housing too. Now we have to reserve a lot of parking space for every unit we build. Potentially we can go even denser.

Dense cities are getting more expensive over the years, not less. In a knowledge driven economy human capital is the most important capital. You can’t create anything of importance with people scattering around. You need them meeting face to face over coffee in front of a whiteboard. Location will be more important, not less.

It’ll still cost money to maintain cars. Living further will lead to higher maintenance costs. Even if cars are electric, you’ll need to spend more charging it for a longer commute. Plus, who wants to spend an hour plus in a car even if you aren’t driving?

But at the same time, cities will be a more pleasant place to live

I don’t think self-driving cars will save SF as a city.

Maybe…self-driving porta-potties that make frequent stops. In fact, you could catch them like a bus–get on, go pee, get off at the next stop. 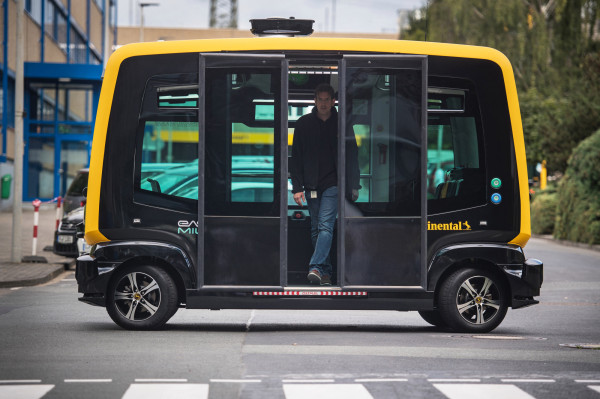 The link between property and transport has been perhaps the most durable in human history.