The Next Silicon Valley is China

Real estate bubble deflating in China. The Chinese bubble now is much bigger than Japan’s back in the 80s. Very dangerous… 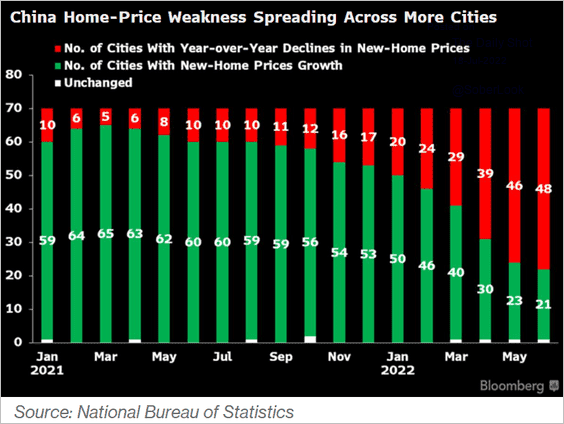 Need to crack down harder.

Semafor Exclusive: Biden will crack down on Chinese tech with a new executive...

Semafor launches this fall, but this piece of news couldn’t wait. To get tech coverage from Reed Albergotti, sign up for his newsletter and…

So my Chinese portfolio will look like this: Tencent, Alibaba, JD and MoMo. I will increase the weight to 1/3 of my portfolio at least, if not more.

Wasn’t part of the campaign narrative that Biden would repair the relationship with China that Trump managed?

I wasn’t aware of such a narrative. Maybe confronting them in a smarter way that involves our allies more, but being tough on China is a bipartisan consensus.

Biden vows to restore U.S. alliances and lead with diplomacy in his first...

"America is back, diplomacy is back," Biden said at the State Department.

He even said he’d repair trade relationships with China after he was sworn into office. How’s that going?

Oh, he also said he’d be tougher on Russia. Russia got so scared that they invaded Ukraine.

We always should try diplomacy first. Nothing wrong with talking nice and carrying a big stick. Diplomacy is a two way street. If the other party doesn’t play ball we have no choice but to use the big stick.

I keep seeing this alternative fantasy on Ukraine. What other things do you want America do right now on Ukraine? We have already sent over 10B of lethal and humanitarian aid and more is coming. Short of sending in American troop Putin got the maximum treatment.

There are actually quite a few people on the right arguing we should just leave Putin alone.

Why didn’t Putin invade sooner? His army was still tied down in Syria. Now there is nothing left in that poor country.

I think we should send them even more weapons, so they can end this fight sooner. Russia is weak. They couldn’t even steamroll Ukraine before we started sending weapons.

I agree. We should send them more powerful weapons. But there is a risk that if we go too big too fast Putin may go nuclear. We are picking up pace, frustratingly slowly for many of us, but I get the concerns.

Now is the golden chance to finish Russia off for good. We better not waste it.

In the coming weeks, Apple and Google will unveil their latest generation of smartphones, jockeying to distinguish the new devices from previous models. But one of the most significant changes will go largely unnoticed by consumers: Some of these phones will not be made in China.

A very small portion of Apple’s latest iPhones will be made in India, and part of Google’s newest Pixel phone production will be done in Vietnam, people familiar with their plans said.

The shift is a response to growing concerns about the geopolitical tensions and pandemic-induced supply chain disruptions that have involved China in the last few years. China has long been the world’s factory floor for high-tech electronics, unrivaled in its ability to secure legions of high-skilled workers and the production capacity to handle demand for the next hot device.

But American companies are seeing more risk there — a perspective forged during the Trump-era trade war, with its tit-for-tat tariffs, and cemented by China’s saber-rattling after Speaker Nancy Pelosi’s visit to Taiwan last month. They fear that basing a supply chain largely in China may thrust them into the middle of its escalating conflict with the United States over Taiwan.

Pretty naive to think we can finish off anyone, especially a huge country like Russia or China. Russia has always been a totalitarian country and always will be. Best we can hope for is regime change. But Putin could live as long as Castro. Best case in the Ukrainian disaster is a weaker Russia like after their withdrawal from Afghanistan. Then maybe they partition eastern Ukraine and we have something like the old divided Germany or Korea. …. With an uneasy truce 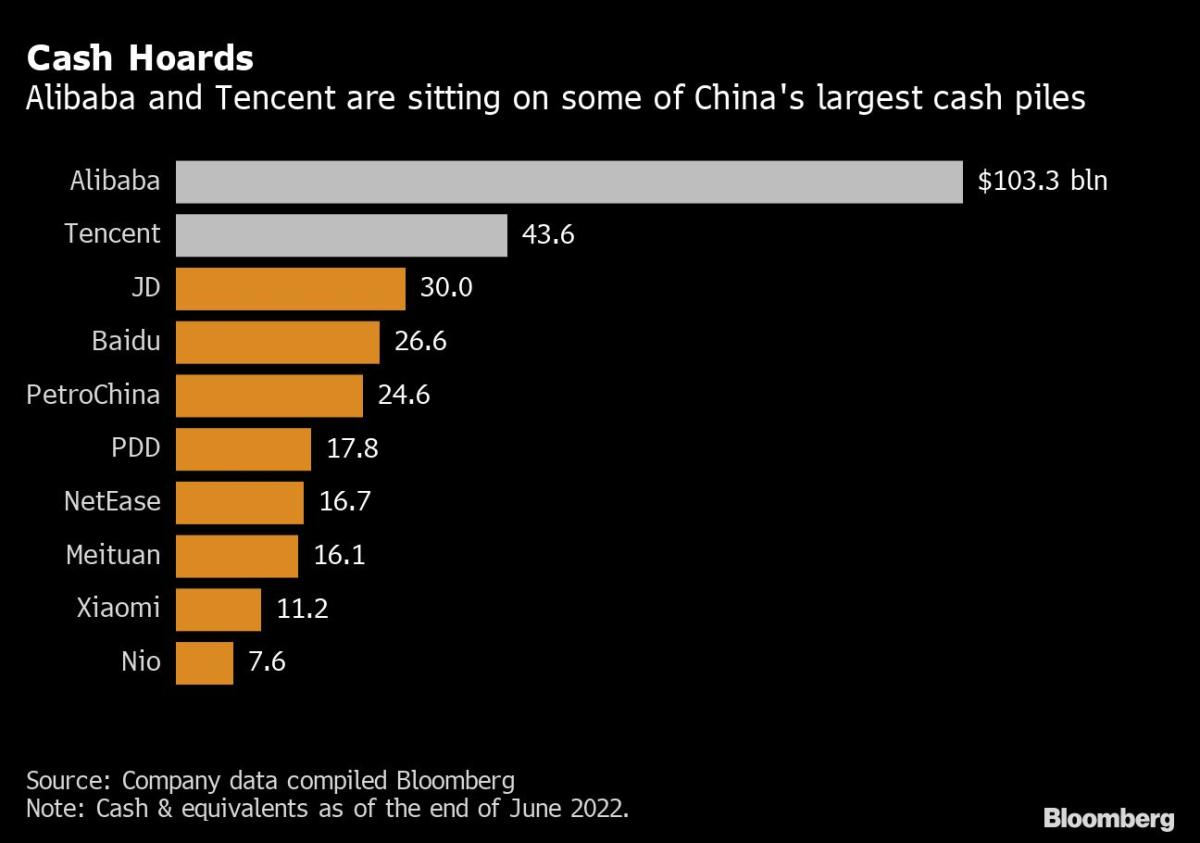 Europe is falling in line. Turns out running labor camps and constantly bullying Taiwan is not the best way to make friends. 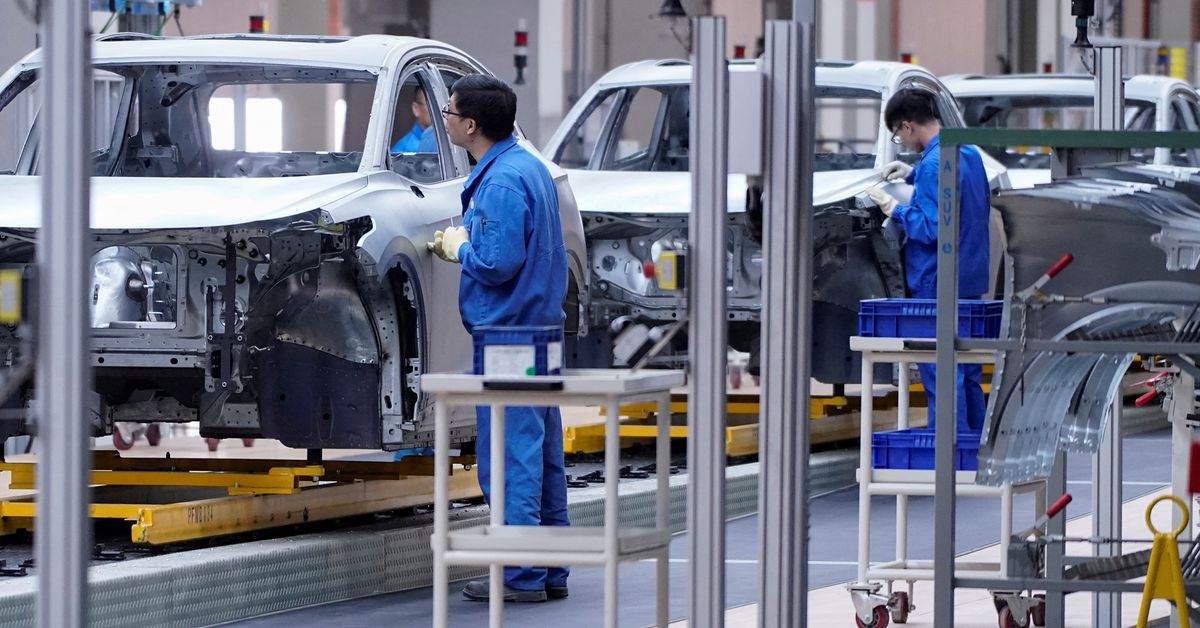 Germany's economy ministry is considering a raft of measures to make business with China less attractive as it seeks to reduce its dependency on Asia's economic superpower, two people familiar with the matter told Reuters.

Chinese battery manufacturer SVOLT Energy Technology on Friday unveiled plans to build an additional cell assembly in Germany to supply electric vehicles, picking the state of Brandenburg - also home to Tesla's gigafactory - as a location. "The...

The squeeze is getting tighter and tighter.

Some sources said regulations would likely include additional actions against China. The restrictions could also be changed and the rules published later than expected.

China's 7nm chip surprise: Not as worrying as it looks

Should we be worried? Well, size isn't everything

Constrained by the US restrictions on chip technology exports to China, the company’s reliance on its home market has risen by more than 10 percentage points over the past four years to almost 70 per cent of revenue.

“Some of the sources said the regulations would likely include additional actions against China. The restrictions could also be changed and the rules published later than expected.”

Um, that doesn’t inspire confidence that they have any idea what they are doing. They probably have the same geniuses working on it that are confused about the internet.

“Lingang may have the potential to be developed into a tech center in the long run. But it’s a daunting task — it’s just too far,” said Pan Jiang, general manager of Shanghai-based hedge fund Kandao Asset Management Co.,

Why need a 4th SV? Already have three.