The Not So Fabulous 7x7

Sure, why not just free housing for everyone??? 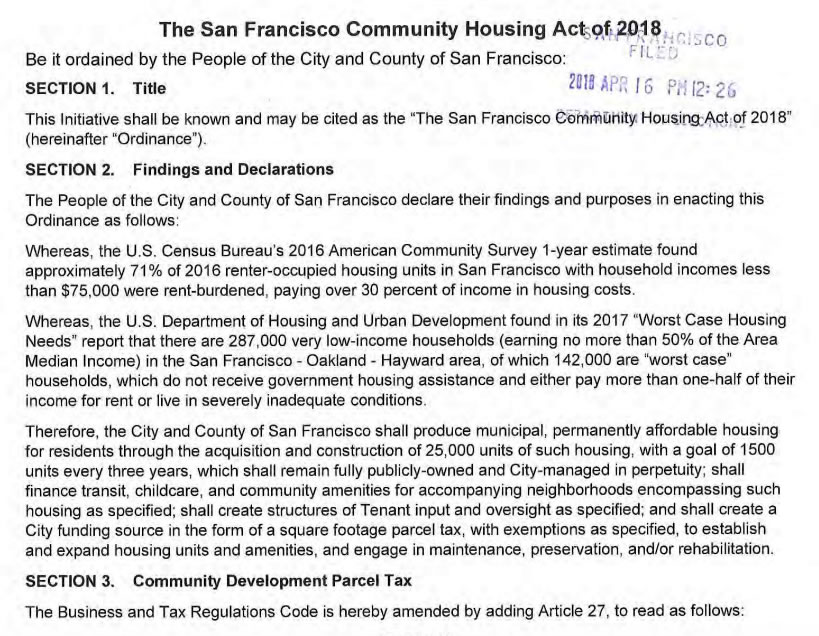 Initiative to Establish a Community Housing Program (and Tax) in SF

The paperwork for a proposed ballot measure to establish a new “Community Housing Program” and parcel tax in San Francisco has just been filed with the Department of Elections. If qualified for a future election and approved by voters, the “SF...

71% of households earning under $75k/yr in SF are rent burdened (paying more than 30% of income in rent). Um, they needed a survey to realize that?

I still don’t get the approach. There’s 282,000 households earning less than 50% of the median. They keep trying to force housing to be cheaper. Why not focus on how to help those people earn more? They literally live in one of the most prosperous areas on earth. Their 1,500 units every 3 years will take 188 years to solve the issue.

“Existing tenants in buildings acquired by the City would get to stay in their units, “no matter their income or residency.” New or vacant units would be offered by lottery to those with incomes of between 10 and 100 percent of the Area Median (AMI) who have been residents of San Francisco for over a year, “regardless of immigration status.” And rents would be generally set at 30 percent of a household’s after tax income.”

The city wants to run a money hemorrhaging business and doesn’t care if the people benefiting aren’t even legal residents. How do US citizens feel about this? They want to determine winners via lottery instead of helping people increase their income which results in merit based benefits.

“In order to fund the program, the act would establish an annual tax of $0.43 per square foot of total building area on every taxable parcel in San Francisco, both residential and commercial, with potential exemptions for the square footage of homes owned and occupied by households with incomes below the Area Median.”

Unfortunately, someone came up with this idea and of course there are enough renting voters who would sign the petition to get this on on the ballot. Simply outmanned again…

Unfortunately, someone came up with this idea and of course there are enough renting voters who would sign the petition to get this on on the ballot. Simply outmanned again…

It’s only a matter of time before they resort to outright confiscation. Watch the couple that night a street. That case could set a crazy precedent if the board of supervisors can invalidate a sale. They didn’t even get their money back. The board forced them to forfeit the land without any compensation. If that stands, property owners in SF better be afraid.