Time To Add Stagnation To Vocabulary? 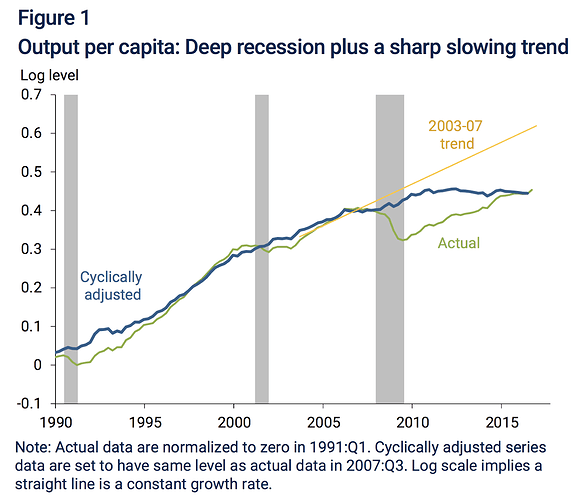 This blog has been consistently warning about the continued pressures on the U.S. (and global) economy.

This is why some people say that despite record highs in the stock market, the economic recovery is sub par. It’s why many people feel like there’s been no recovery at all. It’s why wages adjusted for inflation have been stagnant. It’s why declining unemployment isn’t as much as a positive as the number suggests. It’s why the fed still can’t figure out how inflation is <2% despite “low” unemployment.