Trump is good for RE and financials

Trump may self destruct. .He is pissing off the Republican establishment …The jackals are at the gate…
Love this quote from facebook
"Rut Row. His own party is finally turning on him. Knew this would happen AND it’s def gonna be fun to watch! Sounds like dems can just sit back with some popcorn and watch prez cheeto implode. "

Both parties are in the swamp?

Trump may be the first president in modern history at least who doesn’t pass any major legislation. Real show will begin in 2018. If the democrats took back the house expect impeachment.

Maybe too early to tell, 6 months is much shorter than 4 years.

Obama has made bipartisan a thing of the past. Trump may need to get it back

Obama has made bipartisan a thing of the past. Trump may need to get it back

Trump is at war even with his “own” party.

Market has been really happy about Trump.

Legislative process better to be no rush. Plus all the previous predictions about Trump failed to be true. 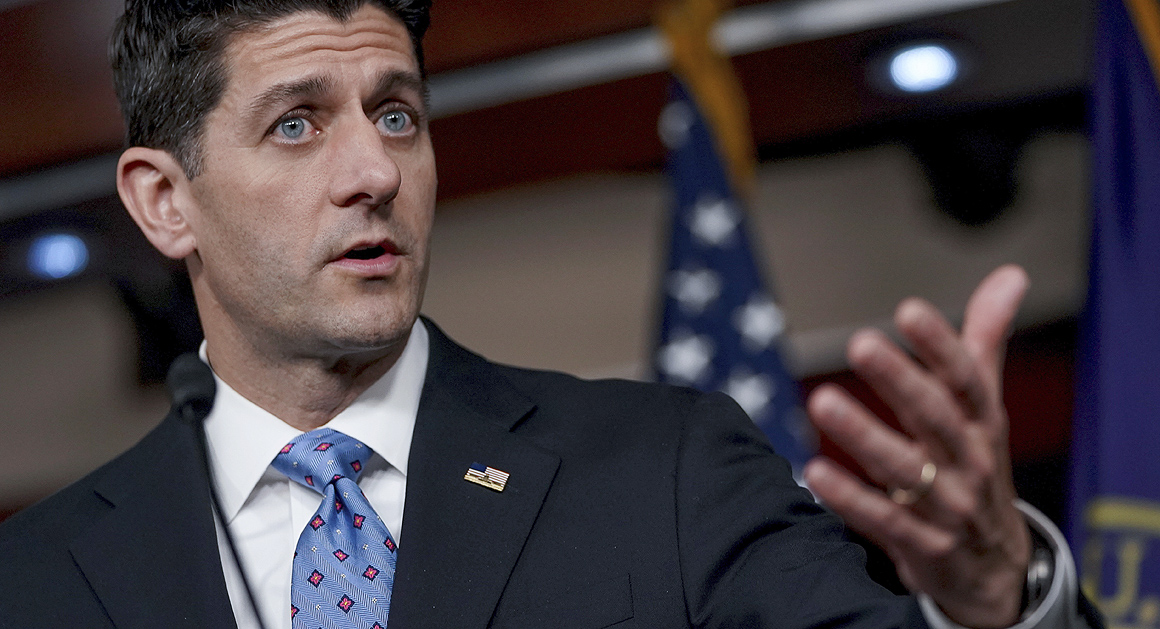 Republicans looking for quick bang from tax reform for 2018 election

Ryan said the top priority is to lower business and individual tax rates, with the aim of reaping economic benefits headed into the 2018 elections.

Wonder if Paul Ryan is counting the votes. Republican congressman in blue states will rebel. He won’t get to 218

Wonder if Paul Ryan is counting the votes. Republican congressman in blue states will rebel. He won’t get to 218

I now think Trump will not pass anything major. “Tax reform” will not be reform at all. Maybe lowering some rates and that’s it. The guy has the attention span of a 5 year old. Even in the middle of Trumpcare fighting in Congress he never stopped making distractions. And just now on a Friday afternoon he fired his chief of staff.

If people like the stock market under Trump they must be hardcore Obama fans.

Doing nothing is better than raising taxes and adding more social welfare spending.

This administration is the worse in this country history. The vulgar president likes to hire people like himself. I am just saying, you either are stupid or dumb thinking this is OK. We are seeing the destruction of a peaceful presidency, foreign dignitaries, service men and women, ex-presidents, women, minorities, races, anybody not kissing the back of this narcissist man are being insulted and his supporters are just standing by applauding.

My apologies, but I have stopped pretending I don’t care what you think. I hope not a single cornflake gets insulted by the words of their own party members.

Any person hired to a job would be immediately disqualified for the job if they said the following: 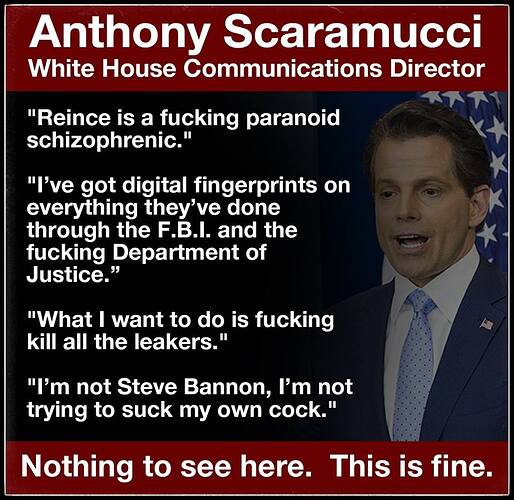 I think we should worry if any party only vote along the party line. If your representative always follows his or her party, you should start worrying.

Communist party is really good at making all the representatives follow the party and give up personal judgment.

Democrats and republicans are not enemies. It’s abnormal to have so much hatred against another party

Fired! Finally something good coming out of that store, I mean, white house.

Gee! This administration is like that bar I used to know and where I played in front of, so many times in my childhood. It was funny to see the revolving door making that squeaky noise, and there it was, another drunk guy on his way out!

It was funny that door, you never knew who would come out of it singing, yelling, or stumbling under the effects of the propaganda, I mean, alcohol.

Trump fired his chief of staff. He wants to fire Sessions. .The guy is a complete moron…Reminds me of Chauncey Gardner…He thinks his job is just like the Apprentice. …where he can fire everyone

We know presidents have their secrets, but they are buried with the people who know them, right Clintons haters?

In this case, this guy is caught in so many lies they becoming the truth for his supporters. He was caught dictating his dumb son what he should have to respond regarding the incident where the Russians, whom are smart on that field, made him bite the bait for supposedly going to find dirt to throw on Hillary.

I love it! He said, and so the Russians pulling the line.

Twhitler should dedicate his time to learn English comprehension. And fishing. Golfing every week when he promised not to do it shows he sucks at it.

By the way, how is that raising the debt ceiling going? I thought Obama was an evil being when he raised it. I bet Republicans won’t do it. And I know I am going to lose my money. Same with Trumpcare, right?

Top Comment - "We are now looking to our corporate CEOs for some moral leadership. That’s how bad things are in Washington." 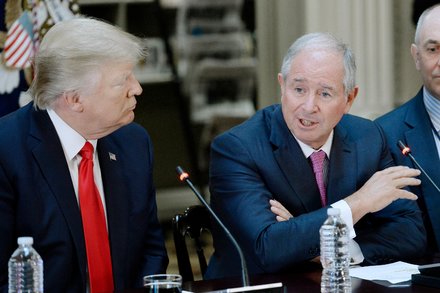 Inside the C.E.O. Rebellion Against Trump’s Advisory Councils

The president announced that he would dissolve two councils of business leaders after a decision by the members of his Strategic and Policy Forum to disband.

Talk about living in a movie re-enactment: “You can’t quit, You are fired”

Talk about living in a movie re-enactment: “You can’t quit, You are fired”

These guys are caught “quitting” too late.