Trump will be impeached today

McDonnell has signaled he will vote to convict. How will the market respond? Looks like playing hardball has backfired. Thus will expose Trump to many lawsuits and criminal investigations. Plus all his businesses are in deep trouble. The PGA will severe all ties to his golf courses. He may be good at checkers but he is terrible at chess.

My guess, either way impeached or not. market won’t be affected, but likely jump up as uncertainty is completely gone.

However Market is expecting Biden economic plan, to be released tomorrow, and will react based on that.

I hope positive reaction as it may come with fiscal stimulus!

It works while he “was” the President. Enjoying himself kicking every nations’ ass and every CEOs’ ass. These guys won’t let him go easy.

Deemed to be impeached now. 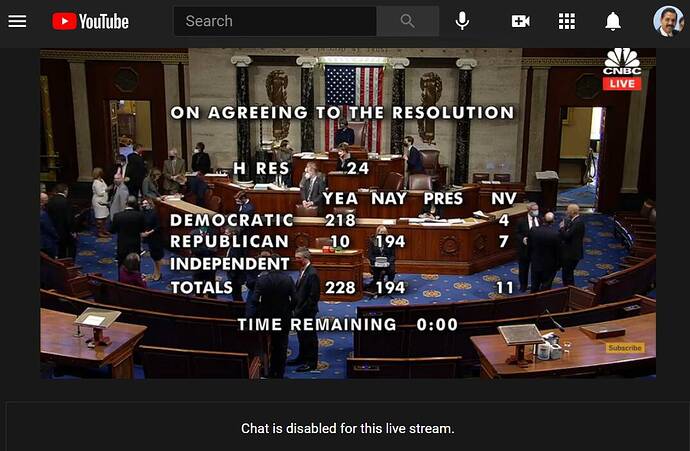 It’s so pointless. McConnell has said trial will last i to Biden’s term.

It’s all theater. And don’t write Trump off, old as he is. He came back from worse in the early 90’s.
Palin was supposed to be toast after she was forced out as governor of Alaska. Turned out to be the best thing that ever happened to her. This guy has a fundraising base tens of millions deeper. And with holes blown in the social media sphere perhaps another empire to build there.

I just wish democrats had a real plan and agenda. Even people who support them can’t explain what they want them to accomplish other than generic BS like “don’t be racist”. Sorry but a platform of “not Trump” isn’t going to make the country better.

And don’t write Trump off, old as he is. He came back from worse in the early 90’s.

I don’t want Trump to disappear either. He’s the best gift for Democrats ever.