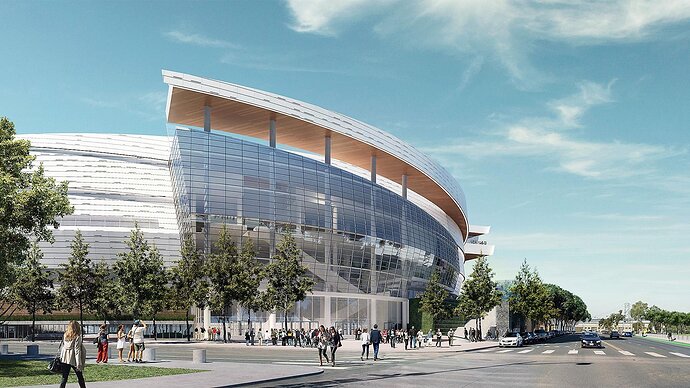 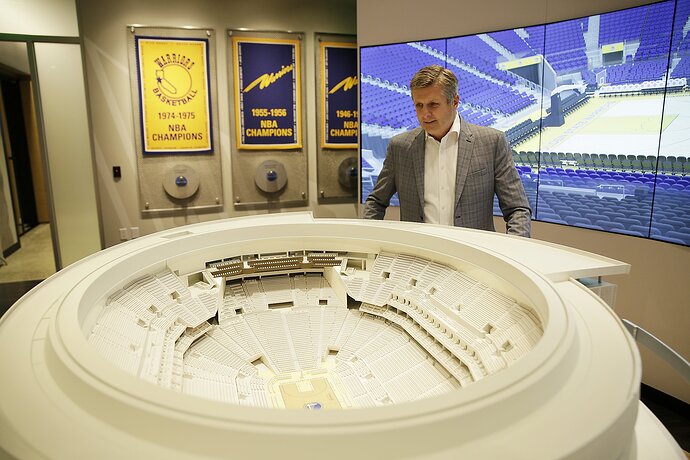 Well, players get old rather quickly and the new young guns out there on other teams are quite good. What is really needed is a reallocation of the league teams. The West is just too good, from top to bottom pretty much. If we can’t do that, I would advocate for a re-seeding of the playoff teams (based on reg season record and head to head records). What is promising about Lacob is that he likes to win, so he is going to be in the hunt for the talent that is needed always. Luck certainly plays a part in it too, so hopefully we pull another Draymond Green or two out of the draft…

Glory and $ go combined when it comes to sports. Once the contracts between a player and his club is ending, they better be good players or they will be not even on the bench, and if they are as good as they always be, the $ from other basketball teams will be a temptation hard to dismiss.

But, still, GSW are kicking arse!

Klay says he’s willing to take a cut to stay with the team. Let’s hope that stays true when the time actually comes. Not sure if KD will take another cut, but he says he loves playing here as well. We’re going to need some young talent on our bench soon…Iguodala, Livingston, and West seem like they’re on their last legs. I was hoping McCaw would improve a little bit more from last year.

Damn it, this impacts our home values!!! 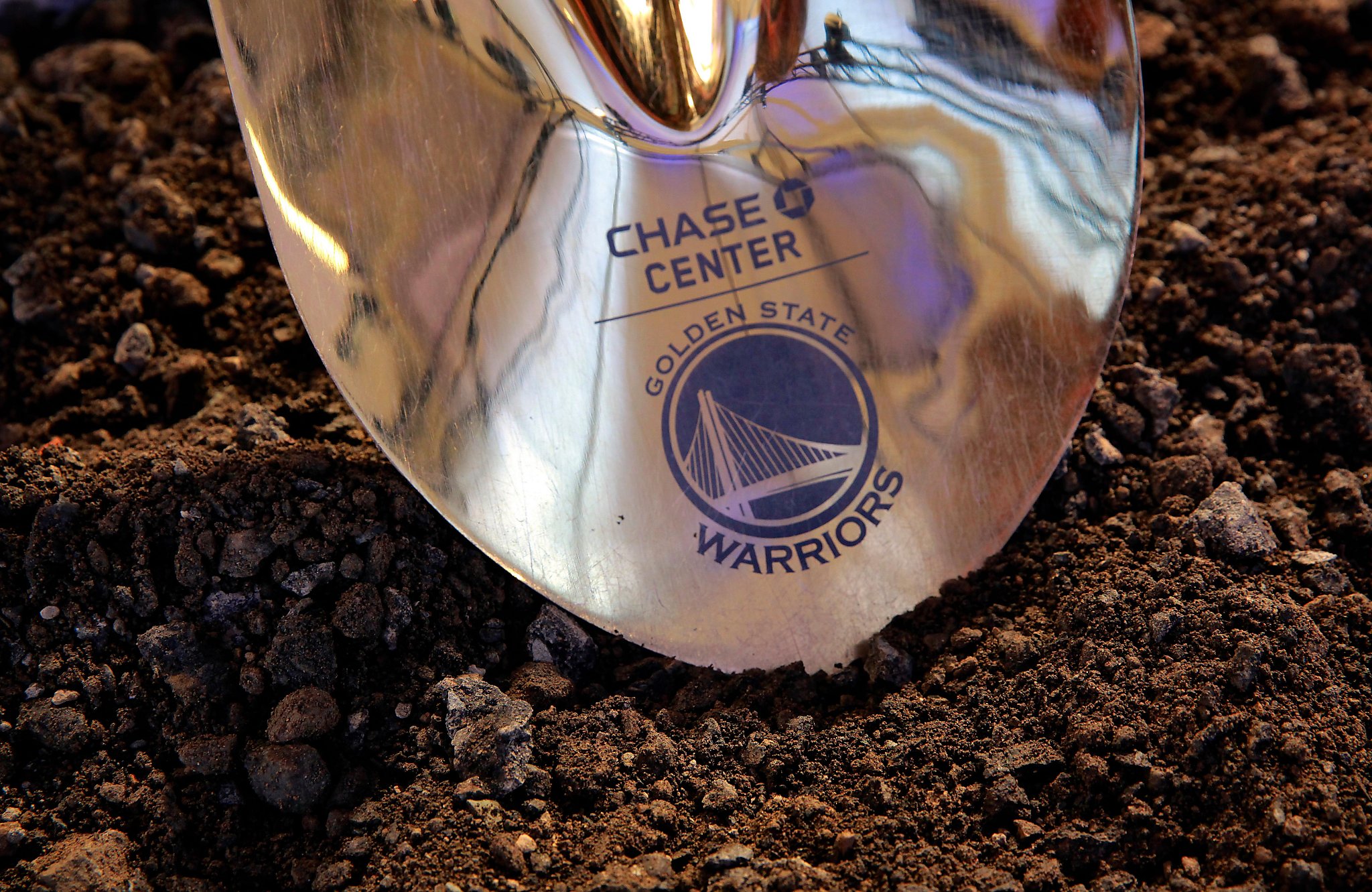 Warriors to keep ‘Golden State’ name in San Francisco, thanks to 2 NBA titles

Not that it’s a big surprise to anyone, but the suspense officially has been removed... 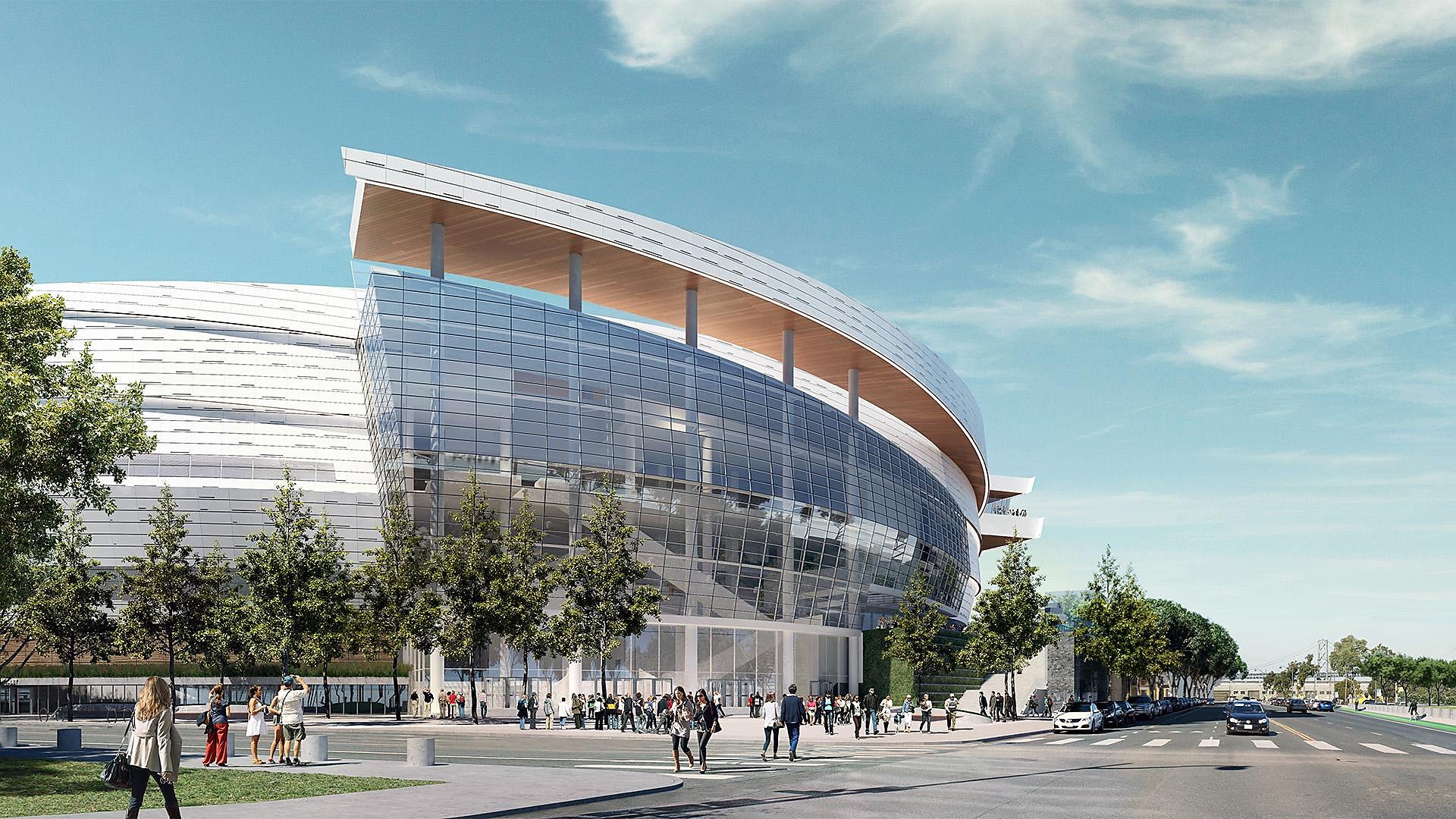 The Warriors' next home is now half done. This video shows you what you missed.

For nearly a year and a half, crews have been forming the outline of the future 18,000 arena. A new time-lapse video, provided by EarthCam, shows 16 months of construction at the corner of Third and 16th Streets condensed into 1 minute and 21... 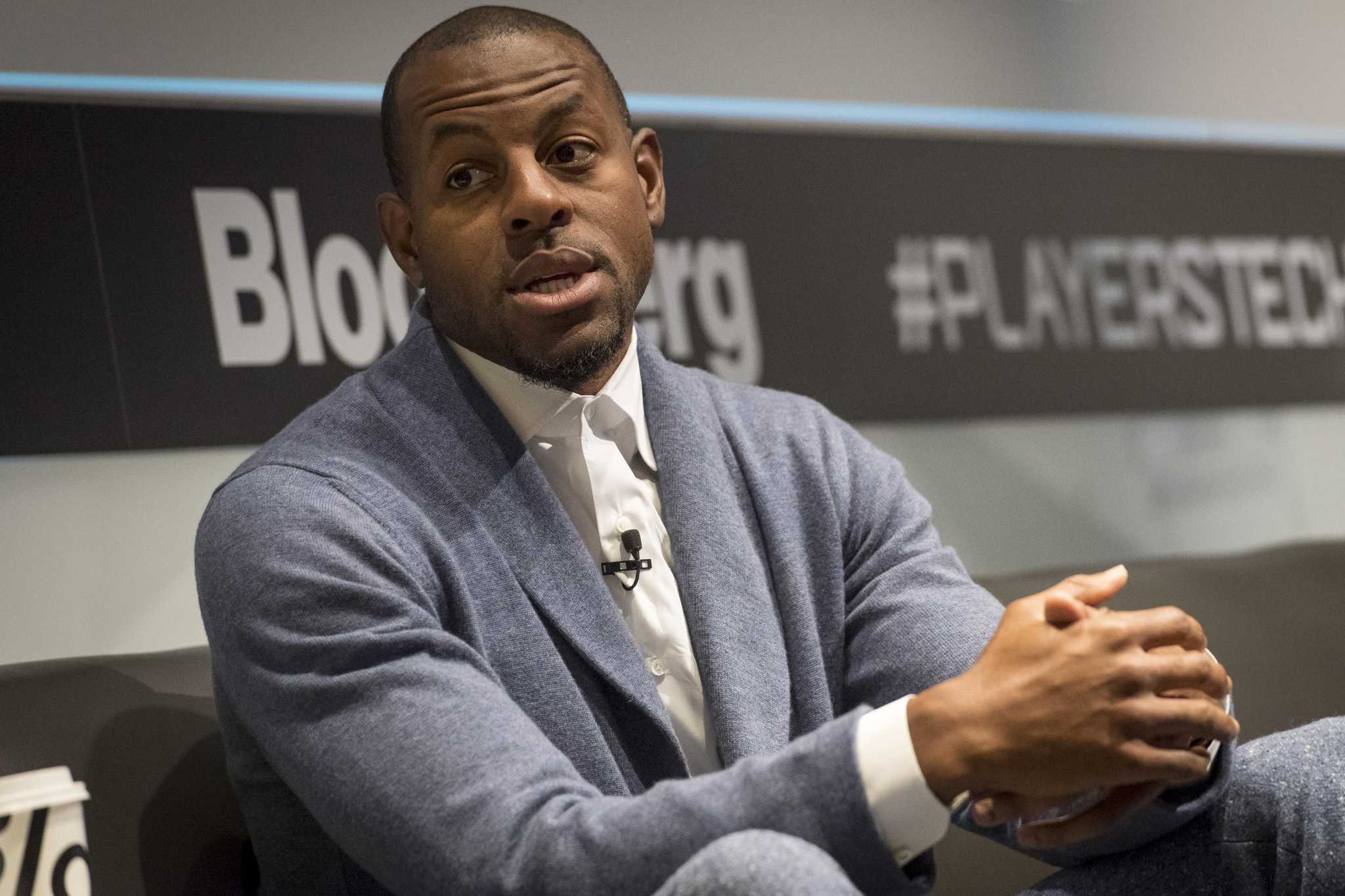 The setting on the Embarcadero on Tuesday morning didn’t look particularly revolutionary. Coffee with almond milk, berry and yogurt parfait, nice jeans and expensive backpacks. All for a daylong seminar with movers and shakers from the sports world...

A milestone in the construction of San Francisco’s Chase Center will be reached this week and a ‘topping out’ ceremony will be held Friday.

A week before he begins his fifth training camp as coach of the Warriors, Steve Kerr joined roughly 40 colleagues on a comprehensive tour of the team's future home, the Chase Center in San Francisco's Mission...

At the intersection of sports and RE: 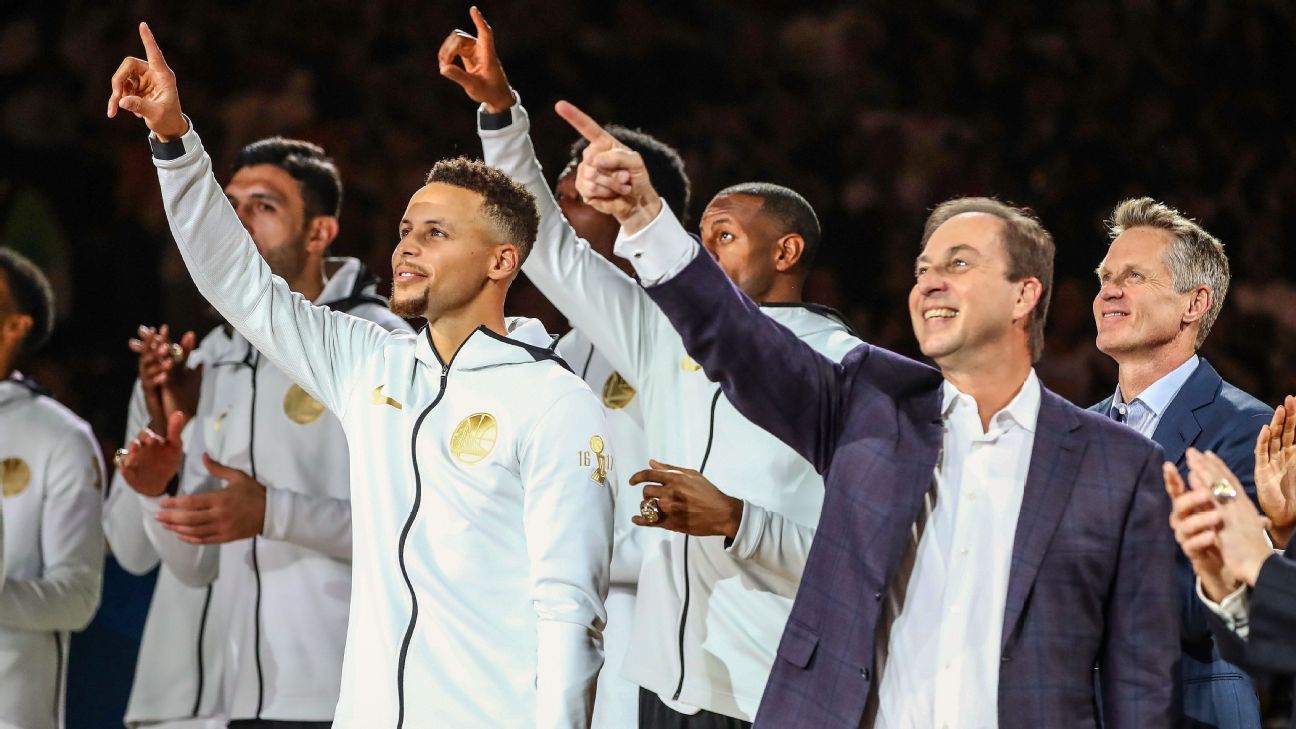 The NBA's next big cash grab: Taking over your downtown

To find a new way to profit with billion-dollar arenas and exorbitant costs, the NBA is becoming a real estate company. But who gets the money -- and the competitive advantages?

Makes sense. Own the development around your fancy arena and profit from the changes. Think big.

Our owners are as savvy as any, if not the ones leading the pack. My understanding is that Chase Center is fully or mostly privately funded and will generate income in the off-season via concerts or conventions alike. 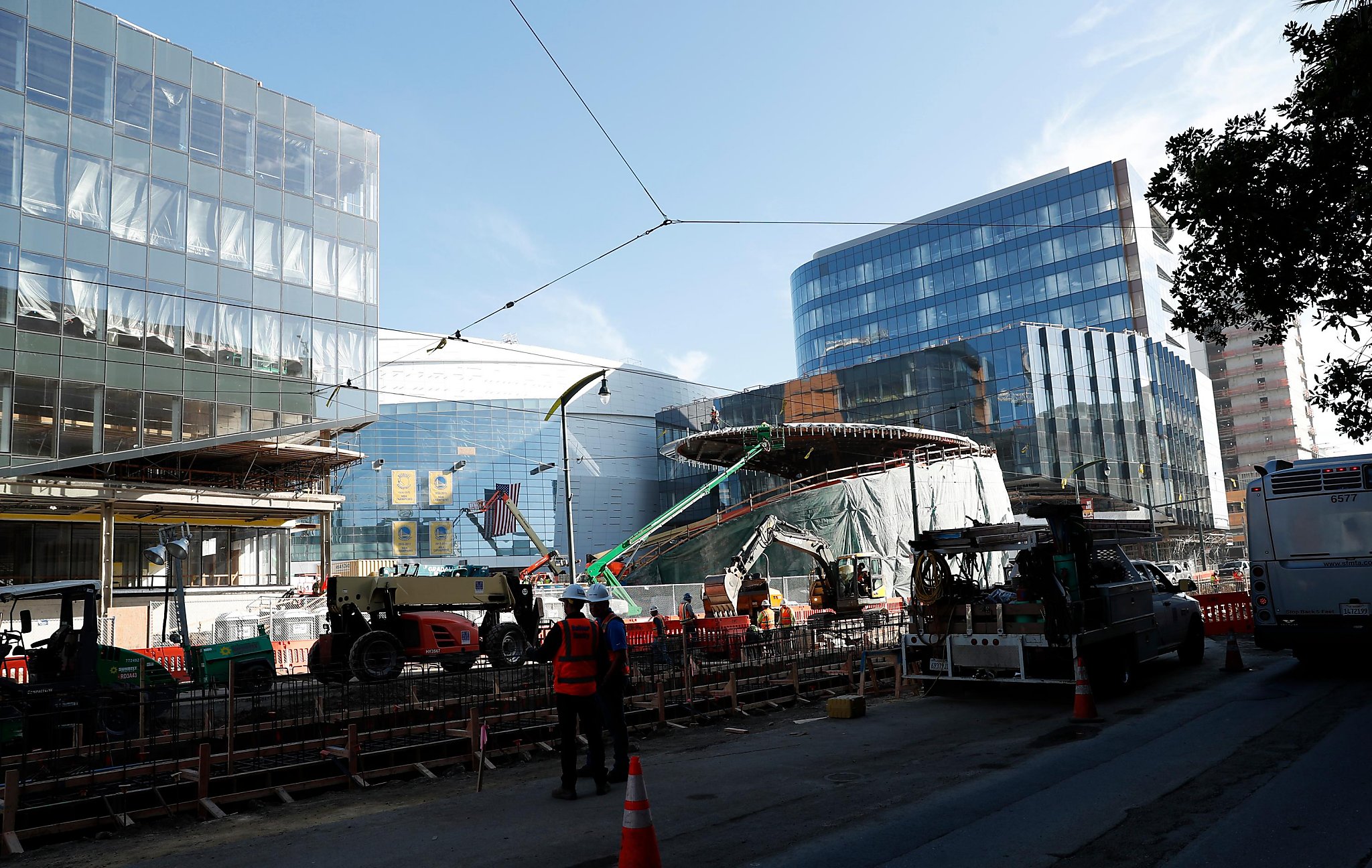 The Golden State Warriors want to add a hotel and condos next to the Chase Center basketball arena under construction in San Francisco’s Mission Bay. The basketball team plans to propose a 142-room hotel and up to 25 upper-floor condos at the...

Warriors Make $2 Billion From New Arena Even Before Doors Open 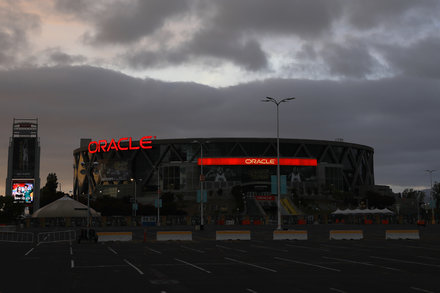 The End of the Warriors as We Know Them

No matter how they finish in the playoffs, the Warriors will leave Oakland in a move that is quintessentially California, where reinvention has long been a state of mind and a force of nature.

Time to switch to

Soccer was invented in China

Warriors used to play at the Cow Palace. Oakland was just a temporary home.