What Booming? The Ecomony is off to a "meh" situation

Same as Obama lowering the interests, same goes to this administration inflating the economy with tax cuts which are going or are causing some concerns for the inflation they are going to cause.

I am not against anything making our country better, but when you have a psycho in the white house, things like these will make you enter into a panic mode. Hopefully, for the sake of my IULs which are gaining momentum, the economy is going to be good at the end of the year, or…death is imminent.

It certainly helps that the economy is poised to receive a double boost from the impact of the tax law and a bipartisan agreement in Washington ramp up spending by about $300 billion.
Of course, adding all that help to an already-healthy economy could backfire if it creates so much inflation that it forces the Fed to cool things down with aggressive rate hikes.
The other major risk is that Trump’s trade crackdown goes horribly wrong. Major trading partners have already vowed to retaliate against Trump’s steep tariffs on steel and aluminum tariffs.
Next, Trump wants to confront China’s alleged theft of intellectual property, setting up a potential trade war between the world’s two biggest economies.
"The anti-trade and anti-immigration parts of the Trump administration’s agenda are not growth friendly," said Gapen. 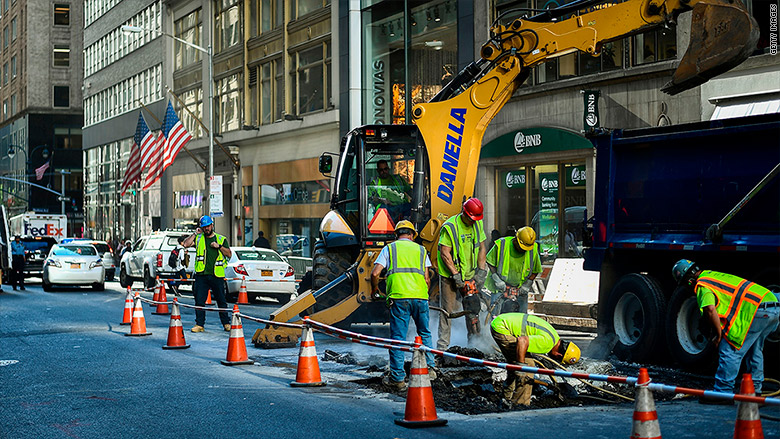 Despite President Trump saying the economy is "raging" and at an "all-time high," growth forecasts have been plunging for the first quarter of 2018.