What to Do with Tunnel Entry?

SF folks, I really hate tunnel entries. Seems such a waste of space. Take for example this one: 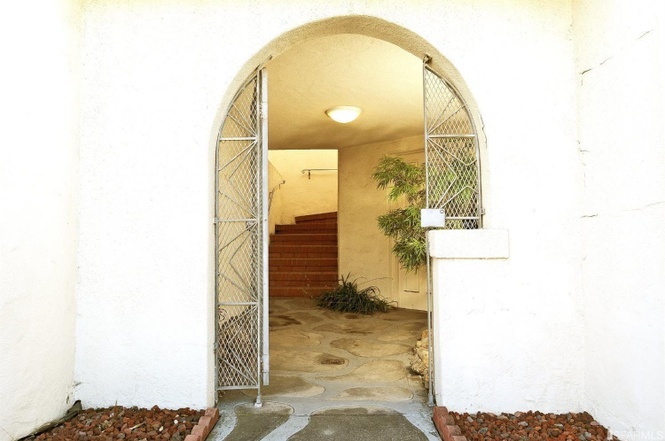 Do most people just leave them like that? It just seems such a waste of space to me. What’s the best way to change it? Extend the garage to eat up that extra space? You can’t move the stairs to closer to the gate. That 10 or 15 feet between stairs and front gate are totally wasted…

Uh, Grand Poobah Sir, many people like the look of tunnel entranced homes in the Sunset. It is called style. If we wanted a tract home, we would be in Brentwood.

If we wanted a tract home, we would be in Brentwood.

What ya mean? That entire street’s houses look exactly the same, all with tunneled entries. That’s the definition of tract house I think?

Not sure where you live in the Sunset, but most blocks do not have IDENTICAL styled homes…

Here is an example of what tract homes are. 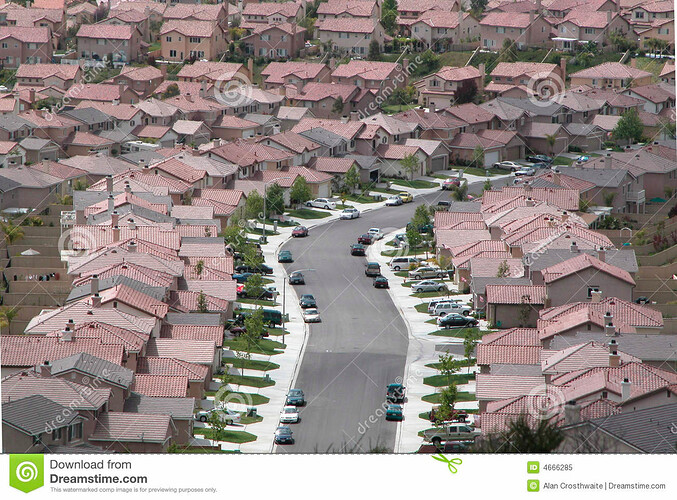 I do not think it is worth ,finance point of view, to change the tunnel way. Looks to me this home was used as a rental previously (by look and feel)

There are a lot of tunnel entrance style homes in the SF Sunset Area. I think it is design preference vs. the other popular style with a regular stair case outside. I haven’t hard of folks converting that into an regular stair case - must be really impractical, otherwise it would be a common remodel approach.

Given our strict SF Building Code and the “neighborhood” look preservation - I think it is a financial no-no to get it approved. I mean it is a major conversion that is visible from outside neighbor - permit is pretty much mandatory.

Guys, again, why change something that is really integral to the home design? Unless you have major money and have absolutely nothing to do with your time you would simply move on to another property that is more suitable to your liking. A lot of people again like this style. Now, just to mention it to be fair there have been reported cases where people have broken in past the front gate and can then take their sweet time to try to break in to the upstairs main door to house without anyone really seeing them from the outside.

The inefficient use of very expensive space really bothers me. I think at the minimum some tunnel space can be integrated into the garage? Right now because that space is visible to the outside, you can’t store crap there.

Also, is the entire tunnel entry area counted towards the house’s living area? If not, by converting it to interior living space you are “expanding” the house, and thus can potentially add 100 or 200K to your house’s value overnight.

But that is like arguing a center patio in some Sunset homes is wasteful. To some people, absolutely not. To them, it is a design feature that sets their home off differently from other homes. Weren’t you just complaining about how every Sunset home is the same? Well, removing the tunnel would literally make every Sunset home the same as far as I am concerned. I may profess love for prefabs too but I don’t care for a complete box home either.

But that is like arguing a center patio in some Sunset homes is wasteful.

Yes, I hate the center patio too. When is the last time people go out on those useless patios?

When is the last time people go out on those useless patios?

Uh, people do garden you know…

And it is called a center patio, so on those rare decent days one could sit out there and have a cup of joe or breakfast in the morning.

Now maybe I should buy one with center patio and tunnel entry and remodel the hack out of it. Add another 100 to 200 ft of living space and instantly push up the house’s value by 200K.

My friends and relatives who have center patios have french style doors that they do have to stop over a raised portion that keeps out water from entering main house.

Please do not do a Chinese hack job (oh, is that a double negative) where you literally take out the “redeeming” features of a home, thinking you are improving it when you really aren’t. Keep in mind serious buyers are going to want some of that fluff and style in a home. That’s what differentiates us from the animals…

Doubted the feasibility of this Manch. We are talking the whole front alteration - that extra SFT(< 100 - still need the stairs and can’t just extend out to the sidewalk) will cost a lot more to remodel than the gain in value. Maybe easier to burn it down and rebuilt to the way you like. Or add a 3rd floor instead or extend the back. I just think there are other better options to capture more SFT/value thus don’t see such a conversion in Sunset. Otherwise you know quite a few owners in SF Sunset would have did you are thinking the past several decades.

I think the center patio is much easier to alter. I see folks put a clear ceiling over it and reclaim that space. But we are talking about at most 75 SFT…

I’d put in a potted garden. You could also store bikes.

The gates need to be more stylish. Those gates say “keeping the riff raff out”, not "This beautiful sunset home with garden entrance is better than your streetside boring entrance.

But that is like arguing a center patio in some Sunset homes is wasteful.

Yes, I hate the center patio too. When is the last time people go out on those useless patios?

I would LOVE a center patio. That would be totally awesome! It would have to have a stucco wall and spanish tile roof. And I would want a lemon or orange tree out there too and a bubbling fountain with some fish. And I would sit drinking my chai and eating biscotti while reading from my old heavy paper book.

I would LOVE a center patio.

Ah, you forgot those center patios are in Sunset SF. You will need to wear your scarf and fur coat to sit there. They don’t call it “Sunset” for no reason… 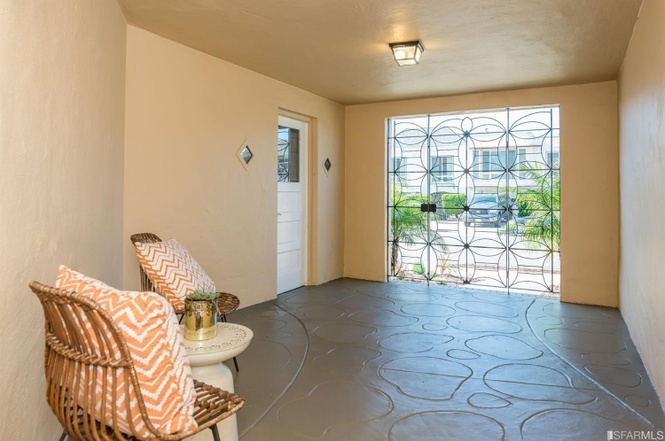 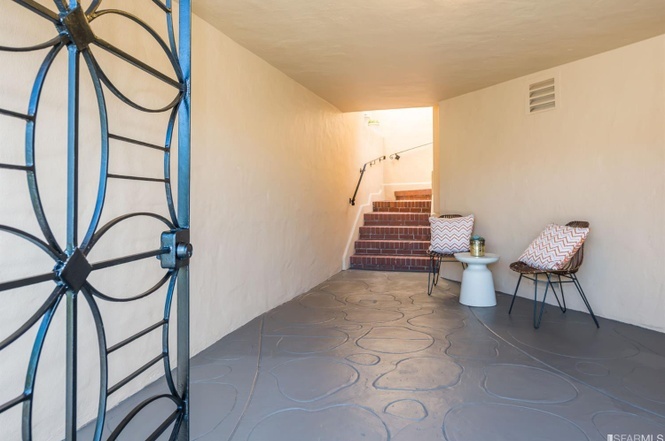 Now tell me who’d sit there? Want to see what it feels like to be behind bars?