Why Is Means Testing Not The Answer?

We keep going back and forth, back and forth, about how rent control is good and bad. Isn’t means testing the ultimate FAIR way to go about this? If someone makes a lot of money, they should pay more. They have the ability to. A senior citizen on SS would pay way less since they do not have the ability to. We all then live happily ever after. Right? 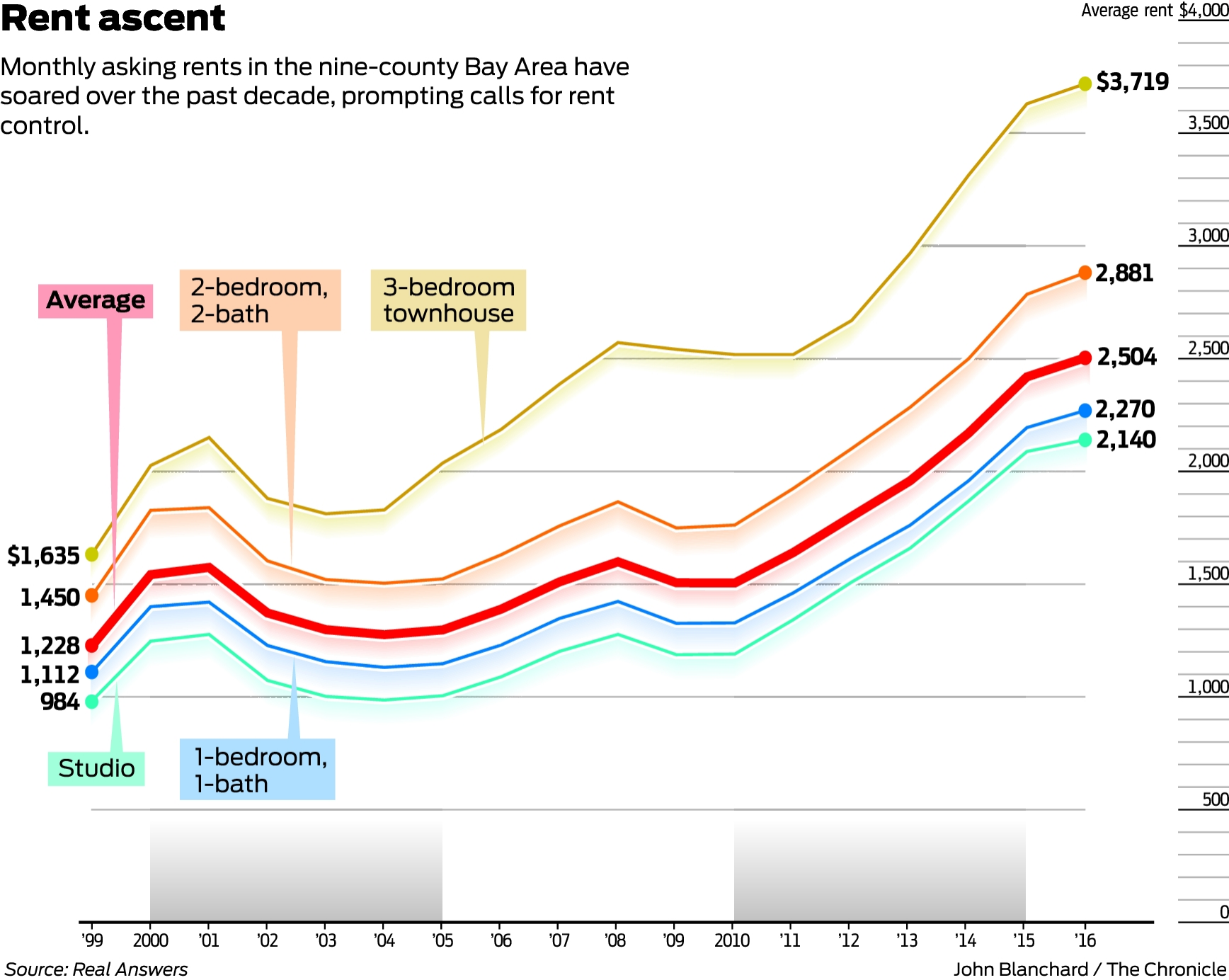 In Mountain View and Alameda, voters will face dueling ballot measures — the voter initiative and another placed on the ballot by their respective city councils that would continue the mediation and arbitration programs that each city started this...

If this chart is right, my SFH rentals are charged appx at TH rates. No wonder, tenants like to continue forever. Two of my tenants want to sign up more than 2 years lease. I did not accept more than one year lease ! 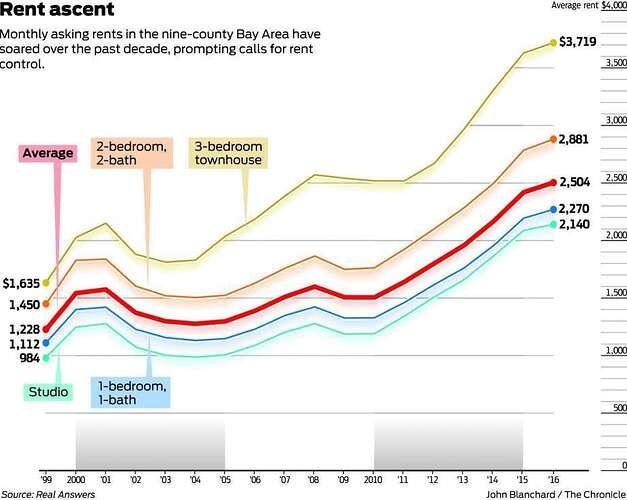 Making it means tested is ridiculous. It makes it so people don’t have an incentive to increase their income. We should always have an incentive for people tod o better. That’s what America is about. You should google “welfare cliff”. It explains why the poor stay poor. They literally can’t afford to have their income go above $30k/yr.

If you have limited means than you shouldn’t be living in the Bay Area - or NYC, or dozens of other places. Why hand somebody something others busted their guts to achieve? If housing is in short supply - let the free market build more of it

Making it means tested is ridiculous. It makes it so people don’t have an incentive to increase their income. We should always have an incentive for people tod o better. That’s what America is about. You should google “welfare cliff”. It explains why the poor stay poor. They literally can’t afford to have their income go above $30k/yr.

What??? If anything, rent control makes people stay put longer than they should since the capped rent is too enticing to give up.

The problem is that more and more cities are moving towards rent control yet we have economists who universally agree (for the most part) that it is bad. Why would we implement such policy then? I mean, really.

Our state and local government programs are built around means testing. It’s scary.

Define one as “poor” based on some arbitrary, government standard and we have to set up programs all around it.

Sounds good on paper. In the real world, it’s a solution looking for a problem. It is one of the foibles of human nature. Everyone believes they are right and they would love to have the power to subject everyone else to their way of thinking.

And, it is self fulfilling. It is in each social service agency’s best interest to keep poor people, poor. That is the reason we have segments of society that have not improved their relative economic standing despite social welfare programs dating back to the New Deal more than 80 years ago.

And, on the rare occasion that a certain “tribe” improves their lot in life, government adjusts the bar upwards to ensure continued oversight…and gainful, lucrative government employment for its minions.

All good points, but I repeat again, more and more cities are turning to rent control. As our fearless leader @manch added, he thought all cities would have it at some point. Is that the preferred state, is all I am asking? Just saying means testing is a bad idea without offering real solutions is not exactly helpful either. Can we not do better?

I don’t think there should be rent control. It creates massive distortions in the rental market. Means testing is almost as bad.

I don’t think there should be rent control. It creates massive distortions in the rental market. Means testing is almost as bad.

Of course, we don’t like impediments to free trade. But again, the fact is more and more cities are implementing it. For the forseeable future, it is something one has to deal with esp if they are landlords in those jurisdictions. With everyone clamoring about affordable housing to the homeless, I want our federal government to step up and recognize the situation with everything related to housing and come up with some real life solutions that may help. Not a big ask really. It is easy to say build more affordable housing but if it doesn’t pencil out it ain’t getting built. Period. So maybe you have to look at it from a different perspective and change the existing laws so that it somehow encourages owners and developers to produce more housing to the market. Economists are saying it is a bad policy. Why aren’t our leaders listening to them? How is this policy any different from anything else that say the Fed Reserve deploys to manage our economy?

Honestly, I’d build military style barracks. It’s good enough for our troops defending us. They can live there. I bet you’d find a lot of people suddenly looking at other options and paying their own rent.

Containers work well for this. It could give a whole new dimension to “pack and stack housing”.

What does rent control do to the SF market? Here’s a peek

Rent control has long been a controversial issue, and Paragon Real Estate just released a multi-factor report on its effect on real estate in our local markets, both rental and sales. Money on the …