Why Trump still may win

People hate the government and this story explains it…Of course in the construction busines we have dealt with crap for 30 years…But once they take over farming we will all starve to death…They already have created a housing shortage. …wait till they create a food shortage, too save a frigging frog…

Do THIS the next time the government comes knocking at your door.

I think a lot of Americans (me included) would have given The Donald a chance (esp at the beginning) but he keeps shooting his own foot every time he opens his mouth. Had he run a campaign that focused on what HE can do for this country and not just bashing everyone left and right, he may have done something. I will do essentially what a person (supposedly a Republican) will do when asked by a news reporter: I will vote Demo THIS time and wait to see what happens in four. That, my friend, is how pathetic and sad this country has become. We have to vote based on not the merits of a candidate, but which is the least worst candidate.

Trump is pathetic. …but people are so fed up with government intrusion overreach overcharging over taxing and blind incompetence and stupid foreign wars that even a egotistical idot with the temperament of a 4 year old looks better than the status quo

Trump is pathetic. …but people are so fed up with government intrusion overreach overcharging over taxing and blind incompetence and stupid foreign wars that even a egotistical idot with the temperament of a 4 year old looks better than the status quo

Again, I like the concept of a Washington outsider who can’t be bought by special interests. Who wouldn’t like that? But can he bring together warring nations or be a wise mediator in disputes? Ultimately, do we want him manning the button? At least she can always go, Bill what do you think??? Bill??? Bill??? Where are you???

Trump will lose in a landslide. I last said that months ago in the old forum. Still rings true today.

Ok, I take some of that back but you get what I mean. I like fresh ideas. I like a fighter. The reality is that what have we been able to achieve all these years with supposedly insiders anyway???

I think a lot of Americans (me included) would have given The Donald a chance (esp at the beginning) but he keeps shooting his own foot every time he opens his mouth.

The stock market has already picked the next U.S. president

People are so fed up with government intrusion overreach overcharging over taxing and blind incompetence.

This is common to every country in the world.

Actually no, I don’t want a fighter. I want someone who can compromise.

Compromise is not a sexy word, but you don’t get anything done without compromise in a democracy. I want things done, so I want someone who can work across aisle to compromise. That means pulling personal levers. That means knowing people in power and working the system.

Trump will lose in a landslide.

I shared the same sentiment.

I stand to win big time on my betting site ! I already won Bernie vs Clinton. Need to pay tax on gain too !

My CPA has to break his head this time ! 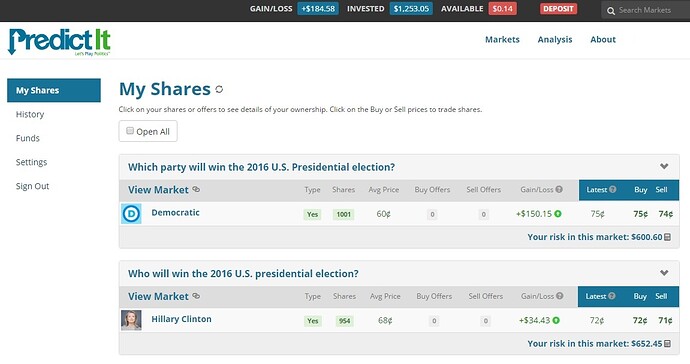 IMHO, Federal should focus on national security, foreign affairs, international trade, and financial stability.
Not sure why federal is involved in social affairs.

This time no one can accuse him misuse of white house too ! LOL

I also predicted wrongly brexit, I admit. On any case, brexit is foreign issue as I am not so close on foreign political issue. It is a lesson for me too.

This is local USA political. In order to support my claim, I bet my money using predictit ! I uploaded my bet here to show how confident I am !

It is not about democratic or republican issue here. For example: If it is Mitt Ramney (or Bernie from Republican) vs Hillary, he stands a brighter chance,kind of 50:50, to win as he is tougher candidate.

But, Trump is Childish candidate. In his speech, just substitute a child picture and listen, it looks alike.

In Politics, you need to win your opponent and bring them work for you ! See how Hillary managed Bernie completely to her side! But Trump makes his supporters (lot of republicans) to opponent. Everyone will work against him, wherever possible, to make sure he is out.

Simple truth is “Friends may come and go, but enemies add”.

Trump inadvertently, by his ego, poor networking capability and by his inexperience in handling politics, makes Hillary a big win (Landslide win). He is not even a match to Hillary.

Trump is business king,no doubt, but not a political king !

The fact is Trump is giving Hillary a big landslide win by his political ignorance !

Not sure why federal is involved in social affairs.

Trump is an asshole…But sometimes the President has to be an asshole…He latest stunt is classic Trump…Chutzpah to the max…Will it work against N Korea and Putin, Isis…some people think so… 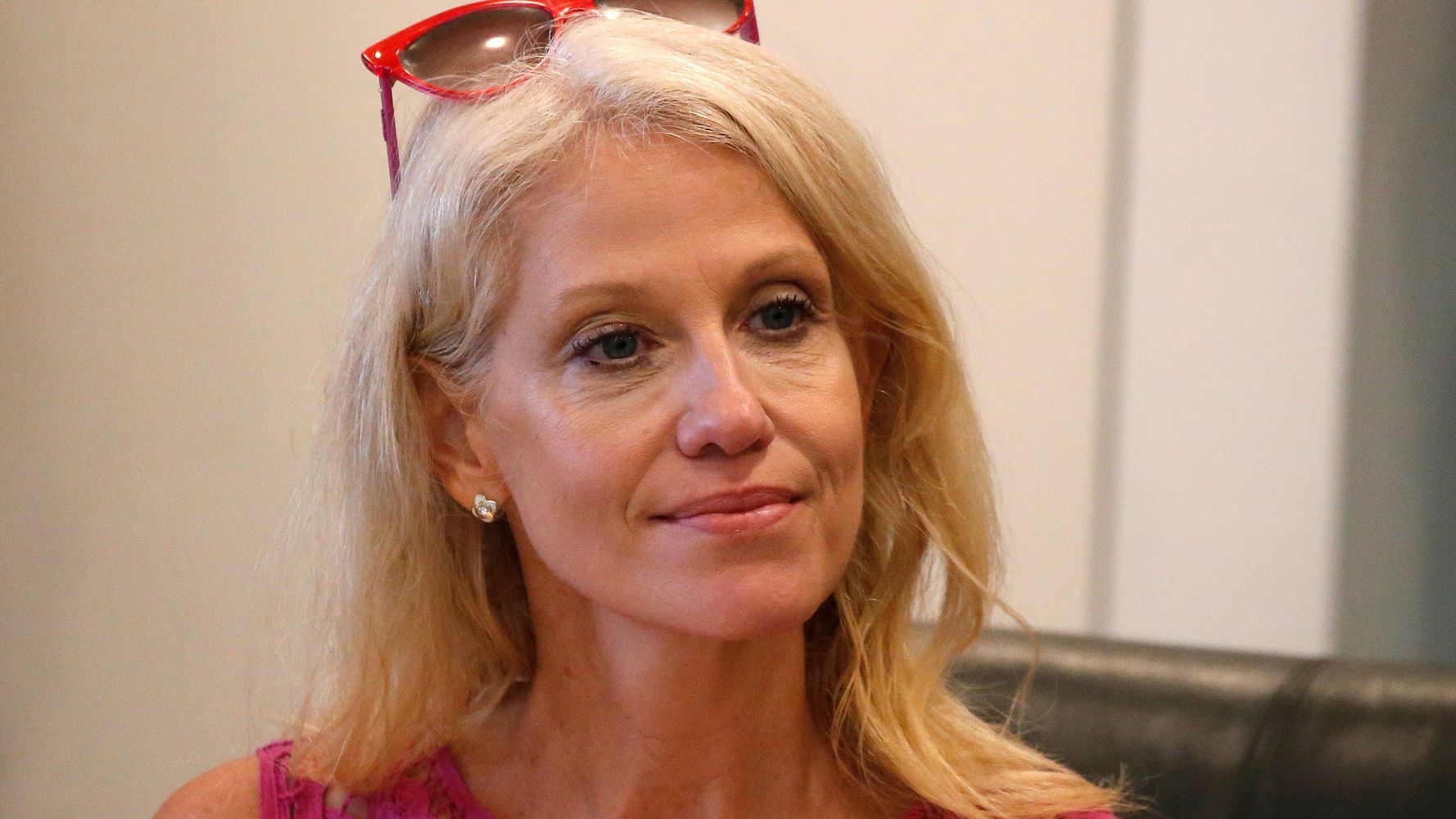 Bills girlfriend Gennifer threatens to show???
Will she or won’t she…Trumps motto…keep em guessing, a helluva a way to run foreign policy…

Will she or won’t she…Trumps motto…keep em guessing, a helluva a way to run foreign policy…

No, Trump is a bully. Bullies only talk a good game. They don’t have anything behind the tough talk.

Just the other day one of the Trump guys is revealed to have ties with Putin. Are you kidding me? Reagan is turning in his grave now.

Romney said Russia was a threat during the debates. Obama laughed on stage and said the 80’s called and want their politics back. Looks like the laugh is on Obama. If you’re worried about Trump being too cozy with Russia, you might want to look into Russia’s ties with the Clinton foundation. Hillary signed off on a Canadian company selling their Uranium mining operations to Russia after the Clinton foundation received some big Russian donations.

Armies of people paid for by the rights looked into the Clinton Foundation so-called scandals and found no concrete evidence of wrong doing, including the Russian sale.

On the other hand you have a candidate who refuses to release tax return and health record, who uses his own foundation as personal bank, to use campaign money to pay himself. The list goes on.

To say the two are equivalent is the mother of all false equivalence.