World prepares to move on without U.S. on trade

VINA DEL MAR, Chile — Here’s what happens when the U.S. pulls out of a major trade deal: New Zealand seizes the opportunity to send more of its milk and cheese to China. Japanese consumers pay less for Australian beef than for American meat. Canadians talk about sending everything from farm products to banking services to Japan and India.

President Donald Trump dumped the 12-nation TPP right after he took office, saying it was a “horrible” deal and blaming it for sucking American jobs abroad. But now other countries are ready to rush into the vacuum the U.S. is leaving behind, negotiating tariff-cutting deals that could eliminate any competitive advantage for U.S. goods.

That phenomenon is on stark display this week in Chile, where more than a dozen Pacific Rim countries are meeting in a beachside hotel to talk about moving on in the post-TPP era. China, not one of the original signers of the TPP, is here looking to cut deals. So are Canada and Mexico. And while the U.S. would normally send a high-ranking trade official to this kind of gathering, the Trump administration, is just sending an envoy from the embassy in Santiago.

“We are not trying to take market share from the U.S. It’s more like you are putting money on the table and pushing it towards us,” said Carlo Dade, director of trade and investment policy for the Canada West Foundation, a Calgary-based think tank.

In the long run, U.S. companies could move jobs and factories abroad to take advantage of trade deals that make it cheaper to produce goods in other counties. And U.S. industries, particularly agriculture, could lose billions of dollars a year in export sales.

The White House said its message in Chile this week “will be to underscore the commitment of the Trump administration to engaging actively with all our Asia-Pacific partners and our intention to remain a key member of the Asia-Pacific community.” The Trump White House this week could feel out other countries’ appetites for the bilateral trade deals it wants to pursue instead of multi-country pacts.

But that could backfire.

The meeting could instead bring other countries closer to the idea of pursuing an 11-nation deal excluding the U.S. And additional nations could sign on. In addition to China, representatives from South Korea and Colombia, also not TPP members, will be here.

If there is a new deal, U.S. companies eager to take advantage of the potential trading bloc could move operations to Canada, Mexico or other TPP countries, said Dade, who helped write a recent analysis showing that U.S. losses from TPP are everyone else’s gains.

America’s farm economy is suffering from dropping commodity prices and ballooning supply costs. The TPP represented a major opportunity for cattle ranchers, grain growers and wine producers to get more of their product to Asian markets hungry for well-marbled Texas beef or prized California chardonnay. The American Farm Bureau Federation estimated the deal would have boosted annual net farm income by $4.4 billion.

Dairy exporting powerhouse New Zealand by 2020 is already expecting to have entirely free trade on dairy products with a bloc of 10 Southeast Asian nations, creating an obstacle for U.S. producers to get into those markets.

“We’re still paying 10 percent tariffs and their demand for dairy is really taking off,” said Darci Vetter, who served as President Barack Obama’s chief agricultural trade negotiator. “You want to have the best level of access at the time they start forming relationships with buyers and so the timing on this is critical and we’re going to be way behind New Zealand.” 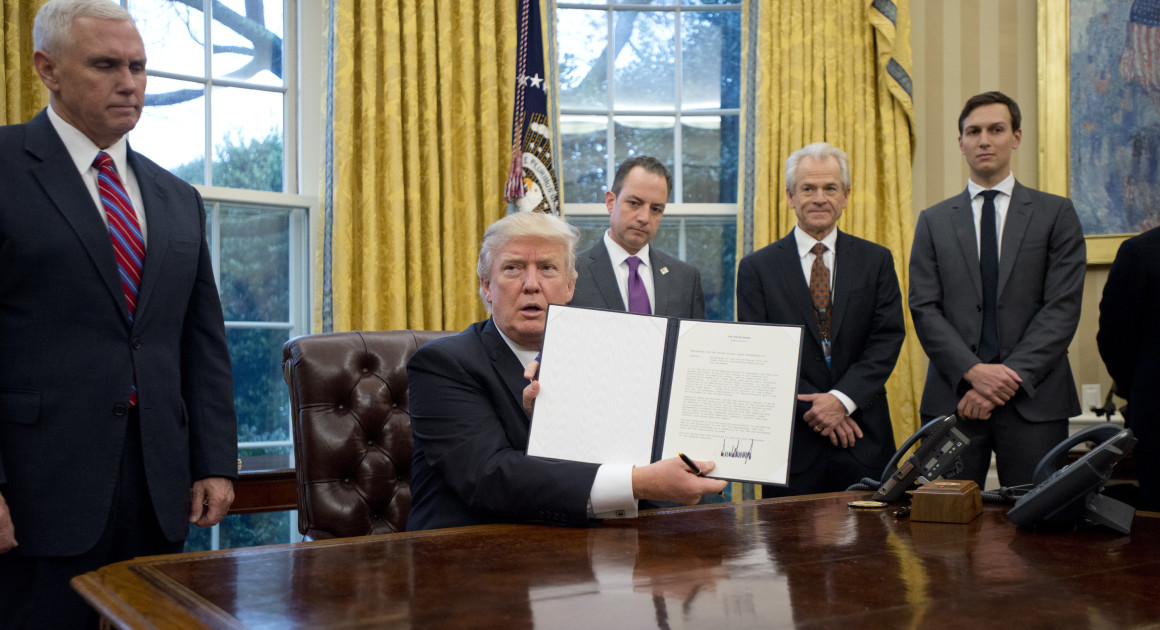 World prepares to move on without U.S. on trade

Hillary also renounced TPP. It was dead no matter who won.
Of course, one can always invest in Australian exchange traded funds. Check out the chart on AUSE. The yield isn’t terrible either; better than cash anyway. The Australian currency is still undervalued providing even more upside potential.

Cattle ranchers if they are smart would invest on that thingy. But they are in the hands of a movement that will leave them with meat to sell but nobody to buy it. At that point, if I were one of them, screw stocks. I need to sell my product.

" IMF head Christine Lagarde said that it was clear that highly educated
workers benefit more from globalization and called for the G-20 to focus
on “greater efforts to equip lower-skilled workers with the tools they
need to seek and find better-paying jobs.” Those could include targeted
job training and education."

" IMF head Christine Lagarde said that it was clear that highly educated
workers benefit more from globalization and called for the G-20 to focus
on “greater efforts to equip lower-skilled workers with the tools they
need to seek and find better-paying jobs.” Those could include targeted
job training and education."

@buyinghouse Are you now supporting a policy that benefits the highly-educated and rich while making life worse for the average guy? I thought you were for policies that help the average guy.

@buyinghouse Are you now supporting a policy that benefits the highly-educated and rich while making life worse for the average guy? I thought you were for policies that help the average guy.

You mean the policies of meals on wheels going away?
Food for hungry kids at school but $30M a month to protect the queen naked Melania?
Twhitlercare?
The bloating of the defense department with the wasteful spending of $100 for a hammer you can get for $5 in Home Cheapo?

I rather help Reynolds with the production of tin foil for hats the paranoid idiots in the white house wear while accusing Obama and Great Britain of tapping…wait, no, surveillance, no, wait, tapping? Whatever… I lost track of what those liars are mumbling jumbling

@buyinghouse Are you for or against free trade? Simple question.

Why don’t you ask Trump?
His daughter is pro free trade. She is importing tons of merchandise made in China while her stupid father is claiming that from now on, anything will be made in the US, and of course, hire only Americans…Except for his family’s vineyards, right? 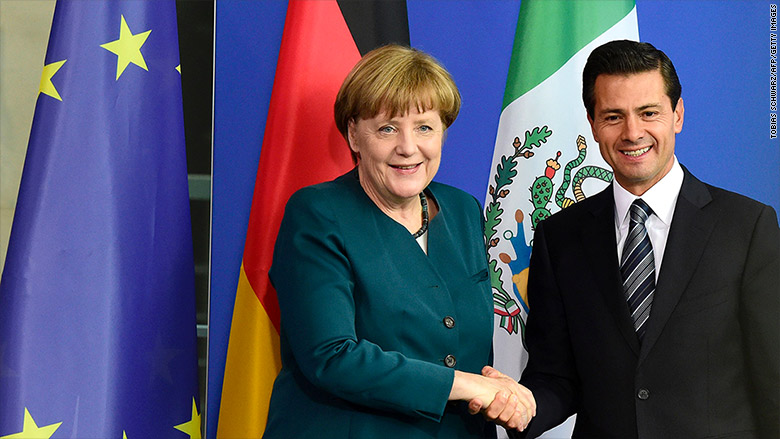 Mexico doubles down on pivot away from U.S. and Trump

Mexican officials kickoff trade talks with European Union officials Monday, one of a few moves it's making to reduce its economic dependence on the U.S. amid President Trump's trade threats.

@buyinghouse I asked about your position. It seems you’re only interested in being a parrot and re-posting anything that’s anti-Trump.