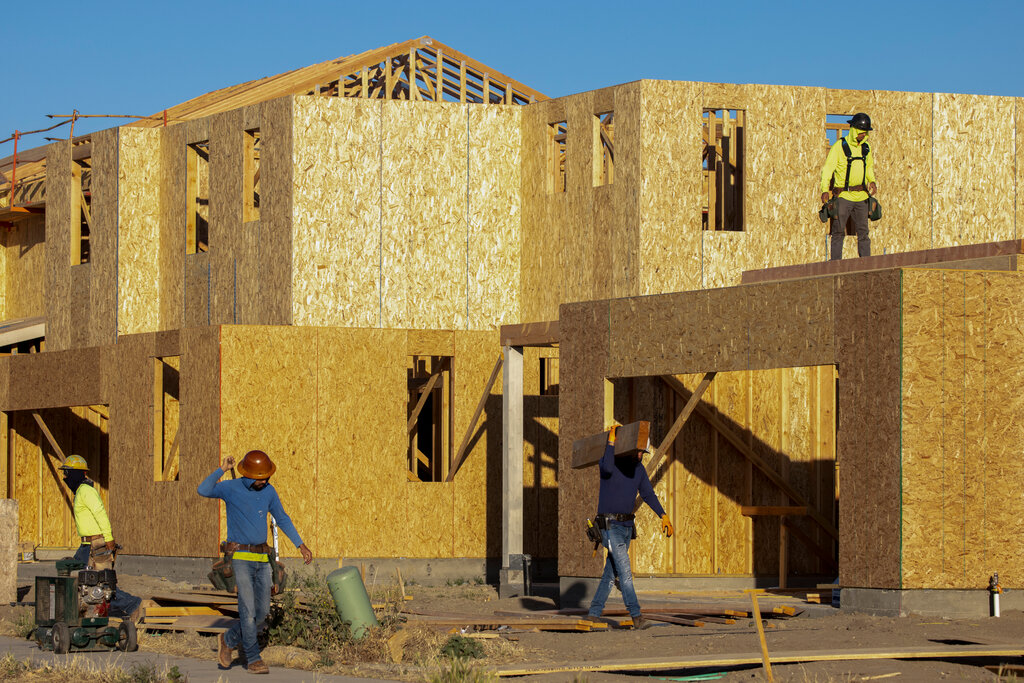 After Years of Failure, California Lawmakers Pave the Way for More Housing

To ease an affordability crisis, the Legislature voted to open suburbs to development, allowing two-units on lots long reserved for single-family homes.

SB 10, sponsored by Senator Scott Weiner (D-San Francisco) is the less controversial of the two bills, because it would be optional. The bill would give cities and counties the option to zone any parcel of land near transit- or jobs-rich areas for up to 10 units of residential housing. Proponents of the bill say it gives local jurisdictions another tool to add more housing density, and it won support from many housing advocates even though it doesn’t actually require any affordable housing be built. Opponents fear it could be used to pressure local jurisdictions, with penalties and fines, to actually build housing that they are currently now only required to plan for and zone accordingly.

SB 9, the California Housing Opportunity and More Efficiency (HOME) Act, sometimes referred to as the “duplex” bill, though it would also allow lot-splitting and potentially between 4 and 6 units on a current single family lot (depending on the interpretation), was more controversial because it would in effect eliminate single family residential zoning in most neighborhoods across the state. SB9 gained more traction in the last few weeks when the bill’s author, California State Senate President pro Tempore Toni G. Atkins (D-San Diego), amended to bill to require the owner to agree to live in one of the units for a minimum of three years after getting approval for a lot split, and prohibiting ministerial lot splits on adjacent parcels by the same individual.

I think there will a huge backlash to this new law. Plenty other ways to stop development. Including lawsuits and torched buildings. I know of several projects torched by crazed nimbyies. Don’t underestimate their resolve and craziness

Oh yeah the NIMBY’s will fight back for sure. But the wind has changed. They are now the bad guys. Housing is increasingly fought along generational lines. The young have-nots vs the old have-it-alls.

Legal system, traditions, and conventions derive strength from public morality and orderliness. If a tradition or law collides with public morality and order, morality always wins, sooner or later.Same is the case with NIMBY. A few greedy builders and politicians cannot force their will and intrude into a neighborhood. They might succeed in short run through brute force. But not in long term. Morality is just as powerful and as pervasive as gravity.

whose morality? yours or the YIMBY morality?

Most Peninsula cities I know have engaged a local firm call Urban Footprint and are planning on many multifamily units up and down the El Camino Real strip. The plans are for mixed use, meaning retail first floor and housing above it. whether that happens or not, I am not sure, but I do know the company has been engaged by pretty much every Peninsula city to run models on these plans (scoping out electrical, water, parking, etc)

Your definition of morality is fine too if it meets the second condition I mentioned, that is public order. The opponent see YIMBY is causing chaos and destroying neighborhood (in name of one public interest or other - like affordable homes).
Are dense cities like New York and SFO more affordable?

I think is NY is more affordable than had it been SFH?

ah people who need affordable housing, such as duplexes (god forbid) or even garden style apartments (the horror), cause chaos and social unrest. you really are embracing the NIMBY ethos, no?

NYC rental are not affordable for people with meager income. Most people who work at Manhattan (the denser part of NYC) come from cities and neighborhoods far away (where single family homes abound). They commute for hours and and sometime change two trains.

So developers are greedy? but nimbyies that won’t allow new construction even for their own children are not? Nimbyies with kids are hypocrites. Cities like New York grew from rural to extremely dense without nimbyies. Density is a natural progression. Cities grow and change. Nimbyies are fighting the tide of history. I worked for developers … they are not any greedier than anyone else trying to make a profit and stay in business. Most just moved on when confronted with greedy nimbyies. Nimbyies will attack anyone who wants to
build, greedy developers or even charities and non profits. They don’t want affordable housing which would attract undesirable people into their neighborhoods

So developers are greedy?

If developers are not greedy (or have some kind of profit motive), then what drives them. I do not know any developer who builds for charity. Are there some? And when developers are ready to grease hands in city hall to get project moving, what is it?

Cities like New York grew from rural to extremely dense without nimbyies. Density is a natural progression.

New York city is an old city (before start of auto era) and always had a zoning laws. NIMBYS were always there. The city was laid in grid pattern and developed to be buggy/horsecart/train friendly. But, it did not help people. People today commute for hours to come to work in NYC. That is why dense housing do not attract so much public admiration. LA, was build to be opposite of NYC (spread out and motorable) .

Cities live and die. There are lot of empty neighborhood in rust built for builders to try their skills. But no one cares about them.

They nimbyies always used NYC as the bogeyman. We don’t want Manhattanization… was their mantra. Instead we got LA sprawl. I think there are a lot of people that love NYC. Nobody loves LA freeways. Without the nimbyies the SF Bay Area would have been 14m people with the density to have decent mass transit and be like NYC. Now we have LA without its great weather.

I do not have numbers of people who love NYC vs LA. All I can say is densification did not make NYC affordable. And the people I have talked to tell me that it is OK to be in your car for hours (like LA commuters do) , than to be standing and breaking your back in a train smelling lot of body perfumes (like NYC commuters do).

Another good example of futility of building skyscrapers. When WTC came down on 09/11/2001. The twin towers were replaced with a single tower.

Nobody is advocating skyscrapers. Only NYC and Chicago have them in mass in the US. But mid rise apartments up to 10 stories makes sense on traffic corridors.

Remote work will permanently change all these discussions.

Even hardware companies which just a few months back vehemently denied WFH as a company policy and had never allowed WFH for any of its employees are proposing 2 to 3 days a week WFH. In fact these companies sent out emails about coming back to work after 4-5 months of the January peak telling its employees to prepare for coming back to work full time on campus. Now suddenly they’re open for hybrid work in the coming January timeframe. Wondering what is going on .

Now think about Software companies, which in theory can be permanently WFH.

Millions of people like something. What about the Hundreds of Millions who do not like it?
[/quote]

Most people who commute in make a rational decision - they find it worth their time to commute in.