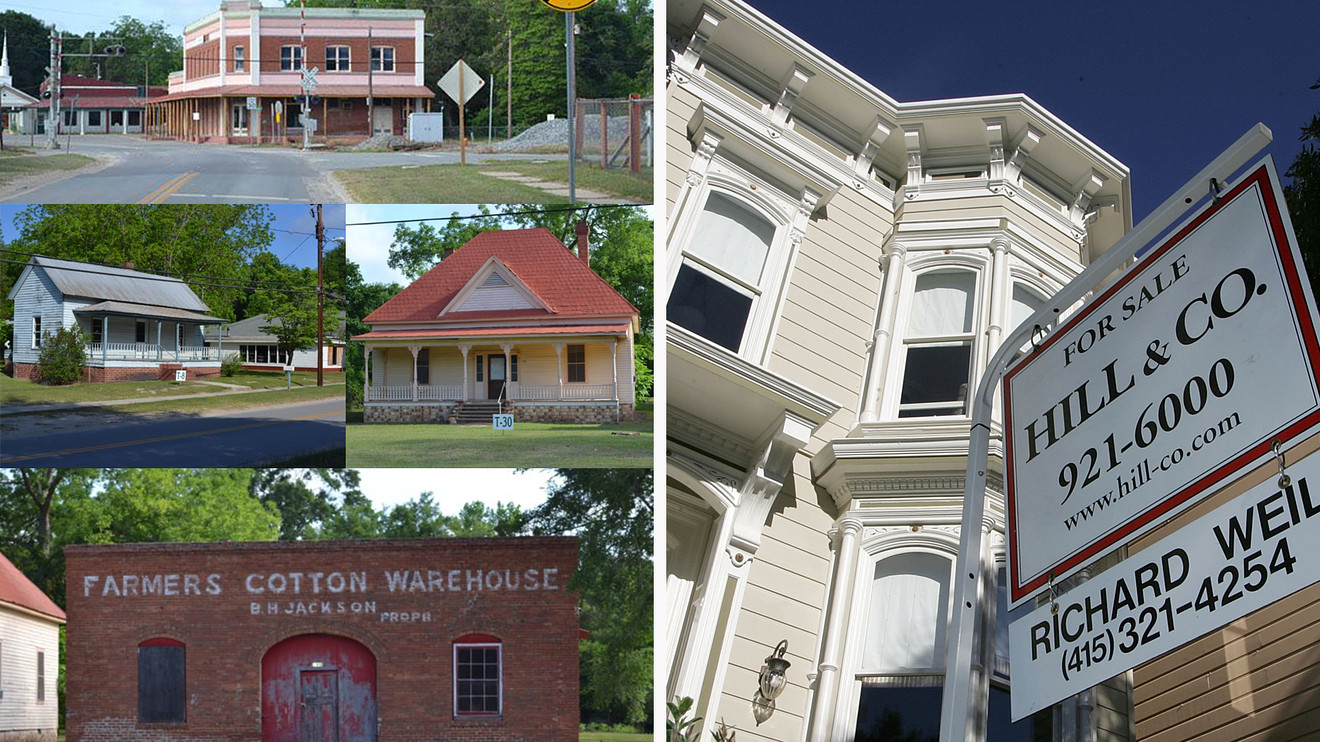 You can buy an entire town in Georgia for the cost of a typical home in San...

More than a dozen houses and 40 acres of property are up for grabs for $1.7 million.

Schitt's Creek (stylized as Schitt$ Creek) is a Canadian television sitcom created by Daniel Levy and his father Eugene Levy that premiered on CBC Television on January 13, 2015. The series is produced by Not a Real Company Productions. On March 6, 2018, the show was renewed for a 14-episode fifth season, which began airing on January 8, 2019. The show airs on the cable network Pop in the United States. The series has won various accolades, including an ACTRA Award and 11 Canadian Screen Awards...

That’s nothing!
When we were at Redfin, I posted something about this town. The neighbors were saving money to buy one home from the 600 I believe were for auction. The day of the bidding, the mayor come out and said the sale was done. A RE company, Blackstone I believe, may be wrong, had bought them cash in hand.

What is a town worth? Why doesn’t the owner sell off the individual properties?
Pretty obvious no one in the area has $1.7m. But maybe they could come up with $100k for a house.
The seller should just list every property separately. More than 20 at $100k each.