You think Bay Area housing is expensive? Child care costs are rising, too 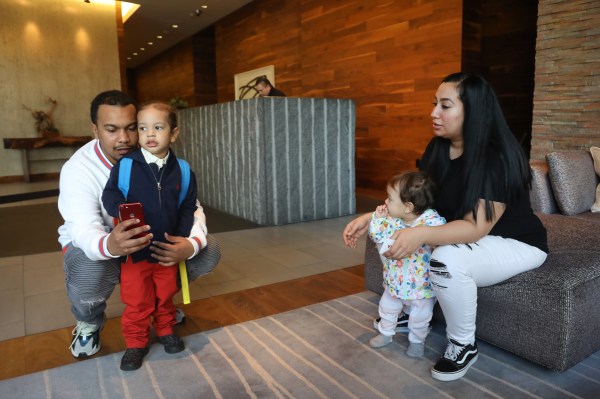 You think Bay Area housing is expensive? Child care costs are rising, too

Much like the hunt for a place to live in the Bay Area, the search for child care is getting harder as prices rise.

“There is a crisis in childcare,” says Sandee Blechman, executive director of Children’s Council of San Francisco, where 2,500 families are waiting for subsidized care. “Politicians are fretting about the cost of housing, but a lot of people pay more for childcare.” 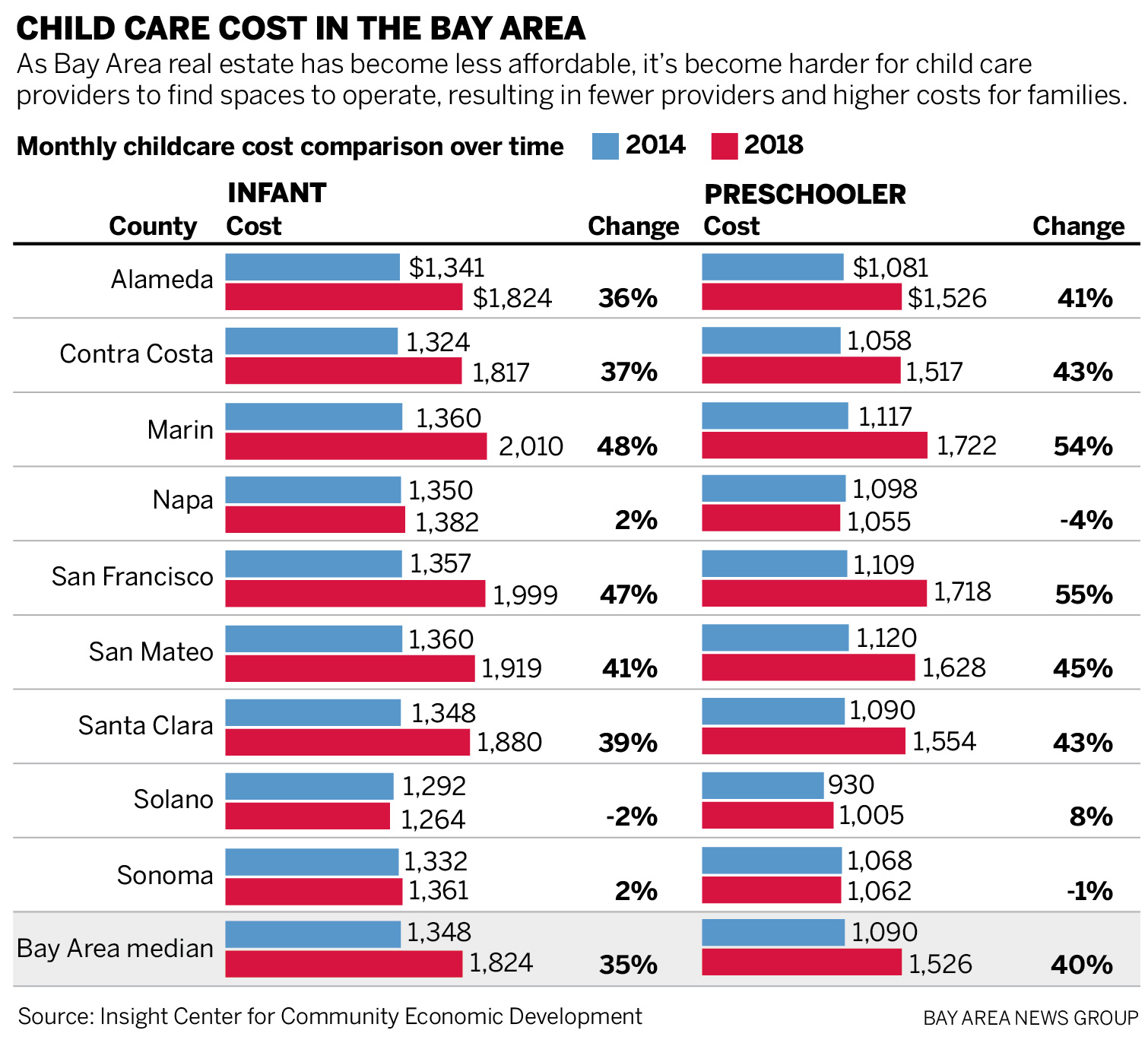 Sounds accurate. About the same amount all my friends are spending

That’s when you realize grandparents are worth their weight in gold.

Childcare has always been expensive everywhere

It used to be cheap. It’s way cheaper when a SAHM can run it out of the home.

It’s way cheaper when a SAHM can run it out of the home.

They change this rule? Thought many childcare is still run this way. Max 10. 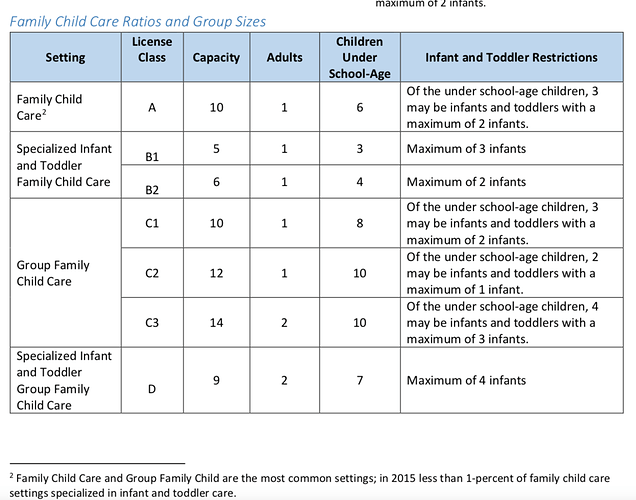 There wasn’t even a license, capacity, or adult/child ratio back then. Now the facility requirements also make it much harder to run from your home. Once you have to rent space specifically for the daycare the costs skyrocket. Add more employees with licensing requirements and costs skyrocket even more.

In my only dabble with commercial property which was a few years ago, I had a decent-sized standalone office building in east bay which should have been an ideal childcare center (zoning allows it). I had one lady really wanting to rent it as she was renting a house and running a home-based childcare center but couldn’t enroll more kids due to state limit. So we went to planning department and sat down with them to discuss our options. Turns out we couldn’t pass the parking requirements after satisfying the minimum outdoor space requirements. It wasn’t because there was not enough room, but after dedicating space for the one handicapped spot, there was not enough room left for safe pickup/dropoff activities that they would like to see. I am not saying the requirements are without merit, but it seemed overly restrictive even though she said parking should be fine after being in this business for many years. In the end it didn’t work out, otherwise I would’ve been sitting pretty right now.

Only the ones who actually want to babysit…

Are you Asian? Americans don’t care about their parents.

One partial solution is to include pre school into public education. So basically the care of a child is covered by public fund starting from age 3.

If the preschool situation does not change, then it only shifts who pays for the education, not on the amount needed to pay for it. So instead of parents of the kids, it’s all taxpayers, which pretty much means just the highest earners of the state since that’s the path of least resistance.

One partial solution is to include pre school into public education. So basically the care of a child is covered by public fund starting from age 3.

You are poisoned by the environment. Need money ask government, earn money tell government get out.

LKY built public housing to house 90% of Singaporeans, and public schools. Are you now against your founding father?

He betrayed his country and found refuge in America.

If we’re serious about equality, then we should have pre-school starting at birth. 90% of brain development is by age 3. Kids that start out behind during that time period rarely catch up no matter how much funding we throw at it.

It’d be crazy expensive though, so I have no idea how to pay for it. In theory, you’d save some on K-12, since less kids would be behind. However, you need way higher staffing levels for babies.

If we were 100% confident it’d work, then it’d be an investment that’d reduce future spending on social programs. It’s just a 20-30 year investment before it’d make a difference. That’s a tough sell although you’d know within 5-years if it’s working when kids start school.

If we had the political will, I’d pair it with mandatory birth control unless you’re married.

Free preschool is now on the platform of every mainstream Democrat. I bet at least in California it will be a reality within 5 years. Most likely much sooner than that. Did Gavinator say anything in his budget?