Advanced Micro Devices is moving its headquarters from Sunnyvale to Santa Clara, bringing 775 jobs to the growing corporate node at Highway 101 and Bowers Avenue.

The chip company signed a long-term deal this week with the Irvine Company for a 220,000-square-foot building being constructed at Santa Clara Square, the mixed-use megacenter that includes office, a Whole Foods-anchored retail center and, soon, nearly 2,000 apartments. It’s the first time in 47 years that AMD has not been headquartered in Sunnyvale. 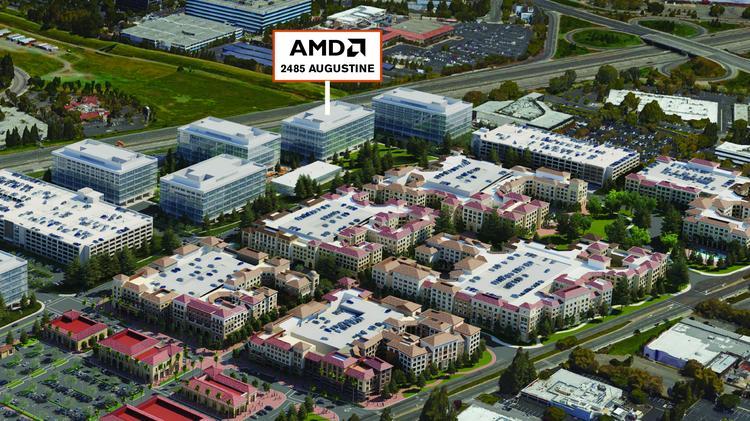 So the HQ’s of Intel, AMD and Nvidia are all within walking distance. All in Santa Clara. Santa Clara is becoming the chip design capital of the world.

Is that a good thing?

All these companies are dinosaurs. AMD itself was founded in 1969, and Intel 1968. Where are the hot new chip firms?

Where are the hot new chip firms?

Now that I think about it, the hot chip design firms are the ones who sell other things around the silicon. Companies like Apple, Amazon, Google and Facebook are the emerging chip design kings. Apple’s A-series chips already beats the x86 stuff in performance per watt by a mile. Amazon is bulking up its chip design expertise. Google used its own silicon to speed up deep learning. Facebook has open hardware initiative.

Where are the hot new chip firms?

Nvidia is.
Chips can be used to compute or to communicate. Up until now, communication still dominated the usage of chips. That had shifted since 2014. Thanks for deep learning AI and VR advancement, we finally using chip to do computing. Simply floating point calculation, but a lot of them. Nvidia is leading by a wide margin. The stock price reflects that and it is still the infancy of it. 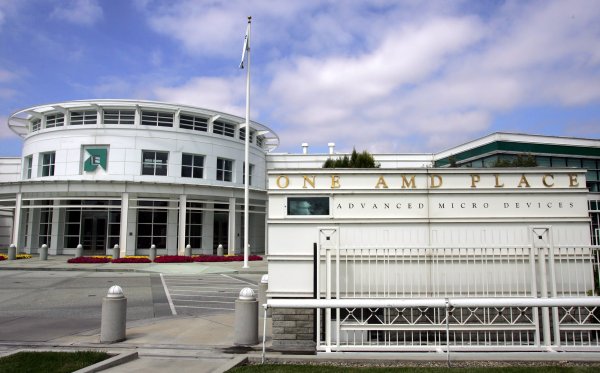 The Irvine Company has submitted a plan to the city of Sunnyvale to bring 1,076 housing units to the Advanced Micro Devices campus on Duane Avenue. The move will end the chip company’s 47-yea…

There is a mobile home parks on the other side of the 101. Any chance they will close it down?

There is a mobile home parks on the other side of the 101. Any chance they will close it down?

If what happened in Palo Alto and other cities is any indication, there will be a lot of protesting from the mobile park dwellers that they are being singled out. blah, blah blah and voila they somehow get to stay there. There’s always something impeding progress and growth…

Buy North Sunnyvale. I still kick myself for passing that deal near Saigon Seafood Restaurant.

BTW Saigon is a pretty good Chinese restaurant. But you have to wait a sickening 1.5 hours to get a table on dim sum weekend.

How is some place called Saigon a chinese place??? Wrong country, buddy…

How is some place called Saigon a chinese place??? Wrong country, buddy…

There is a Saigon in Hong Kong famous for seafood. I think that’s the Saigon they are referring to… anyhoo worth a visit if you are in town.

Ok fine, another 3 star dim sum place for me to convince the wife to drive out of the Fab 7x7 for, when surely we will end up saying, we could have gotten this at X in the city…

3 star you say? I think I am onto something with my Yelp Theory of Chinese Restaurants. Need to patent this algorithm.

Seriously, please give me a definitively 5 star dim sum place that is local. I will go there. I just think all chinese restaurants (dim sum or not) are all just ok/good and that’s it. Yes, I believe San Tung is somewhat of an anomaly due to the liking of its signature dish, the chicken wing, by the masses. People are going there to have that craving (for wings) fixed so they are willing to drive there or fly here apparently. Otherwise, despite how good your East Lake place is, most people are not going to make it their “destination” for just fairly consistent chinese food that they can get locally. East Lake would have to have something uniquely good for people to drive all that way. Simple as that.

Saigon is only as good as Dynasty.

Koi Palace, Lei Garden and Joy Luck are better than Saigon and Dynasty.

Koi Palace has more variety and better decor than Lei Garden and Joy Luck so should rank number 1.

Old? I went to the one in Daly City and Milipitas, both about the same.