@Elt1, your alma mater is on the list… Dang, $40k/yr these days for some of these schools is way more than my COLLEGE years in Westwood… I feel for you parents… really!!! The 2017 list of the best private schools in the Bay Area looks a lot like the 2016 ranking.

I have lots of friends who brag about going to Stanford, including my wife. .But very few of us went to Lick-Wilmerding. .a very exclusive group…4 years of high school at $160k is a bargain compared to spending an extra million or two to live in PA…When I went to Lick it was free…A $3m endowment lasted from 1903 till 1973, when Nixon’s inflation wiped it out…The endowment was for an all boys school…It went coed with tuition in 1973…They still require shop, and art. …But now it has modern curricula too…very impressive with a theater, computerized shop equipment and fully integrated education. …The kids today are learning a helluva lot more than we did in 1970…

Well, that is for ONE rug rat…

No wonder my freebie Lowell is so sought after or our fav cities like PA, Cupertino and Saratoga are so freaking expensive…

Most people have 2 or fewer kids… $320k still less then $1m…Demand for private schools is is high…Plenty more would be built…but hard to get through the red tape…And the fact that the schoos would have to built new to conform with state seismic regulations…
Besides kids are just expensive. . $40k/ for childcare is not unheard of…No wonder millennials are delaying marriage and kids.

San Francisco already has the smallest percentage (13.4) of residents younger than 18 of any city in the country. Last week we told you about Kelly Dwyer, a city worker and mother of two, who received an out-of-the-blue $900 monthly rent hike on her single-family home in the Sunset District — and promptly packed up for Vacaville. Single-family homes aren’t...

We are in a huge crisis now. Seems that only the low income people or recent immigrants have more than 2 kids.

Maybe we should give all child bearing mothers a universal income. Non child bearing wemen and men need to earn the living, mothers will get a Bernie income. This will solve the underemployment, unemployment and the white working class men problems and also provide abundant population to sustain the America.

Are you encouraging more unwed mothers? Adopted children count or not? Same allowance everywhere or higher in city, less in suburb, even less in rural or higher in California and lower in midwest?

But very few of us went to Lick-Wilmerding.

Ok, @Elt1, just for fun only, who is arguably (not you) the most famous alumni from Lick? Lowell of course has many to choose from…

Lowell of course has many to choose from…

From actors to judges to captains of industry… #24 should mean something to you, tech boy… 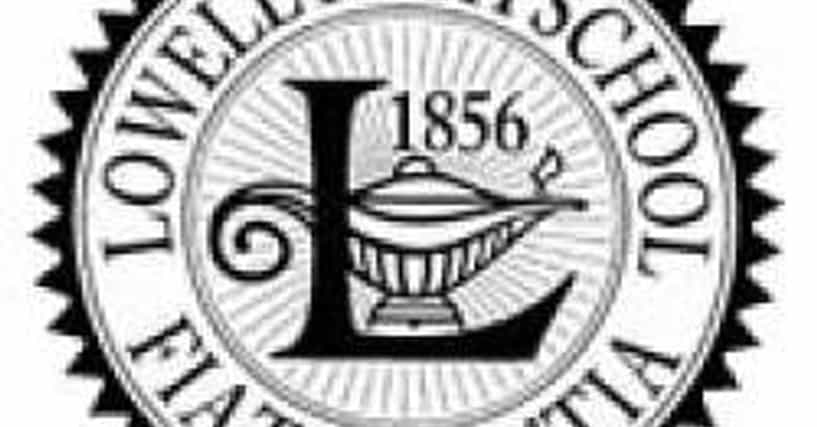 Guys, the best tech billionaire Lowell ever produced is from the 1930s? C’mon, what have you guys done for me lately?

You should be so lucky should your lil ones get in…

You should be so lucky should your lil ones get in…

I am already planning my escape route to Burlingame, but the house prices there make me cry…

Burlingame? I took you to be more of a Cupertino guy…

Burlingame? I took you to be more of a Cupertino guy…

It’s too late for me. My wife will never live too far from SF ever again…

From Wikipedia. .Lick alumns…I didn’t make the list…But my Classmate Alan Gregerman should have…

Unlocking the Genius in Ourselves and the World Around Us

On average, Lick-Wilmerding receives approximately 900 applications each year for 128 seats in the incoming 9th grade class. Full Tuition for the 2015–2016 school year is $42,438, with Flexible Tuition ranging from $1,000 to $42,438. This includes books, lunch, and all course materials and supplies

These private K-12s are the biggest ripoffs on the planet. If the kid wants to be in the wrong group he/she will get badly influenced whether it be a private or public.

I hated high school, not so much because of Lick Wilmerding , but because it was unsafe to go to Berkeley High and I had to commute. .Berkeley high was so dangerous that a lot of kids carried guns in the 60s…However bad schools are today they were a lot worse in 1968…