This article is too good to pass. I read it twice to make sure I soak in the details… 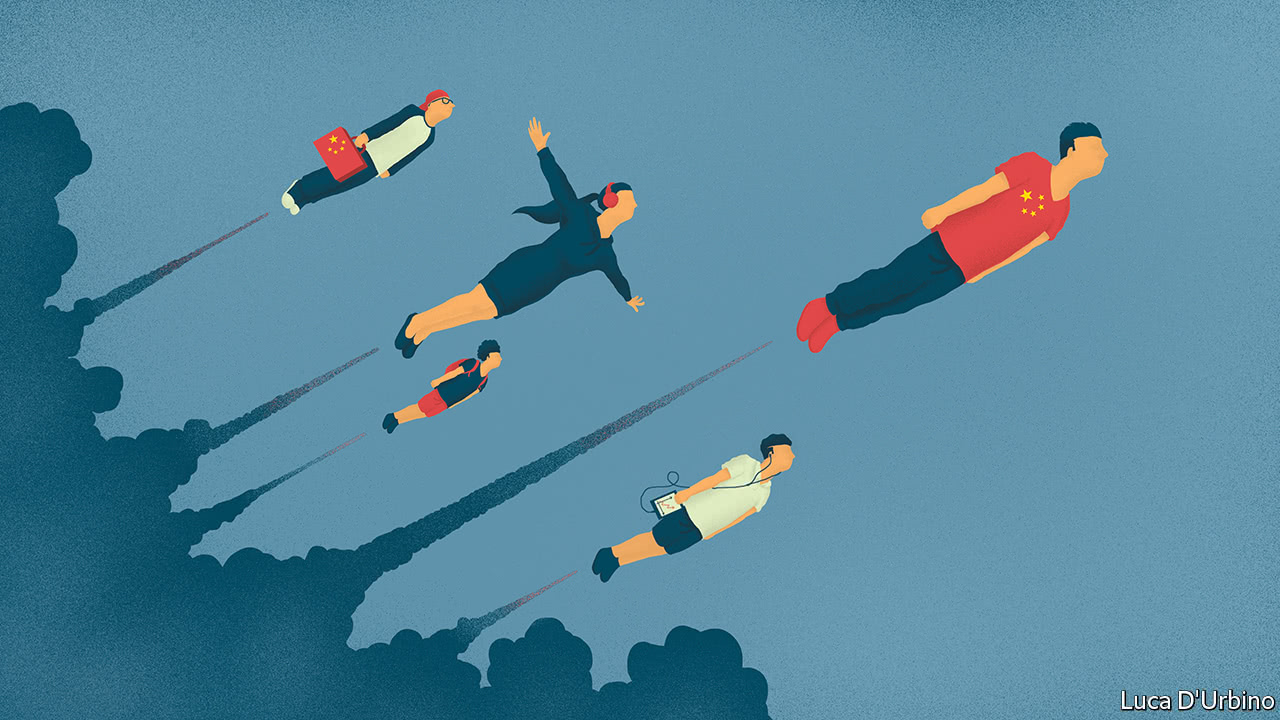 Industries and consumers around the world will soon feel their impact

A few years ago, Chinese innovation meant copycats and counterfeits. The driving force is now an audacious, talented and globally minded generation of entrepreneurs. Investors are placing big bets on them. Around $77bn of venture-capital (VC) investment poured into Chinese firms from 2014 to 2016, up from $12bn between 2011 and 2013. Last year China led the world in financial-technology investments and is closing on America, the global pacesetter, in other sectors.

China’s 89 unicorns (startups valued at $1bn or more) are worth over $350bn, by one recent estimate, approaching the combined valuation of America’s (see chart 2). And to victors go great spoils. There are 609 billionaires in China compared with 552 in America. 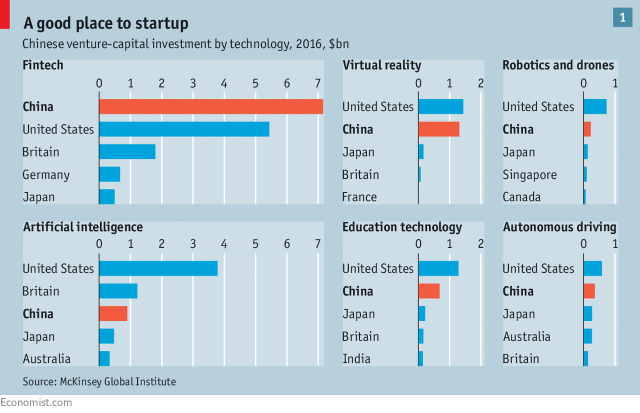 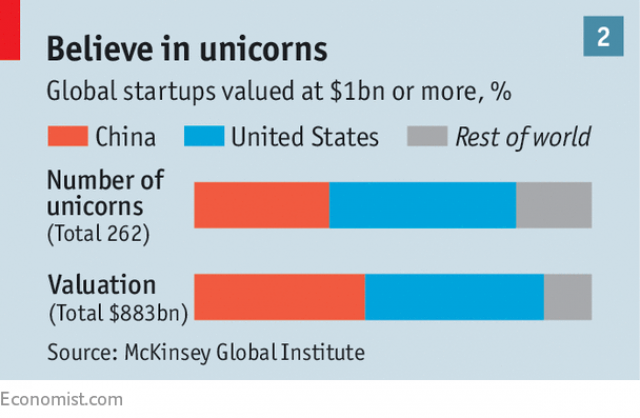 I wonder how much middle class incomes are increasing in China? It’s not only the rich benefitting. Capitalism works.