Dropbox Engineer: Why you shouldn’t buy a home in the Bay Area right now This is a follow-up to my post on calculating the buy/rent trade-off of housing, which produced a model to determine if you should:

@tomato has found a soulmate. 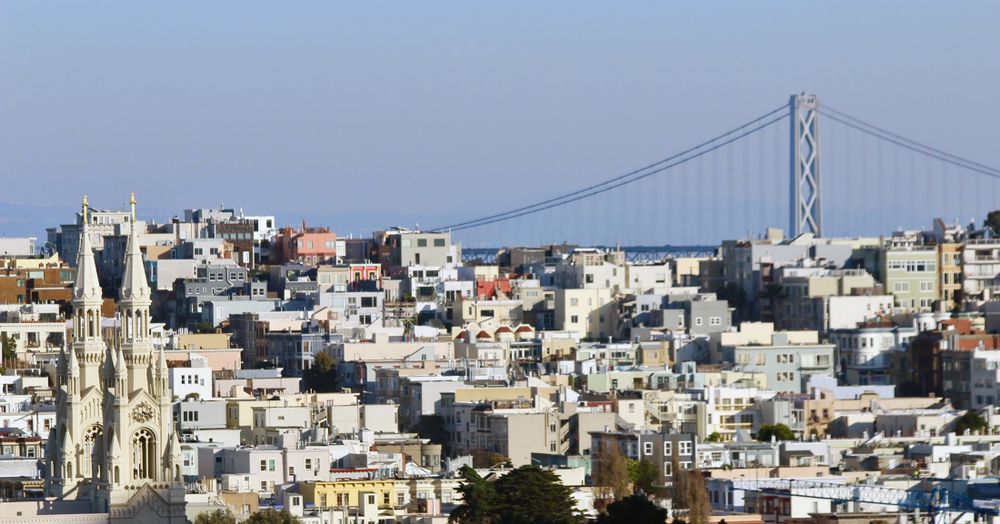 "Escalating prices are driving homes further out of reach."

According to Trulia economist Cheryl Young:

For as long as we have run this report, renting has never been a better deal than buying. But this summer, driven by epic home price appreciation and lifeless rents, renting tips the scales over buying in San Jose and San Francisco.

Home values in San Jose have soared 29.0 percent since last year, while, in San Francisco, home values rose 14.2 percent. Escalating prices are driving homes further out of reach, but there’s a silver lining for home seekers in these Bay Area markets: Rents were unchanged in San Jose and fell three percent in San Francisco.

Young calculates that in San Francisco you save 5.8 percent in the long run by renting, and in San Jose it’s a whopping 12.2 percent.

Drop him into the box.

Rent like-kind property and divert your saved money (from no down payment and reduced monthly payments) into the stock market.

Should I take that as a No, you don’t agree?

Should I take that as a No, you don’t agree?

Since SV started, has always been cheaper to rent than to buy in Fortress.

Note that the Dropbox guy is comparing stock return vs housing return. I have never seen anyone else address that question outside of this forum.

How Often Can You Buy the Dip in Housing?

A podcast listener asks:I know I shouldn't expect home prices to crater like they did after 2008, but I'm wondering if there is any reasonable expectation that home prices will eventually level off 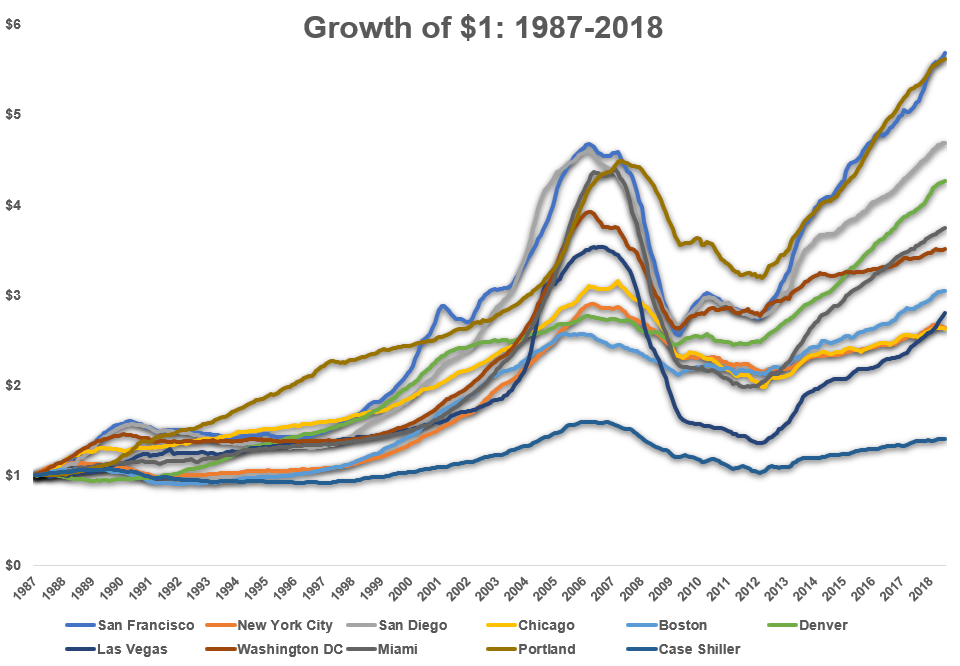 I think many people mistook the rapid rebound growth after 2011 as the new normal and extrapolate to far in the future. 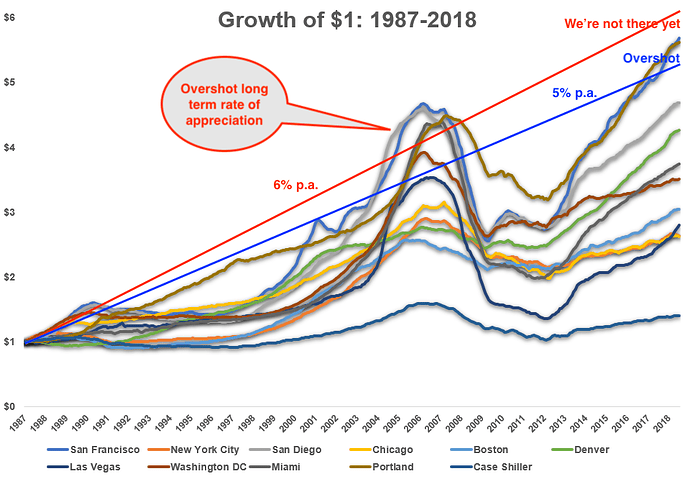 I think what @hanera’s chart shows is that if PA has a 5% long term rate of appreciation, then we have overshot. If it is 6%, we still have some ways to go.

Dropbox guy is a danger to Prop 10. Convince him to buy ASAP

Real estate is illiquid and almost always involves leverage; stocks are liquid and leverage is optional. With stocks you can diversify - or not. Diversification is harder with real estate. Difficult to compare the two asset classes based solely on long term returns.

Everyone that says rent is better than buying always forget about (or downplay) leverage. Lets do a simple math. We can all agree that houses in the bay area have more than doubled since the last peak in 2007. So lets assume you bought a house in 2007 for 1M with 20% down. Assuming it “only” doubled in 2018, you have a 2M house. So you made 1M from the 200k down payment. That is 500% over 11 years.

The Dropbox guy actually factored in a 5x leverage for housing in his comparison.

Huh? Another BAGB? Do a detailed computation and your conclusion would be similar to the drop box guy.

The calculation is price sensitive. If you can buy a house for 1M and live there comfortably, I suspect the math would pencil out. I haven’t done the detailed calculation myself. Just a hunch.

DBOX guy claimed the current prevalent price and rent in Bay Area it doesn’t make sense to buy, purely from a financial point of view.

Boring. Most people don’t buy a home to be an investment. They buy to as a place to raise a family.

But if we did the same calculation in 2007 (based on 2007 numbers), would DBOX guy have the same conclusion? What about 2015 or 2016? I didn’t go into detail his calculations, but even if you buy at the peak in 2007 (which his spreadsheet probably tells everyone to stay away from buying), things still work out and you still made a killing.

Tell Aaron, if Prop 10 passes, there would be no rental vacancy. Even if it makes more sense to rent, he would still have to buy. Hotel is another option, but it would not make financial sense.

It’s true that it makes more sense to rent a 3M house at $5000 per month. I won’t dispute that. Problem is that rent can increase. The worse problem is that landlord could sell the house when Prop 10 passes and you will be homeless.