We already have 15’ of snow in the mountains 101% of average for the whole year that usually happens after April 1.

Here is the environmentalists view 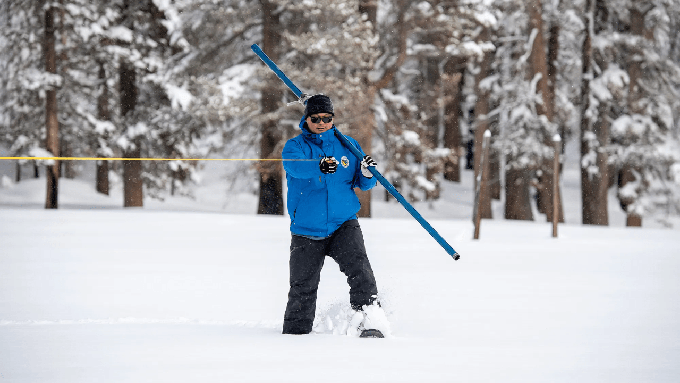 Is California’s Drought Over? Here’s What You Need To Know About Rain, Snow,...

A dozen days of wet and wild weather haven’t ended the drought, and won't cure the driest period in the West in the past 1,200 years.

Not if the rain literally stopped like last year after having a really great start. We need continued rain and/or cooler temps so that the snow pack does not melt too soon.

We have 101% of a full season normal statewide. 256% of average as if this date. So even if the rains stop, no more drought That means the drought is over even it doesn’t rain till next season. Of course that doesn’t fit the narrative of the Nanny State Nazis that want to make want to feel guilty every time you flush. Sorry but their political basis makes all their forecasts bull shit. Meanwhile another storm will drop 4’ of snow by Tuesday. We have been shoveling since October. We don’t need an environmental terrorist group like California Local telling us what to do. I want to tie up every water official in the state on my dock pilings and watch them drown as the water rises as they scream we are in a drought. Up 18” in a month.
The lake went up 8’ in 2016/17. The water officials said it woul take 80 years to fill the lake. It took 5 months. This a similar year. The lake will be up at least 5’ from the November low of 6222.5. Full pool is 6229. Drought is over in Tahoe we have a watershed 500 sq miles with 10-15’ of snow that fill up the lake this summer … of course we are not in the California watershed. All our excess water ends up in Pyramid Lake, Nevada

How many acre-feet does that snowpack give? Here’s where we’re at. The slope of the increase is great, but sfdragonboy’s right - it has to continue or we’re screwed. 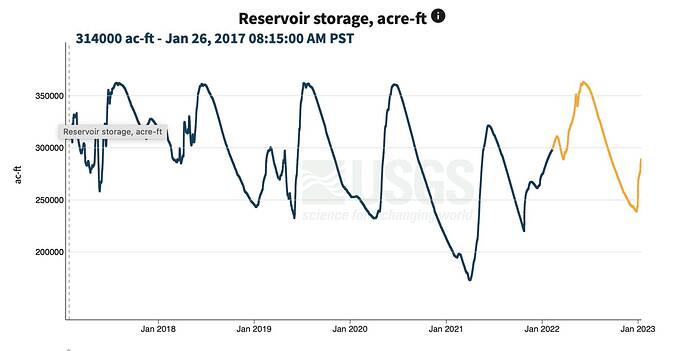 Statistical Long term look. Drier years are longer and more frequent than wetter in the last 30+ years. Haven’t examined the data myself

so take it for what it is. 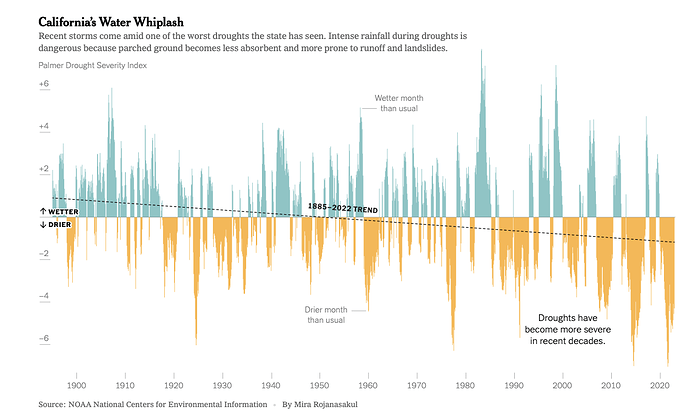 You have fallen into the environmentalists trap. They haven’t allowed a major dam to be built in 60 years. They don’t want to solve the problem. We have huge rain years every 5-6 years. That’s normal. Our dams are routinely only 50% full. If we can increase their capacity through better water management and build more dams we don’t have a water problem. Politics are the problem not climate change. I remember the 70s drought when ski resorts were closed. I remember the 1992 drought when Tahoe was the lowest ever. Plus I remember all the big snow winters like 1982. Build more storage capacity, desalinization plants or close the borders and don’t allow more babies… easy choice… Nanny State or Yankee ingenuity

So even if the rains stop, no more drought That means the drought is over even it doesn’t rain till next season.

This is categorically incorrect. Keep in mind that we have had what 3? years of drought so we are waaaaaay behind despite the fabulous numbers. Again, since it did happen last year, we just want cool weather and continued rain (not necessarily rivers of it, but not hot weather too) through April if at all possible.

Hetch Hechy is at record highs. SF has plenty of water despite what officials say.

I bet we will have normal average reservoir levels by June. One big winter can wipe out 5 years of drought. Just like in 16/17

By the way we are only a third of the way through the season.
Meanwhile the commies want to steal my water. 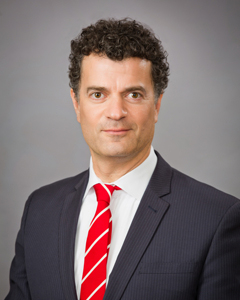 California is marching toward a world where those with wells on their own property will be required to put a meter on them and pay the government.

So what stops people from saying “0”?

Wait until they come for people with rain barrels…

How many acre-feet does that snowpack give? Here’s where we’re at. The slope of the increase is great, but sfdragonboy’s right - it has to continue or we’re screwed.

How much water is in snow? It depends on the kind of snow. 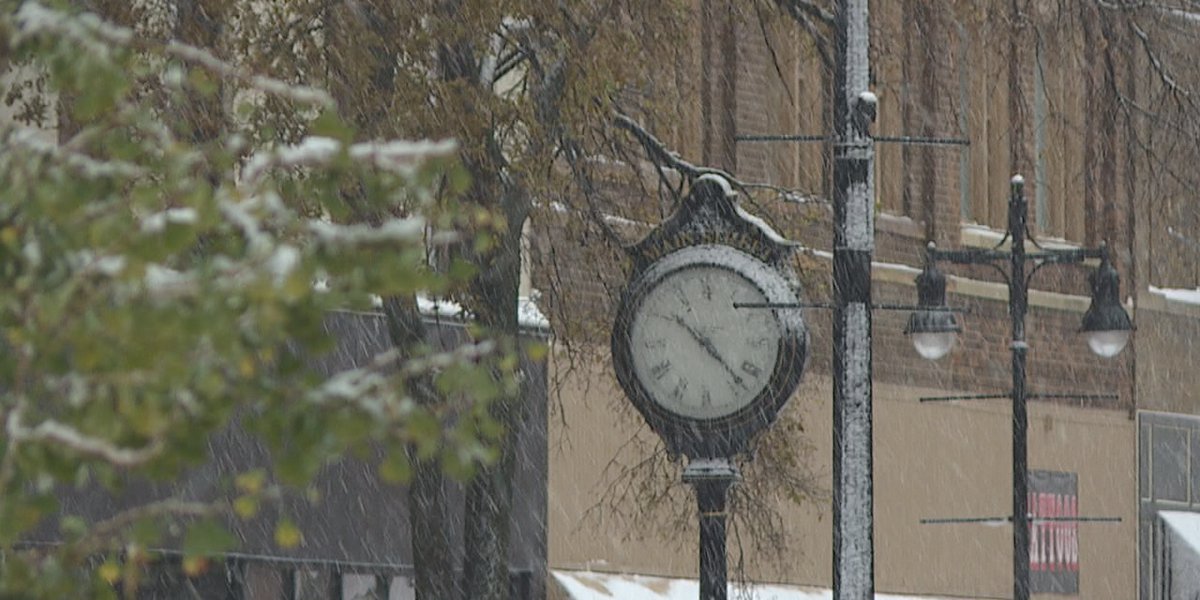 How much water is in snow?

Every five years Tahoe fills up. It’s going to fill up again this year. We need storage capacity in our reservoirs to have enough capacity during the dry years to fill our state’s water demand.
The Sites reservoir needs to be built ASAP. Enough water for 5m people
https://waterdata.usgs.gov/ca/nwis/dv?cb_00065=on&format=gif_default&site_no=10337000&legacy=&referred_module=sw&period=&begin_date=2000-01-15&end_date=2023-01-15

Reservoirs are filling at several feet daily. Oroville is already at 101% of normal for this time of year… up 100’ from record lows

Working with other agencies and the public, our programs strategically manage California's water resources and systems. Our goal is to meet social, environmental, and economic objectives for long-term water sustainability.

Many reservoirs are dumping excess water and being held at only 50% full due to fears of overflow. This is because we don’t have enough storage capacity. The Site Reservoir is still being held up. May actually get started in 2 years. Several others are delayed due to wacko environmental Nazis filing court challenges.

Meanwhile we have Snowmaggedon … over 300” already. Avalanche buried 50 at Echo summit with 10’ . Buried a couple of cars.
Closed all the way down to Placerville. On the second biggest holiday weekend of the season … drought???

I want all the neophyte bureaucrats in Sacramento to come up here and start shoveling.

Folsom is one third the size of Oroville. It routinely dumps threee times its capacity every year. Dump big time now… Folsom Lake Can Fill Three Times In One Year

Contrary to public perception, Folsom Lake receives enough water during a normal year to fill the reservoir to capacity 3 times.

Folsom is dumping 562,000 acre feet in the last 15 days
That’s enough water for 1m families per year.
Folsom dumps 2 million acre feet minimum per year. Enough water for 4million families. That doesn’t include the 1200 other dams
Many of which are dumping millions of acre feet right now. During our 1200 year drought.
https://www.usbr.gov/mp/cvo/vungvari/foldop.pdf

Both Oroville and Shasta are down about 100’. Filling at 2-3’ per day. They will both be full by July. From supposed drought to full in 6 months. All the climate scientists should be building dams instead of being chicken littles.

Plus, if they do it right they can be built to create hydroelectric power which is the cleanest energy available. There’s no CO2 pollution and no toxic waste. Oh, it also is consistent 24/7.

Don’t worry the environmental wackos will fuck it up . They have already delayed all the dams approved by prop 1. They are coming after your gas appliances. They have declared your pre 1978 home a lead and asbestos waste dump. They want to tax your well water. Take away your ICE car, your steak dinner and make you shit in a bucket. And worse make you live in a 200 sf cubby hole in a dense crime infested shithole city and ride buses where you will be assaulted. The dystopia of the progressive left 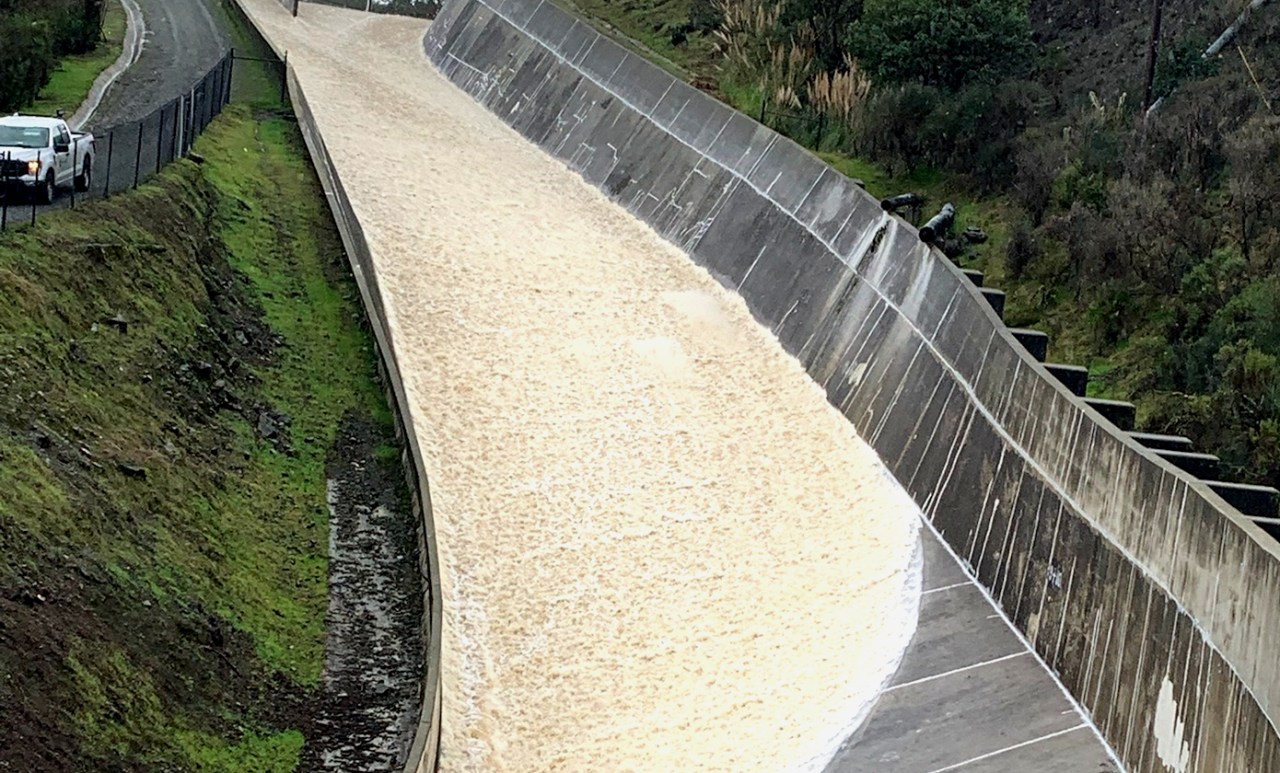 Four reservoirs in Santa Clara County are over 100% full

Don’t listen to the drought fear mongers. They have a political agenda to control us. To stifle housing development, to stop all economic development make us rip out our lawns and live in tiny homes. This mega rain year is an inconvenient truth. All the drought problems would go away if we build more Dams. The Sites Dam alone would solve the problem. Was authorized by Prop1 along with several other water projects… all held by environmentalists and lazy bureaucrats I just drove from Tahoe to Stockton. Never seen so much snow. Flooded pastures, full lakes… Drought??? No way…
I have pictures of my house in the biggest winter in my memory. 2017. There’s more snow now. Snowfall records falling but not yet a ‘historic’ season at Tahoe

SOUTH LAKE TAHOE, Calif. — The Lake Tahoe Basin has experienced, what has felt like, nonstop snow in January, leading people to call this a historic winter. While snowfall records have fallen this season at...

At least this dam is being built

I’m working with out ESG team on carbon footprint analysis. Large-scale hydroelectric isn’t considered sustainable because of the environment impact. Granted, they couldn’t tell me the definition of large-scale vs. regular hydroelectric. This whole thing has become total nonsense.

It reminds me of when environmentalists considered natural gas to be a clean energy source. Then we realized it’s very abundant and cheap. Now it is evil.

It shows just how irrationally left democrats have gone.

Pelosi also reiterated her earlier statements that more drilling offshore won’t reduce prices at the gasoline pump. “But if the president wants to put it on the table and we can revisit the relationship between Big Oil and resources that belong to the American people,” she continued, the matter might be discussed.”

Tell me, what happens if we don’t get another snowstorm from this point on? Are you saying we are still out of the woods (drought) since we got so much water to date? No way!!! All you have to do is look at what happened last year to know that we need to continue having some rain (not necessarily atmospheric river level wise) and normal cooler temperatures so that the snowpack has time to melt slowly later in spring.

Yes no drought with all the snow in the mountains. 250% of normal
Don’t live in the progressives dystopia. It’s ugly and stupid
We have twice the water of last year. I have seen it with my own eyes. The environmental movement is the enemy since Rachel Carson and Silent Spring. Love Canal and the anti nuclear movement. They hate Americans. They created the CO 2 crisis by eliminating nuclear power. And they are lying about the 1200 year old drought. . Drive around the state and observe the end of their BS drought. The fact is that we literally already have a years worth of water doesn’t jive with the progressive dystopia vision. Too bad. Build more dams and send these trolls to their caves. The lies of the last 50 years have even convinced thoughtful conservatives they are right. Bullshit. The looney left is wrong. Yankee ingenuity can solve the “drought problem “. But the Democrats in power would rather build a useless cho cho train to nowhere instead

Dams are already causing an environmental impact. It is what it is. At some point the question becomes “do you want to save water and generate electricity and displace some animals, OR do you want global warming?” Same environmental shortsightedness of the people who didn’t want logging so now the forests burn instead.

The global warming nuts are hypocrites. They don’t want dams or nuclear power. Both could solve the global warming issue. But of course that is not on their agenda. They want to destroy America. Our way of life and Western Civilization. They are self loathing hypocritical idiots. If they actually had a solution to anything I am all ears. But in reality they aren’t interested to solving anything. Nihilistic anarchists