Biden’s bumbling was a gift. Now the Republicans blew it. Ass kissing the religious right will be a disaster in November. Not to mention the riots this summer. 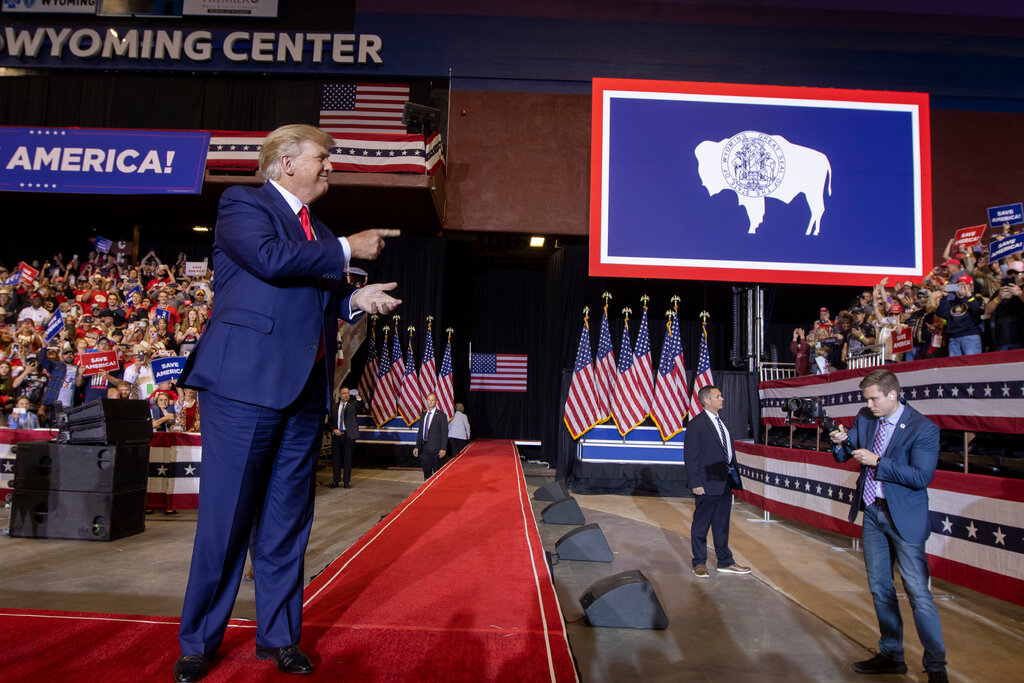 Former President Donald J. Trump has privately told friends and advisers that a ruling overturning Roe v. Wade will be “bad for Republicans.” 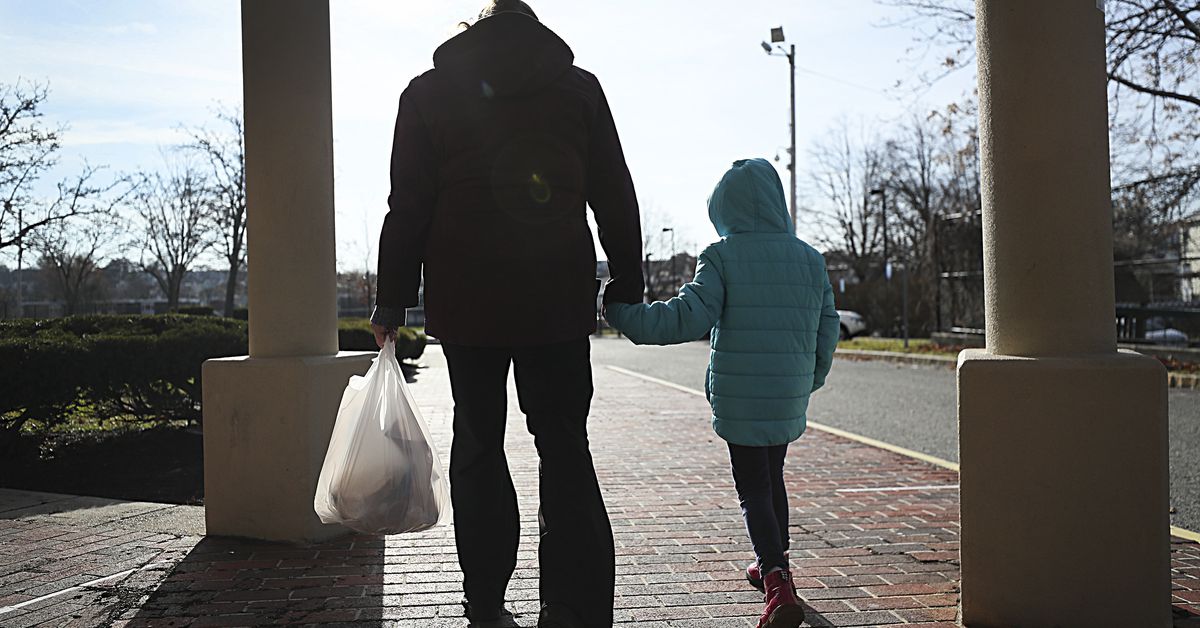 The end of Roe will mean more children living in poverty

How "pro-life" states are failing new parents and babies.

agreed. the hell hath no fury like women…as per my FB, people (Who have lots of disposable income), are fired up, ready to donate to places like ACLU-KY and TX, and be smart and organized about this.

its not the protests they should be worried about, its the suburban mom who was not really paying attention has now been mobilized

What I don’t get is why do suburban moms care so much about abortion? Statistically speaking, they aren’t the ones having abortions. Plus, there are a TON of different forms of birth control available now. It’s the equivalent of NRA rallies being full of people who’ve never owned or used a gun.

I’d be shocked if even 1% of people have even read Roe v. Wade. The two biggest parts were doctors wouldn’t be criminally liable or lose their license, and the woman had the right to privacy. The case was mostly about the privacy issue.

Liberals need to move to Bay Area. hurry up and drives back up the demand so i can raise 10% rent a year, come on Liberals, stop eating and abort your baby. Do it now

Personally I don’t care and I don’t even know why ppl make such a big issue. It they want to abort, just take a southwest get away ticket ,have the procedure and fly back.

What about the ppl who live pay check to pay check? 64% Americans live that way.

…and the price of gas and groceries is WAY higher on their list of things to worry about than having to hop state lines to get an abortion. So is a lot of the craziness going on in the schools. 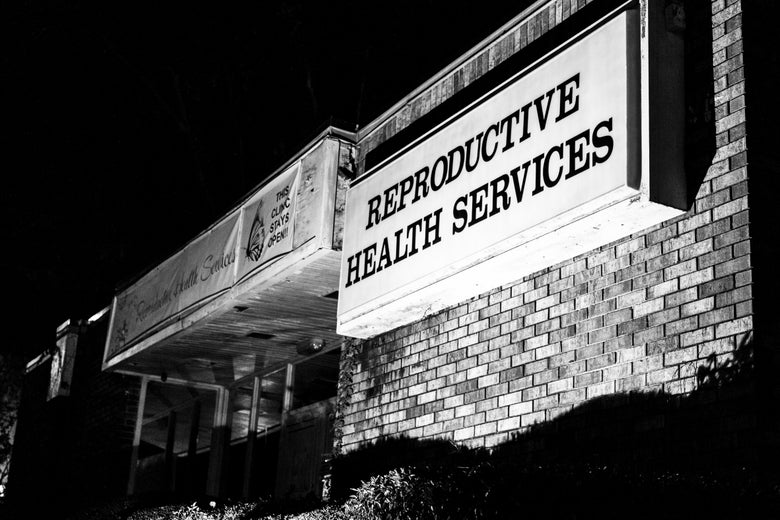 Doctors in Alabama Already Turn Away Miscarrying Patients. This Will Be Our...

Do you prefer the VA law that allowed doctors to deny medical care in the case of a failed abortion? They’d literally just leave the fetus to die. Let’s not even start on planned parenthood which is supposedly a provider of women’s health services yet doesn’t over pre-natal services. If you go there, the only option is abortion. They won’t even help someone who wants medical care to keep the baby. That’s really supporting women’s health.

The reasons suburban moms support is many of them have had it. which is why they are now suburban moms instead of crackheads in a homeless shelter

Suburban moms are worried about their daughters. Plus they feel their rights are being trampled. The Court has unleashed a shit storm that will destroy the Republican Party. It is time for a third party. The religious fanatics on the right and the loony progressive left have too much power. Time for the reasonable middle to rise up. Conservative on fiscal matter, liberal on privacy, tough on crime easy on regulations and pragmatic on solving problems. Too many people in our political parties only careabout their wacky principles ( like the rights of the unborn or transvestites) and not enough that want to solve real problems.

The two centrist senators slammed the Supreme Court's decision to eliminate abortion rights after they voted to confirm Justices Brett Kavanaugh and Neil Gorsuch to the court.

What’s your definition of many? Statistically, that’s impossible given 75% are performed on women at/near the poverty line. Also, 60% of women having an abortion already have one or more children. That goes against the abortion to finish school argument. Only 12% are performed on women under 20, so it’s not a major factor in preventing teens from having kids.

enough that I have friends, (3) who have had them, and they are very solidly upper middle class. I don’t know stats, but more extending my own personal experience to explain why suburban women supported.

this is personal, but I had some thoughts of aborting my now almost 9yo. my pregnancy was hard, I had hyperemesis (where you vomit, I was vomiting 20+ times a day and had to go to ER twice). I pulled through and I am glad we didn’t, but that was a dark 10 months for me where I struggled to get out of bed, had to work FT, had a 2yo, (when you vomit yourbrains out 20+ times a day, there isn’t much left in your body for the rest of life). DH did what he could but he also was working at Amazon (the worst for WLB) BUT the option was there for me, and I am glad I had the option, though we didn’t take it. DH was man enough to let it be my decision. and this was a wanted baby. I was just incredibly sick.

All of Trumps appointees said that Roe vs Wade was settled law. They lied. Should all be arrested for perjury. Or at least contempt of Congress. If the Republicans don’t walk this back they will loose. Do we want a super Democratic majority in Congress like our State legislator. Democrats will take over until abortion is legal again. Regardless of one’s religion, this is political suicide for the Republicans

The Republican Party stood for individual rights. Keep the government out of my business. These Catholics on the Supreme Court are trying to impose their religious dogma on the rest of us. Un-Republican and unamerican

Anti-abortion states split on how to enforce ban, whether to prosecute or...

Some states are pursuing aggressive measures, including encouraging surveillance of women and prosecuting doctors.

The Republican Party stood for individual rights. Keep the government out of my business. These Catholics on the Supreme Court are trying to impose their religious dogma on the rest of us. Un-Republican and unamerican

All this decision does is un-federalize the issue and kick it back to the states. Totally consistent with individual rights. Don’t like one state’s response? Move to another state just as millions of Californians have moved because they didn’t like that state’s other laws (or lack of law enforcement).
Even Ginsberg was on record as saying Roe v Wade was a terrible piece of jurisprudence. A made-up right found nowhere in the Constitution. It’s overturn was inevitable. This is a good time for it as the Dems have fouled up everything under the sun so it’s off the radar of people to whom it would otherwise determine their vote. It will also garner more Hispanic votes for the Reps. The Dems have been hemorrhaging blacks and Hispanics for multiple election cycles now.

You really think blacks and Hispanics will now vote Republican?
Kentucky is already saying it will prosecute individuals that cross state lines to go after their citizens that get abortions out of state. This will cause a shit storm of arrests and lawsuits. This will cause a greater divide between red and blue. Probably the opening salvo in a civil war between the religious zealots and the loony left. Time for a new party that is not beholden to the old south and evangelical wackos on the right and the woke idiots on the left. I am sick of both them.
I remember the old south, the one my mother escaped from
It was a scary place to go to. The wackos want to bring it back

I was looking forward to a Republican victory in November
Kiss that goodbye. The Republicans won’t even win in Texas. Women will never forgive the reversal of Roe v Wade which set the country back 50 years.

Preventing people from crossing state lines to do something will never stand up in court.

But that civil war has already begun. Legacy media just represses it. At least 6 states have introduced or passed laws prohibiting banks and insurance companies from doing business in their state if they discriminate based on politics e.g. they don’t lend to or insurance firearms manufacturers or the fossil fuel industry. Abortion is just the latest issue in a trend.