The most disruptive phase of globalization is just beginning

Technology will bring globalization to the people-centric service sector, upending far more jobs in rich countries than the decline in manufacturing has in recent decades.

Great article. I have that book on my list.

I agree on the whole globalization can’t be stopped. The profit motive is so great of course every company and every individual will want in for the money. More efficiency = more profit. But in any single country like the US or Britain it doesn’t mean that the pols won’t adopt bad policies that delay the inevitable. If Trump follows thru with his catastrophic instincts and start trade war with China the US will be badly hurt as well. So globalization may be paused or even reversed some here, while everybody else is charging ahead without us.

The only skill safe from automation is empathy. For better or worse we humans still like to talk with and connect with other humans. You guys are not robots, right? 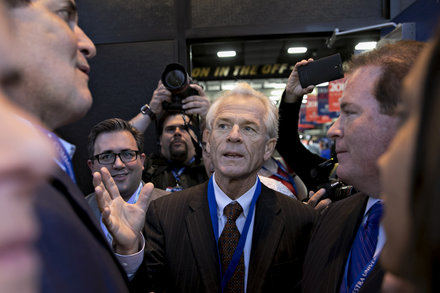 Opinion | And the Trade War Came

Tariffs: A bad idea whose time has come.

So what will happen when the Trump tariffs come?

There will be retaliation, big time. When it comes to trade, America is not that much of a superpower — China is also a huge player, and the European Union is bigger still. They will respond in kind, targeting vulnerable U.S. sectors like aircraft and agriculture.

And retaliation isn’t the whole story; there’s also emulation. Once America decides that the rules don’t apply, world trade will become a free-for-all.

Will this cause a global recession? Probably not — those risks are, I think, exaggerated. No, protectionism didn’t cause the Great Depression.

What the coming trade war will do, however, is cause a lot of disruption. Today’s world economy is built around “value chains” that spread across borders: your car or your smartphone contain components manufactured in many countries, then assembled or modified in many more. A trade war would force a drastic shortening of those chains, and quite a few U.S. manufacturing operations would end up being big losers, just as happened when global trade surged in the past.

Tariffs are a last resort. It’s called laying out the worst case to establish a negotiating position.

To know the real policy impact, we need an impartial analysis. It’s unfortunate that real answer is sometimes very hard to find in the mainstream media since a lot of politically motivated fake research is published to fool the public. Fake analysis, fake research, fake pundit, fake polls are worse than fake news. Fake news can be exposed easily and quickly, but fake analysis is not easy to repute even after the fact.

The incoming cabinet is composed of many top businessmen, I think they might not be a disaster as some fake analysis predicts. If the fake analysis has any value, stock market should crash instead of rally.

Everyone is entitled to his opinion, but purposely misleading for political reasons is disgusting. I hope the media will become better.

European and China already impose huge tariffs…What will change if we do? 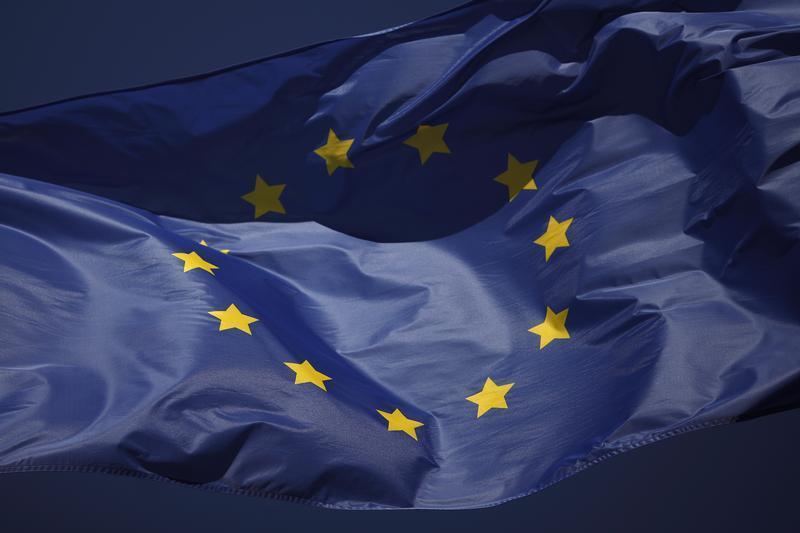 Exclusive - EU ready to lift duties on most U.S. goods for trade pact

The European Union will offer to lift tariffs on nearly all goods imported from the United States as part of negotiations towards the world's largest free-trade deal, people familiar with the proposal have told Reuters.

It is all a big game…But in reality, Europeans pay for huge duties especially against Asia…You hardly see any Asian cars in Europe. .And the only “American” cars are made in Europe. .They really aren’t American at all, just Ford and GM names on their divisions…In fact most multinational companies are not really loyal to any nation…

Tahoe just had an earthquake. Elt1, are you ok?

I thought Tahoe is safe from earthquake. It could happen anywhere.

There were 3 earthquakes in Hawthorne 70 miles from Tahoe.
One tenant noticed some cracks…Otherwise no issues. I am in Salt Lake City, sking at Alta…A 5.8 earthquake in Hawthorne is no big deal…A 5.8 quake in Salt Lake would have been a disaster. .lots of URMs…Brick death traps…

IMHO, the article makes no sense. Do author understand what is comparative advantage?

How did you find this? His father was a silly SF mayor. I do not want to read silly mayor son’s nonsense.

As the son of the progressive former mayor of SF, he is against globalization? He could have a point, but is it with read?

IMHO, the article makes no sense. Do author understand what is comparative advantage?

First half in Mandarin.

Second half, the translation in English.

He advocates for continuation of globalization.

What happen to the money that American companies and USG made from globalization over the last 30 years?
WallStreet and participation in 13 wars.

That seems to be the official response from China now? US wasted all its profits made from globalization on wars. Jack Ma launched into talking about this unprompted.

That’s a reasonable argument. But US leadership over the years were not stupid. We fought wars because ultimately it benefited the US. It may not be obvious just looking at the expenses. But being the world’s biggest bully of course is extremely profitable. Similar to being the biggest drug kingpin. We set the rules. And we benefited from those rules.

Ultimately I think China will be on the same war path. DXP back in the days explicitly said China has to lay low and bid its time. Don’t over provoke the West. Now Xi is much more forceful on the South China Sea issue. Sometimes I think he’s over confident and should lay low for another decade or two.

When a new world power comes on scene, there is usually war between the old reigning power and the new rising power. Peace is exception. I wonder if we will see wars with China’s rise. 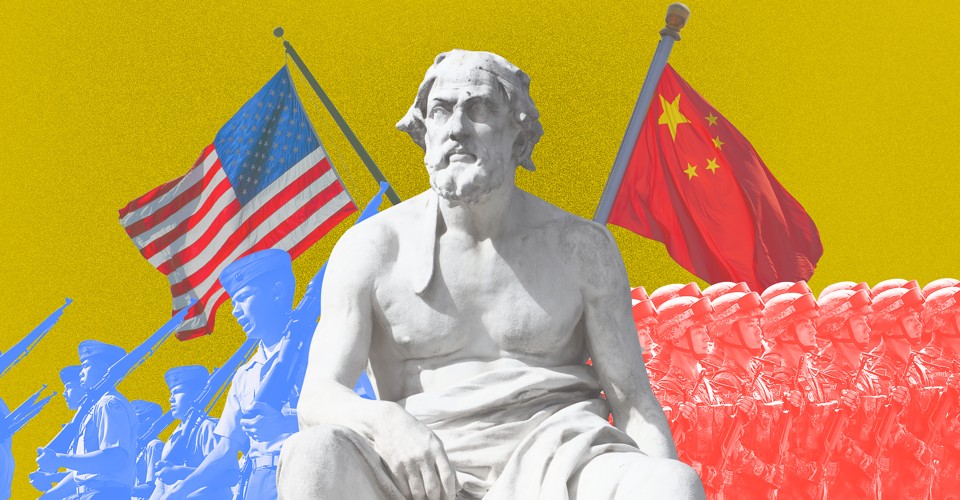 The Thucydides Trap: Are the U.S. and China Headed for War?

In 12 of 16 past cases in which a rising power confronted a ruling power, the result was bloodshed.

I thought the whole world has become a single village, border is not needed any more, there is only love and peace left in the world.

Entropy is the natural state. War is inevitable. …Peace lovers are like communists, they believe in something that is not natural or even possible… .Look at the animal world, fight for survival exists everyday…Remember when George Bush senior announced the end of wars? That is like saying the end of history…My father wrote a history of the world…It was basically the history of war.

Romance of three Superpowers means none would want to engage in war.

In any case, wars are now conducted in different arena such as cold war, economic war, diplomacy war

I think Trump is right . Russia is a natural ally and our histories and geography are similar…China has never been expansionistic…The Chinese strategy of buying in areas with natural resources in Africa and South America is much smarter than saber rattling in Asia…

The Chinese don’t need to go to war…They can just out spend us, like we did to the Russians …with our own money…lol

Military spending as a percent of GDP is lower than it was during the Cold War era. So spending data would suggest he’s wrong.

Russia is in long term decline. Its GDP is the size of Spain. Yeah, it’s pretty darn small. It’s out of the race for superpower. You need a big and growing economy to be a superpower. That’s how you fund the big armies.

The cold war was not cold at all. US and USSR fought many proxy wars starting with the Korean war. Many lives lost and countries in ruin.

It’s hard to imagine we will fight another major world war now, just like it was hard to imagine in the months leading to WW1 and WW2. The relative peace in recent years is abnormal. We are overdue for a big one. Trump is busy undermining the institutions and world order we built in the last 70 years to avoid that.