In the memo, which is the personal opinion of a male Google employee and is titled “Google’s Ideological Echo Chamber,” the author argues that women are underrepresented in tech not because they face bias and discrimination in the workplace, but because of inherent psychological differences between men and women. “We need to stop assuming that gender gaps imply sexism,” he writes, going on to argue that Google’s educational programs for young women may be misguided.

The post comes as Google battles a wage discrimination investigation by the US Department of Labor, which has found that Google routinely pays women less than men in comparable roles.

“
[2] Of course, I may be biased and only see evidence that supports my viewpoint. In terms of political biases, I consider myself a classical liberal and strongly value individualism and reason. I’d be very happy to discuss any of the document further and provide more citations.”

The biggest discrimination i have observed so far in SV is really ageism.
The good thing is everyone becomes that age at certain point.

“Unfortunately, the overwhelming majority of humanities and social scientists learn left (about 95%), which creates enormous confirmation bias, changes what’s being studied, and maintains myths like social constructionism and the gender wage gap[9]. Google’s left leaning makes us blind to this bias and uncritical of its results, which we’re using to justify highly politicized programs.”

Do you have proof of ageism?

Age discrimination can benefit companies economically, I doubt it’s more acceptable. Especially because age is not an issue exciting the left or right

Absolutely. When one reaches older age, he/she can write computer programs much slower than when he/she was younger. This is due to deteriorating neural conditions in the brain because of age. That’s why high tech companies get rid of them and replace their position with younger folks.

If you have reached a certain age in tech, you either turn into a manager, become an architect (techie without the need to code), or drop out of the field altogether.

Not surprising! Compare this to sports, which is always dominated by the young. Small potatoes.

People generally have good intentions, but we all have biases which are invisible to us. Thankfully, open and honest discussion with those who disagree can highlight our blind spots and help us grow, which is why I wrote this document.[2] Google has several biases and honest discussion about these biases is being silenced by the dominant ideology. What follows is by no means the complete story, but it’s a perspective that desperately needs to be told at Google.

At Google, we talk so much about unconscious bias as it applies to race and gender, but we rarely discuss our moral biases. Political orientation is actually a result of deep moral preferences and thus biases. Considering that the overwhelming majority of the social sciences, media, and Google lean left, we should critically examine these prejudices.

Respect for the strong/authority
Disparities are natural and just
Humans are inherently competitive
Change is dangerous (stable)
Closed
Pragmatic
Neither side is 100% correct and both viewpoints are necessary for a functioning society or, in this case, company. A company too far to the right may be slow to react, overly hierarchical, and untrusting of others. In contrast, a company too far to the left will constantly be changing (deprecating much loved services), over diversify its interests (ignoring or being ashamed of its core business), and overly trust its employees and competitors.

Only facts and reason can shed light on these biases, but when it comes to diversity and inclusion, Google’s left bias has created a politically correct monoculture that maintains its hold by shaming dissenters into silence. This silence removes any checks against encroaching extremist and authoritarian policies. For the rest of this document, I’ll concentrate on the extreme stance that all differences in outcome are due to differential treatment and the authoritarian element that’s required to actually discriminate to create equal representation.

Yeah, sports commits a lot of discrimination: age discrimination where no middle age or senior athletes in Olympics and in professional leagues.

And a major lack of female professional players.

The gender pay gap in sports is much higher

Also, it’s hard to generate diversity in high tech when 90% of college STEM majors are white/Asian males. Rather than blaming the companies, why not blame the education system or the culture that inhibits other groups from majoring in Stem?

Was there any lawsuit about too few women software engineers?

Also, it’s hard to generate diversity in high tech when 90% of college STEM majors are white/Asian males. Rather than blaming the companies, why not blame the education system or the culture that inhibits other groups from majoring in Stem?

Sports commit discrimination is a necessity. Who wants to watch a bunch of seniors playing basketball? We want to watch the fittest people who can play, which happens to be young black males in the case of basketball.

Then why not young women basketball players?

As I said before, ignorance is pretty visible in the comments of some posters. They don’t know that their presence in the US is due to liberalism. Specially if they are women, their rights were fought and won by liberals. Learn your country’s history before spouting nonsense. You are living here, not “over there”. 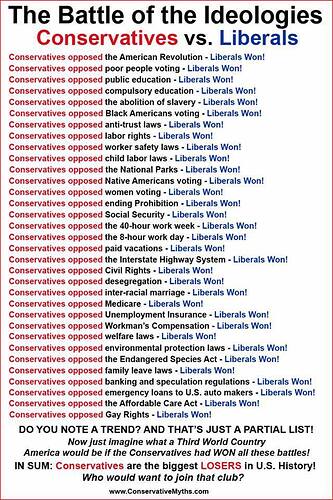 Do you have proof of ageism?

As i said, my statement was based on my experience. Thus, no statistical evidence.

I once tried to help my ex manager for a position at the company i worked for at that time. He was the most productive and brilliant architect that i have worked with. However, most of upper managements didn’t take a serious look when they first figured out his age. He was interested in individual contributor position. I was especially shocked by people’s comment purely based on his age.
Well, i was so glad to hear that he joined one of FANG at the age of 65 recently. Thus, there is still hope.

Most people enjoy looking at female cheerleaders a lot more than female players.

Some exception such as MMA.

I bet that guy will get fired on Monday. Not sure he will ever get hired in this part of the country.

Well, i was so glad to hear that he joined one of FANG at the age of 65 recently. Thus, there is still hope.

Just in case you mean AAPL which is not a FANG. AFAIK, FANG cares a lot about GPA and the college where you’re graduated, ideally Ivy or very well known such as Stanford, Berkeley, MIT, Harvard, Princeton…

So, about this Googler’s manifesto. – Yonatan Zunger – Medium

You have probably heard about the manifesto a Googler (not someone senior) published internally about, essentially, how women and men are…

People who haven’t done engineering, or people who have done just the basics, sometimes think that what engineering looks like is sitting at your computer and hyper-optimizing an inner loop, or cleaning up a class API.

Essentially, engineering is all about cooperation, collaboration, and empathy for both your colleagues and your customers. If someone told you that engineering was a field where you could get away with not dealing with people or feelings, then I’m very sorry to tell you that you have been lied to. Solitary work is something that only happens at the most junior levels, and even then it’s only possible because someone senior to you — most likely your manager — has been putting in long hours to build up the social structures in your group that let you focus on code.

All of these traits which the manifesto described as “female” are the core traits which make someone successful at engineering. Anyone can learn how to write code; hell, by the time someone reaches L7 or so, it’s expected that they have an essentially complete mastery of technique. The truly hard parts about this job are knowing which code to write, building the clear plan of what has to be done in order to achieve which goal, and building the consensus required to make that happen.