What's In the Inflation Reduction Act? | Committee for a Responsible Federal...

Update (8/3/2022): This analysis has been significantly updated to reflect a newly released score 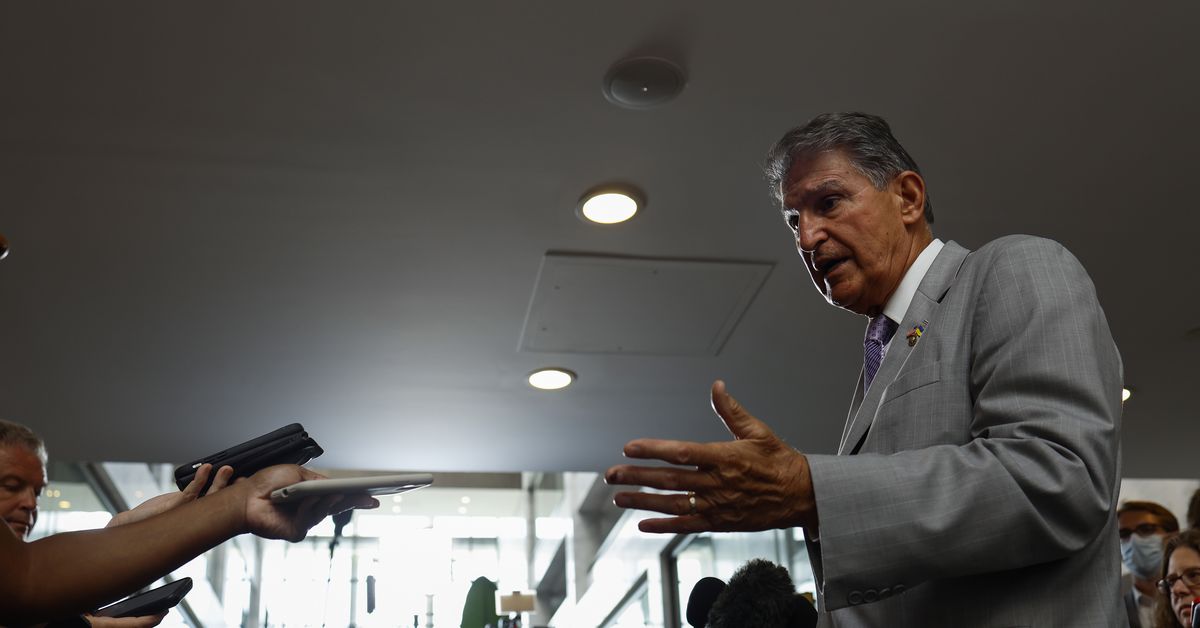 Three experts explain the impact it could have.

Will the Inflation Reduction Act would actually reduce inflation? We asked 3 experts - Vox

The Official U.S. Senate Committee On The Budget

What are the Obamacare subsidies? I see family of 4 income limit is $106k but this article says 300k?

Whip Inflation Now (WIN) was a 1974 attempt to spur a grassroots movement to combat inflation in the US, by encouraging personal savings and disciplined spending habits in combination with public measures, urged by U.S. President Gerald Ford. The campaign was later described as "one of the biggest government public relations blunders ever". People who supported the mandatory and voluntary measures were encouraged to wear "WIN" buttons, perhaps in hope of evoking in peacetime the kind of solidari...

CBO is known for over-estimating revenues from bills such as this and under-estimating negative consequences. And the tax break “offsets” to tax increases are really just wealth re-distribution to favored industries. In any event, even if deficit reductions of 33 billion or so a year come to pass it’s nothing in light of current deficit levels which are at about a trillion a year.

It’s the Wizard of Oz redo 57. And, we don’t have Toto to pull the curtain back for us.

It’s really just political pandering and rewarding favored friends but putting a title on it that has nothing to do with what it does. The one page summary is our government’s own “Two Minutes of Hate” right out of Brave New World. It keeps people focused on a target and not on the slight of hand that the government is pulling.

What are the Obamacare subsidies? I see family of 4 income limit is $106k but this article says 300k?

Inflation helped make Nixon ineffective and made Ford basically a lame duck and then a dead duck. People on here supporting Biden say it’s not his fault. But the 70s prove that inflation is deadly to your career if you are President. Biden will follow Carter as a one term President… he will be a lame duck after November and could loose the Senate and House. He failed to take inflation seriously last year at his peril. 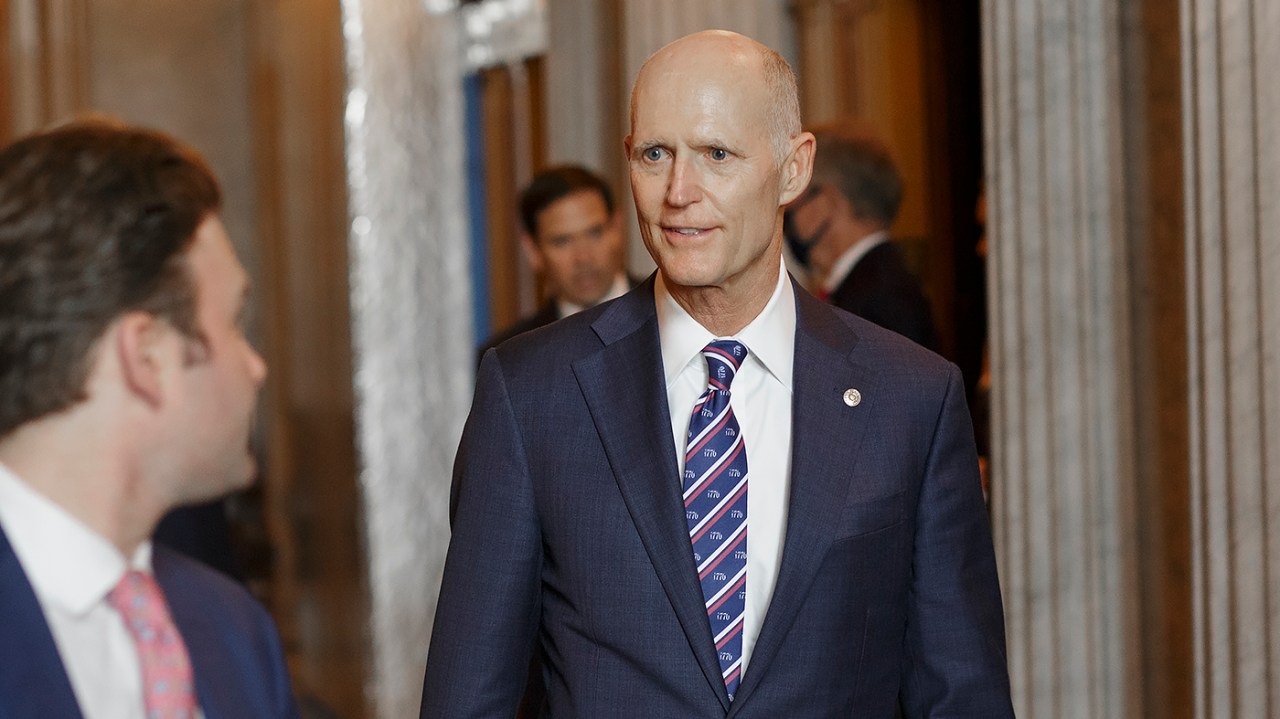 National Republican Senatorial Committee Chair Rick Scott said on Sunday that it will be tough for GOP lawmakers to take back the Senate in the upcoming midterm elections.  During an appearanc…

One of the couple with calfresh/ medical gets removed of benefits once they are married if the spouse has higher income and thus household income is different from before marriage household income. I’m not clear how can we plainly add individual income limits.

We need a new law that limits bills to 1-page, so they aren’t full of crap. Does anyone believe that anyone that voted for this thing actually knows everything that’s in it? 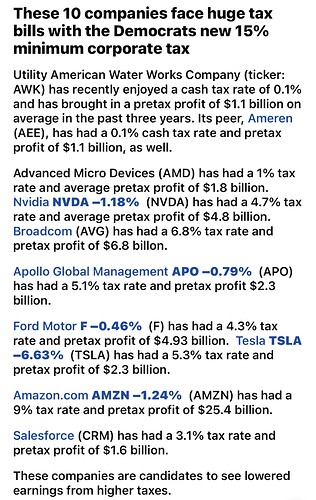 Surprise so many profitable companies pay so low tax.

They quote WW profit and compare to US income tax. I wonder if they bill requires a minimum % US tax on WW profit or US profit. If it’s US profit, it won’t change much. 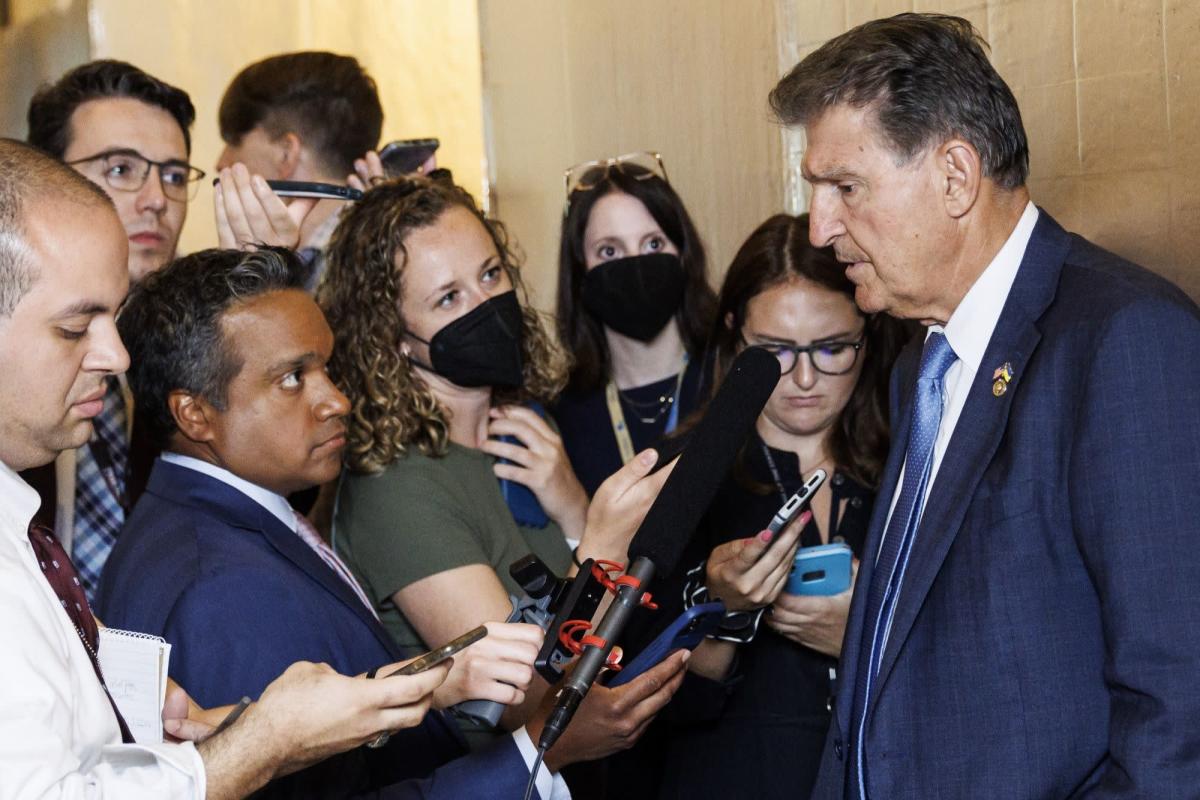 (Bloomberg) -- The Senate passed a landmark tax, climate and health-care bill, speeding a slimmed-down version of President Joe Biden’s domestic agenda on a path to becoming law after a year of Democratic infighting that the White House was unable to...

One of my friends would always say, “Corporate don’t pay taxes. They collect them from their customers.”

Fluctuating energy, food and housing prices are likelier to move the needle on inflation in the near term than any spending plan Congress passes, experts say.

Although the new bill doesn’t take nearly as targeted of an approach to fighting inflation, it does aim to reduce the prices consumers pay in one key area: health care. “Health-care costs are an important driver of inflation in this country,” says Adams, adding that the U.S. is unique among developed economies in the amount it spends on health care compared to the outcomes its citizens receive.

“From a 35,000-foot view, controlling health-care cost increases can bring down inflation over the next three to five years,” he says.

In addition to letting Medicare negotiate drug prices on behalf of consumers, the bill limits out-of-pocket prescription costs for Medicare beneficiaries to $2,000 per year. And if drug companies raise prices faster than inflation, they’ll owe rebates to Medicare — presumably a deterrent to the sort of price hikes that can cripple the budgets of older Americans.

Clearly the main goal of “Inflation Reduction Act” is not inflation reduction. But I don’t think the bill will have zero effect on inflation over the long term. One reason is the above, reining in health care costs. The other is deficit reduction. Have the government spend less money is the fiscal side equivalent of raising interests rate.

The deficit reduction is inconsequential - if it’s even realized at all.