The CBS News head pollster has some information for Democrats expecting a Blue Wave to take over the House and more in November’s midterm elections: It’s not looking good. In Where Did …

“The CBS News Battleground Tracker has a panel of 5,700 registered voters, with the majority in the districts that are highly contested. That poll indicates that few House seats will change parties in November, with the GOP likely holding its majority in the House.

“Right now I think this election looks like a toss-up,” Salvanto said to the Post. “We see a Democrat pickup in the House of Representatives in the 20-odd seat range, but Republicans could certainly hold on to the House.””

Probably accurate. Too much gerrymandering. Democrats needs to win by a massive landslide on the popular vote to flip the house.

Did you change overnight? I thought you belived in blue wave theory

Your popularity is going down quickly

Historically the Party the President is from has held the majority in House/Senate(have to look it up) only thrice since 1930s. So, historically speaking the data favors the Democrats.

Why are pollsters trying to tone down expectations?

Networks want a close race to pump up ratings. Who wants to watch a football game that’s 49-0? 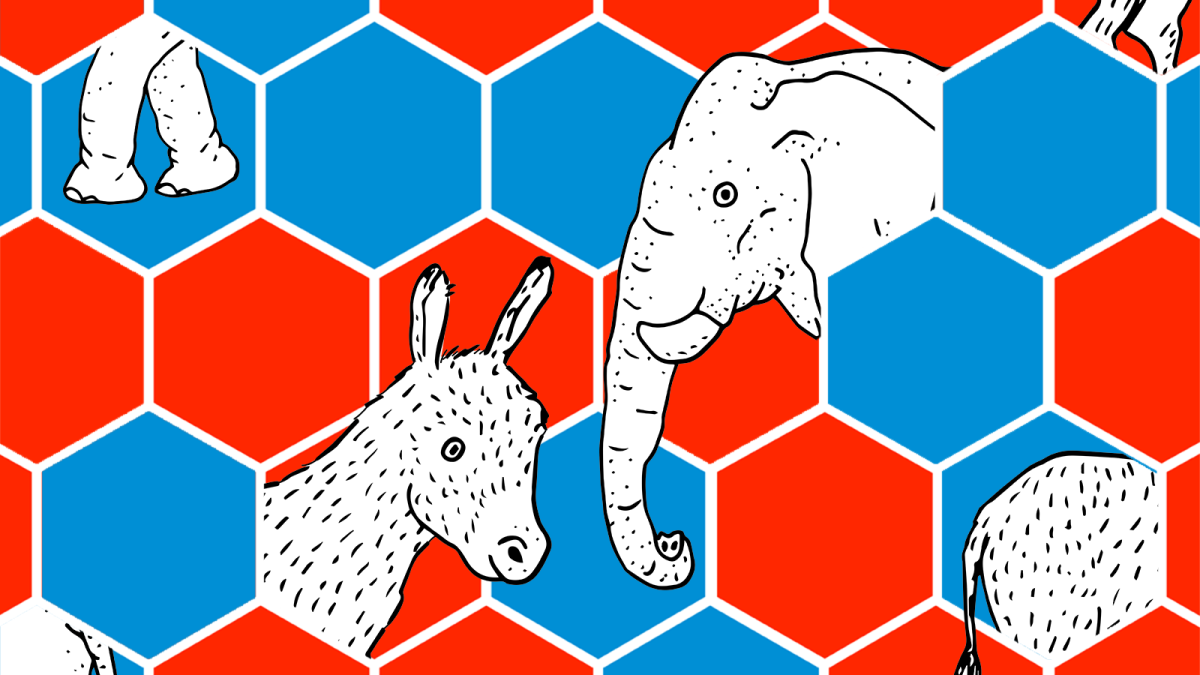 FiveThirtyEight's predictions for the 2018 House elections 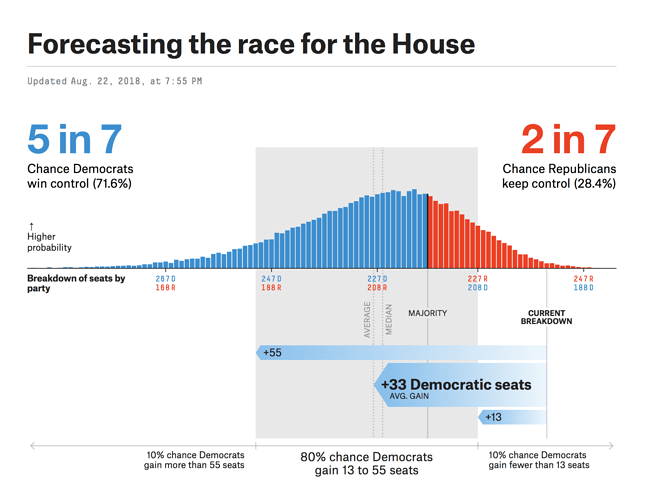 Another 71 vs 28? Nate seems to love this ratio, that’s exactly the same ratio he assigned to Hillary vs Trump in 2016! The difference is only 0.2%

Yup, so there’s hope to you.

28% chance is not 0. It can happen. Just like someone can win the Power Ball despite the long odds.

I’m neutral to the result, but interested in accuracy

We all know how “neutral” you are.

Accuracy is the most important metric for forecast. I don’t like forecast which is wrong by a landslide

I don’t like forecast which is wrong by a landslide

What does that mean?

I can tell you the odds of you winning the Power Ball is 1 in a billion, and you win tomorrow. Am I “wrong by a landslide”? Do you know how statistics work?

Yeah, you are an elite statistician and I am not.

He was even criticized for favoring Trump in his forecast

In the week leading up to the 2016 U.S. presidential election, the FiveThirtyEight team predicted that Hillary Clinton had a 64.5% chance of winning the election. Their final prediction on November 8, 2016, gave Clinton a 71% chance to win the 2016 United States presidential election,[89] while other major forecasters had predicted Clinton to win with at least an 85% to 99% probability.[90][91] Donald Trump won the election. FiveThirtyEight projected a much higher chance (29%) of Donald Trump winning the presidency than other pollsters,[90] a projection which was criticized days before the election by Ryan Grimof The Huffington Post as “unskewing” too much in favor of Trump.[92]

What were the odds of Hillary winning? The problem with the SJW crowd is they are so intolerant that anyone who doesn’t agree with them stays silent.

Poll is done anonymously, I think people are not that afraid to say who they will vote.

I think it’s the sampling and other manual manipulation to make your result conform to the crowd.

LA Times predicted presidential elections very accurately. They predicted both Obama win and Trump win. I think many pollsters are only half baked experts

You can check out LA Times poll over the months. They were consistent for many months.

Statistics is as junky as people think

The USC/L.A. Times poll saw what other surveys missed: A wave of Trump support

Tonight, we'll find out whether the USC Dornsife/L.A. Times tracking poll was right.

Eh? I never prognosticated on the elections. I used to identify as a Republican till the mess off the Iraq war. Then I identified as a Democrat. Now I identify as left of center. But I call it as I see it

Oh, I might have confused you for someone else

This midterm election cycle is definitely not a boring one.

Kavanaugh saga just ended, you have the mail bomb. Right after the mail bomb suspect is arrested, Pittsburgh shooting happened.

Turnout will be great for both sides. At the end of day, it may still be the same. Dem gets the house and gop gets the senate.

Caravan news is a wild card. It’s not as dramatic as other news, but people might be curious about how Trump will deal with it.

If the migrants force their way into US despite the presence of army forces, what will happen? If any migrant is shot, it will cause political problem. If the migrants get in, Trump supporters might not be happy and refuse to vote.

What if someone hires a suicidal migrant and forces his way in to force the army to shoot?