I need to tell my Big Bro that his Saratoga is overrated apparently!!! 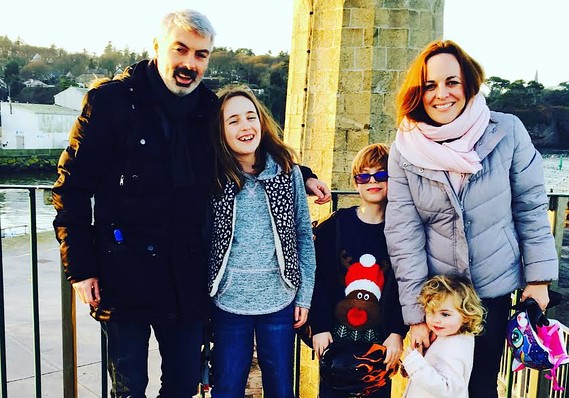 How did this husband and wife cope after their American dream came to an end? Quite well, actually.

Um… I don’t envy their downsizing…

Actually, technically I still live in San Francisco because that’s where my primary residence is but I hardly go back there anymore…

Why not? Good for downsizing needs… here a 2000 sqft home on half an acre with top rated schools will only cost you $1M as opposed to $2M in the South Bay. Instant discount!!!

Can you imagine buying a house like that in San Francisco? More like a little tiny shack in outer sunset sitting on 3000 sqft of no lot…

I moved from the South Bay to the east bay…

From an investment point of view, you make the right decision

(I know, I get it…) but this statement does not compute!!!

If you live like a king, but belong to the masses, you are dumb.

here a 2000 sqft home on half an acre with top rated schools will only cost you $1M as opposed to $2M in the South Bay.

How far I have to go out to find such place? I am interested

Getting tired of craziness in South Bay right now.

Urgh, nice place I heard. Never been there yet

How’s the Asian food there?

Walnut Creek has always been a nice place to live. My fav old boss lives there on a huge plot of land. The downtown area has been developed over the years to attract people in. Weather is usually pretty nice and warm in the summer. Crime rate is fairly low. Can’t imagine the Chinese food is great there in quality or quantity or my boss wouldn’t be calling me to have lunch in the City now and then. Hey, before he left, Steph Curry had a house there…

The schools seem to be all good. All these houses are about 10 min away from BART into SF too. Why have prices not gone up much here @Elt1 ? The WinField Ln house barely appreciated 200k since 2008.

Right, Steph Curry has been lurking here while not draining 3’s and learning the mantra: never, ever sell!!! His new place is a decent upgrade though… Walnut Creek is not as high end as Orinda or Lafayette. Its schools are not as good as San Ramon. I think it’s a case of neither here nor there. Few people from the Valley would think of WC when they consider a move. Most would at least consider SR.

Dublin is shaping up to be the Asian hub in that part of East Bay. Just recently I saw people raving about the Chinese restaurants there. There are Ranch 99’s in Concord, which is close to WC, and Dublin.

If you want to buy properties to invest with good cash flow, then try concord, Martinez, Pittsburg, Oakley.

If you want to live there, you need some town with good schools, that would be Lamorinda and Walnut Creek.

San Ramon and Dublin are kind of like South Bay offshoots. They’re for people who work in the valley but can’t afford the good schools in Cupertino so they choose to live there instead. They don’t feel like east bay to me.