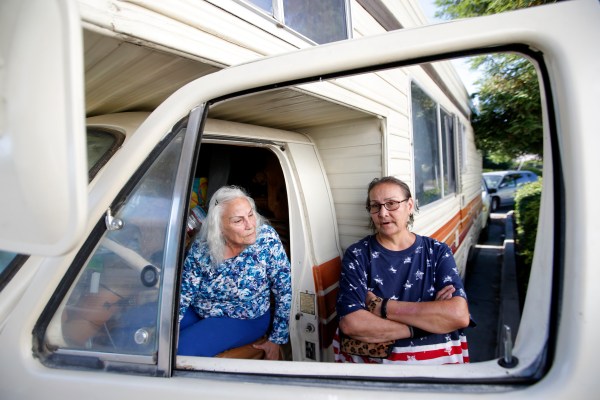 In Gilroy, Morgan Hill and Mountain View, officials are seeing a spike in the homeless population, with many of them living in recreational vehicles parked on city streets.

GILROY — This week was a street week for Aida Barron.

The 58-year-old South County native parked her 1979 Dodge Beaver recreational vehicle on a commercial cul-de-sac near the Gilroy Walmart, a ritual she does every fourth week when she needs to vacate the San Benito Thousand Trails RV park — a requirement in their bylaws.

That means that every fourth week she’s technically homeless, one of hundreds of people living in RVs in the South Bay who were counted in this year’s annual homeless census. The results, released last week, showed a huge increase in some areas, notably in cities south and north of the county’s homeless population center of San Jose. And officials and advocates said many are living out of recreational vehicles on city streets.

“There’s definitely a trend of people living in RVs because there’s just no affordable housing available,” said Dee Pearse, director of the Gilroy Compassion Center. “Waiting lists for low-income housing are three to five years long. People are opting to buy these older RVs and live in them for shelter.”

Shoot, I saw a bunch of RVs in that mall by Kaiser in Redwood City. Occasionally, I am seeing them in the sleepy Sunset where I guess you can stay a day or two before someone gets wind of you. 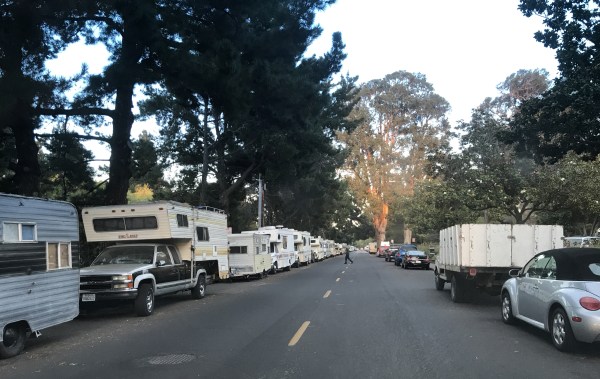 “Some are doing it by choice for refusing to pay the high rents, or they can’t afford it. But they are working poor. These are people who get up in the morning and go to one, two , three jobs to tr… 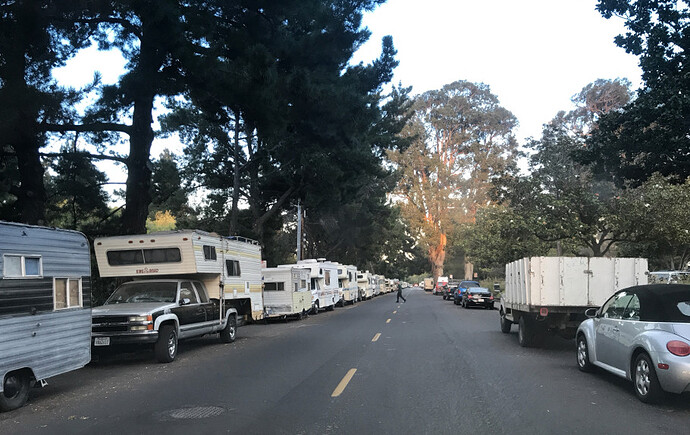 Stories of some of the RV folks. 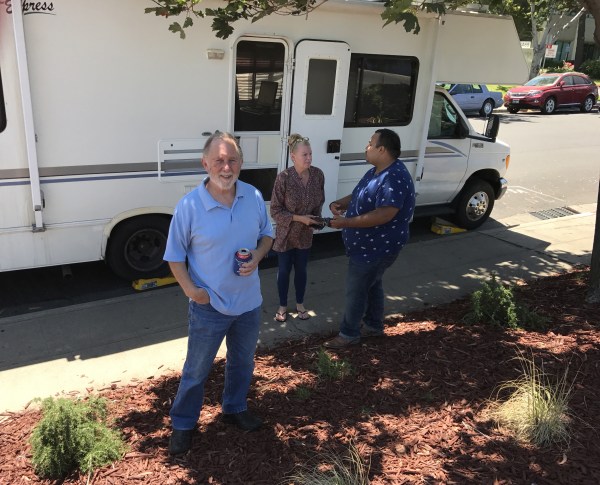 Increasingly, people who can’t afford stable housing are living in their cars, trucks and recreational vehicles.

Cities a have choice…Taller builidings with higher density, or streets lined with RVs.
I call for an RV march on PA…line the streets of Crescent Park with RVs…lol

RV has turned chic! Gets the Dwell treatment. 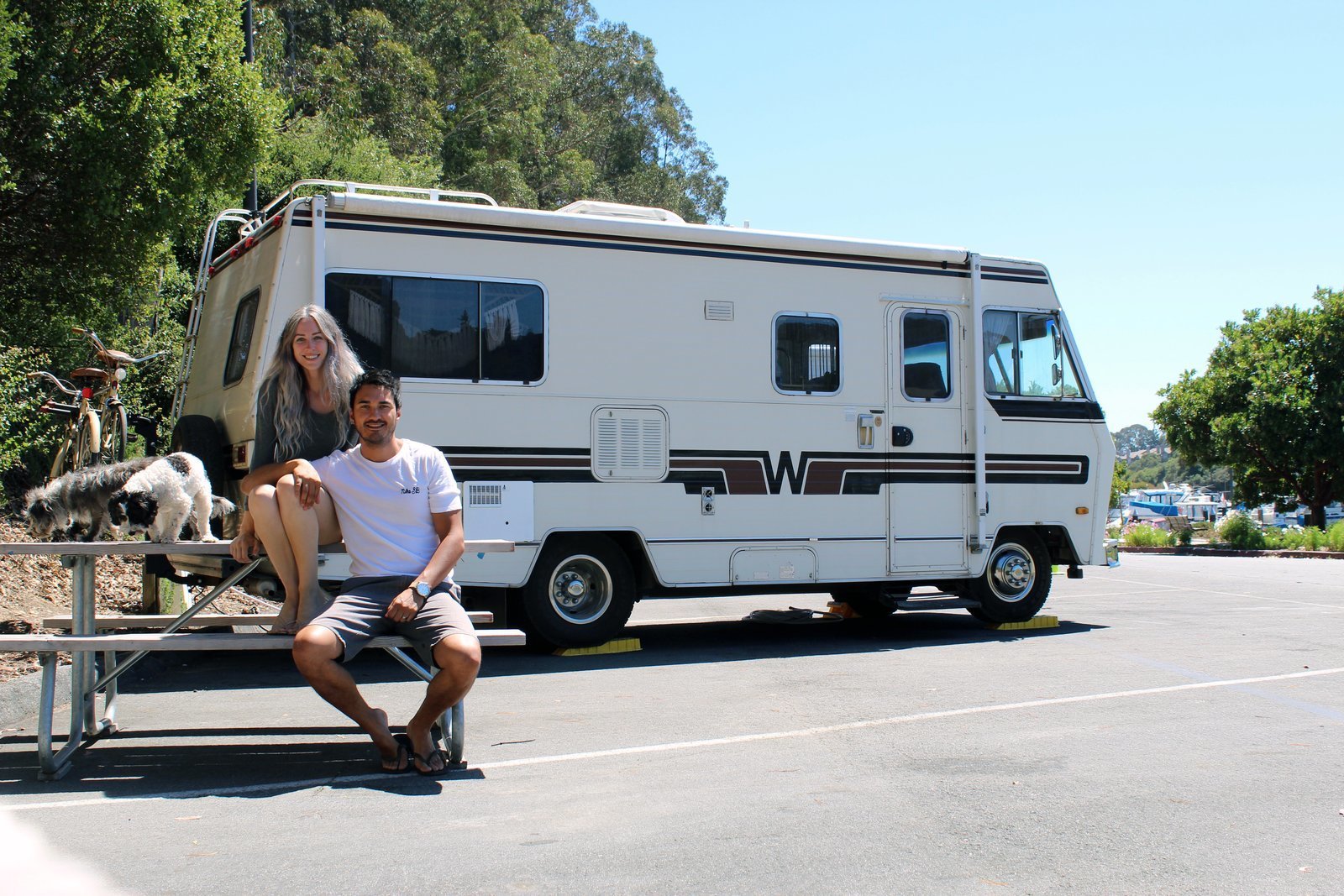 A Portland Couple Renovate a 1982 RV, Turning It Into Their New Home

When Liz Kamarul first set her eyes on a 1982 Winnebago for sale a few blocks from her home in Portland, Oregon, she saw past the dingy wood laminate cabinets and the dirty beige carpet that was consuming the floor. She saw potential.

Why don’t they leave for somewhere more affordable, I did
They can too. Fresno is warmer and very affordable. Vegas, Phoenix lots of better places than the BA to be homeless

Because frankly less services there probably and help from strangers. This is a rich area and people feel sorry for them and so they fork over a dollar or a 20 dollar bill and boom you have an epidemic on your hands.

It looks like most have jobs… So they can make more in SV than Fresno… But it is one third the cost for housing in Fresno… In Tahoe plenty make more than $12/hr and can afford $600/m per person… That is $2400 for a 4 Bd room
Similar to rents in Tracey
More than rents in Stockton. It is clear that wages determine rents… It is incumbent that BA cities encourage more supply… Mobile Home parks are probably the best short term solution

That’s a BS story. The woman is living in an RV with 3 adult kids! C’mon. You are telling me 4 working adults can’t afford one apartment anywhere in Bay Area? Or do they have to live in Mountain View?

Americans are getting lazier by the day. People used to move across state lines for jobs. Now they don’t even want to move across town. You don’t need to move as far as Fresno. How about Gilroy? Tracy? Or Gosh, the lowly San Jose? But no, people HAVE to live in Mountain View right next to the 2nd most valuable company on the planet.

Pols respond to voters. Building housing is a thankless job. Tax revenue is way less than building offices and malls because of Prop 13, and you got NIMBY’s screaming at you. Why bother?

The eldest will just have to kill the other offspring

Ok, there goes my startup that focuses on family reunions… 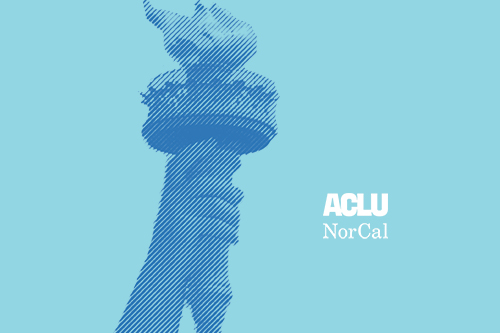