San Francisco Is The Place To Be

San Francisco: The No. 1 U.S. City for Building Wealth

Both in spite of and because of its pricey housing market, San Francisco ranks as the best city in America for accumulating wealth. #bankrate #californiaemploymentdevelopmentdepartment #claesbell

Anyone can write a blog. That means it is one person’s opinion. Not even a professional person or even a rich person. Now if you tell me Warren Buffet wrote it I would believe it.

Anyone can write a blog. That means it is one person’s opinion. Not even a professional person or even a rich person. Now if you tell me Warren Buffet wrote it I would believe it.

Well, not just a blog but it sounds like a study done. Here is the link to that article. 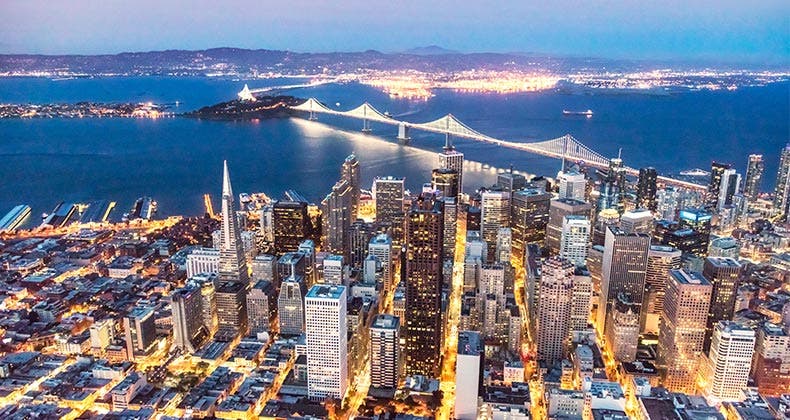 Bankrate’s No. 1 may seem obvious, but you’d never guess some of the other top cities.

When they say “San Francisco”, they mean the Bay Area, which includes our great city San Jose. Because otherwise how can one explain the lack of San Jose on that list? Don’t tell me San Jose can’t even beat out the #5 on the list: Detroit.

Just went to my 45 year high school reunion for Lick Wilmerding high school…Most of the alums left the Bay Area over the years…And of the ones that stayed very few live in the City… my own sister left 35 years ago…I think the Bay Area is a stressful place to live, but newcomers keep coming…Even with all the people like me cashing out, there seems to be a lot more moving in…New buildings everywhere in town and horrendous traffic on a Saturday morning. …Took me 40 minutes to get from Cow Hollow to the bay bridge this morning…I miss the Embarcadero feeeway…

I miss the Embarcadero feeeway…

Why would you want an elevated freeway right in front of the ferry building? It’s so ugly…

Sorry I am not a sentimentalist…the views of a few were allowed and the rest of us have to zig zag through crowded streets and have to tackle two approaches to the bridge…an hour and half ordeal at rush hour…Sorry dont miss the city at all…Used to work in Glen Park in the 80s…could get downtown in a few minutes…now it is grid lock 24/7. .There was a proposal for an underground freeway all the way to the Golden Gate…like the Big Dig in Boston. …19th avenue is the same nightmare…City traffic has just become insane…

The “city” part of SF is really just the NE quadrant. The rest of the so-called city is pretty suburban to me. Including your hideout @sfdragonboy.

Unfortunately, the streets are now clogged with knucklehead Uber drivers trolling for fares. Most millennials don’t have cars so where did all the cars came from? Exactly… 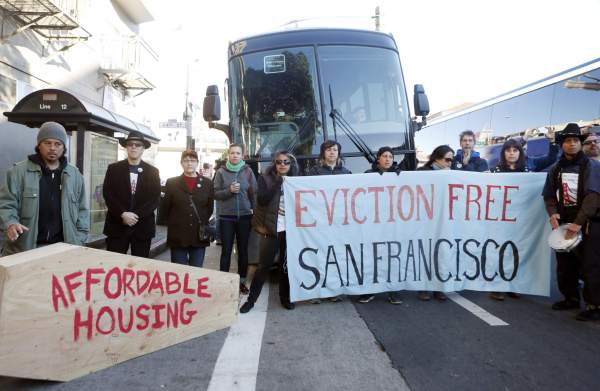 For anyone counting the days until the tech boom that has transformed San Francisco over the past decade comes to an end, the latest commercial real estate data offers just a shred of hope that there is the slightest easing of the frenzy.

Mo money to burn through in the Fab 7x7…

So Stripe is catching up to Dropbox. Interesting…

Mo money to burn through in the Fab 7x7…

that reminds me old good bubble

I would probably be the worst venture capitalist on earth. Stripe looks stupid to me.

What does it have that existing entrenched competitors don’t have?

What does it have that existing entrenched competitors don’t have?

Try use Paypal and you will understand. Or better, integrate Paypal to your website.

Try use Paypal and you will understand. Or better, integrate Paypal to your website.

Hey, what’s wrong with Paypal? I’ve used it for many years selling my do dads on eBay. Works fine for me…

Paypal randomly shut down accounts, and the way they tell you to reactivate never works. Its interface has been web 1.0 for years until last year? Websites using Paypal still takes users to Paypal’s landing page and then goes back to merchant. Worked fine for the 90s but we ain’t in Kansas anymore.

Again, I have used Paypal for eons and I have left all my ebay earnings in those accounts forever and no issues using the accounts ever or accessing that money to pay for things on other sites. Wish I came up with the idea…

News to you Mr. 8: eBay sucks too, even worse than Paypal.