San Jose Is The Most Forgettable Major American City

San Jose Is The Most Forgettable Major American City

What’s that California city again? Starts with “San,” has a million people, near the coast? Almost everyone can think of San Francisco or San Diego. But San Jos…

What’s that California city again? Starts with “San,” has a million people, near the coast?

Almost everyone can think of San Francisco or San Diego. But San Jose, the nation’s 10th most populous city, just doesn’t jump to mind in the same way.

We know this because nearly half a million people have taken a Sporcle quiz that asks them to name the 100 most populous U.S. cities. Sporcle is a leading provider of brain teasers for procrastinators: Name the 50 states in 10 minutes (a quiz taken more than 15 million times) or the 47 countries of Europe in eight minutes (taken nearly 11 million times).

I posted this eons ago and mentioned it to you a long, long time ago when you and your fellow San Ho lovers were bragging about your lil town… I don’t lie, your town has no character…all it is, is an urban sprawl city that grew and grew to be quite large obviously but it really needs a lot. Kinda like a gut job remodel, you have to start all over and do some cool things with it…

The Giants need to stop being jerks and let the A’s move to San Jose. They already have the land near Diridon for the park, and that area is currently mostly vacant light industrial space. It’s a real waste. San Jose is consistently improving though.

It’s like feeling sad because your mom is not a beauty queen. Who cares whether some random joes remember San Jose or not? I just love it the way it is. It helps that its Chinese food beats the socks off Frisco.

Yes, the hockey team’s success helps (we don’t have a team) San Jose’s national image but def more is needed. Imagine if Lucas put his museum there. Not happening, but again, that would have been another baby step towards originality and uniqueness and voila, name recognition.

I don’t know the specifics as to why the Giants isn’t willing to give up San Jose to the A’s now (esp now that the Giants are pretty well established and will have money to blow from the future Mission Bay developments) but I am sure it is partly because they don’t have to and can just milk it forever. Come on, if you are a Giants part-owner, why would you give up some territorial rights if you don’t have to or aren’t going to really benefit from doing that??? There is the real risk that if the A’s are in San Jose that there would be some erosion in the following of the Giants.

49er is close to SJ now, hope it helps, but it keeps SF name. Even if A’s moves to SJ, will it help much? It could retain the name Oakland since Oakland is better known than SJ.

SJ 's problem is a suburb’s problem. Nice and boring.

The A’s originally had the rights to San Jose. In the 70’s, the Giants were struggling and thinking of moving (I think to Florida). The A’s owner gave them the rights to San Jose for free as a gesture of goodwill, because he wanted them to stay in the area. He thought both teams benefited from it. I guess the saying no good deed goes unpunished is particularly true here. It’s absolutely stupid considering the teams are closer now than they would be if the A’s move.

They’re also working on plan to replace St James park with an outdoor music venue that’ll hold 7,000 people. Everyone that lives in the area is fighting it over noise concerns. They are doing a lot of community outreach to try getting everyone onboard. I’m all for cleaning up that park. It’s a disaster. There’s almost always people smoking pot despite the drug free zone signs. Also, the homeless there don’t throw their food waste into the many trash bins. They just throw it on the ground. My dogs LOVE walking around that park.

Does San Jose desire to be distinctive?

I’m stealing san ho from you

It helps that its Chinese food beats the socks off Frisco.

You can’t be a legitimate source re: food when you are a Denny’s frequent flyer card holder…

You can’t be a legitimate source re: food when you are a Denny’s frequent flyer card holder…

My excuse is that I was away from our beloved Bay Area and it’s either McDonald’s, Panda or Denny’s.

To this day I still haven’t found any Chinese restaurant coming close to my East Lake in San Jose. And EL is only my neighborhood restaurant in some dingy strip mall. The lack of quality and yet affordable Chinese food in SF is a scandal! Scandal I say!

Yet, the most unaffordable in the US if based on the median multiple methodology. San Jose is the most 'unaffordable' major housing market in U.S., survey says

Although it often seems like it, San Francisco is not home to the most expensive housing market on Earth.

Unsurprisingly, the most affordable major housing markets in the United States are nowhere near California. Rochester and Buffalo, both in New York, are the most accessible, with Ohio’s Cincinnati and Cleveland following. Fifth most affordable went to Pittsburgh, Pennsylvania.

These towns are cheap for a good reason. I will gladly pay the price of California. So do all of you. Congrats on a decision well made.

What are we talking about again?

Not sure, but probably has to do with the most forgettable and unaffordable places (especially those with good Chinese food) being the best investment opportunities

Affordability is the opposite of desirability. .Fresno is affordable and also the least most desirable city in California. …

What are we talking about again?

Ain’t that the usual question after 20 postings? What the hell were we talking about?

Ok, it is a comic convention but it is a start to bring recognition and tourist dollars to San Jose. Maybe one day this can be as big or bigger than the San Diego Comic Con (we can dream…) 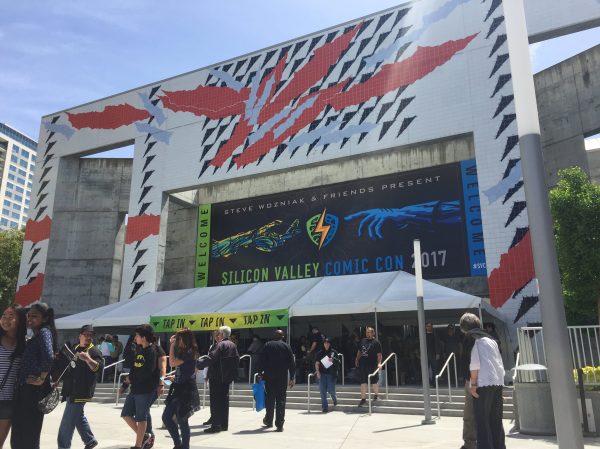 Silicon Valley Comic Con: What worked and what didn’t

Silicon Valley Comic Con’s organizers learned a lot from last year’s problems, and it showed with a much improved experience.

At least we can find parking space, not like in SF…