Got this ad in the mail. Not sure how legit they are. 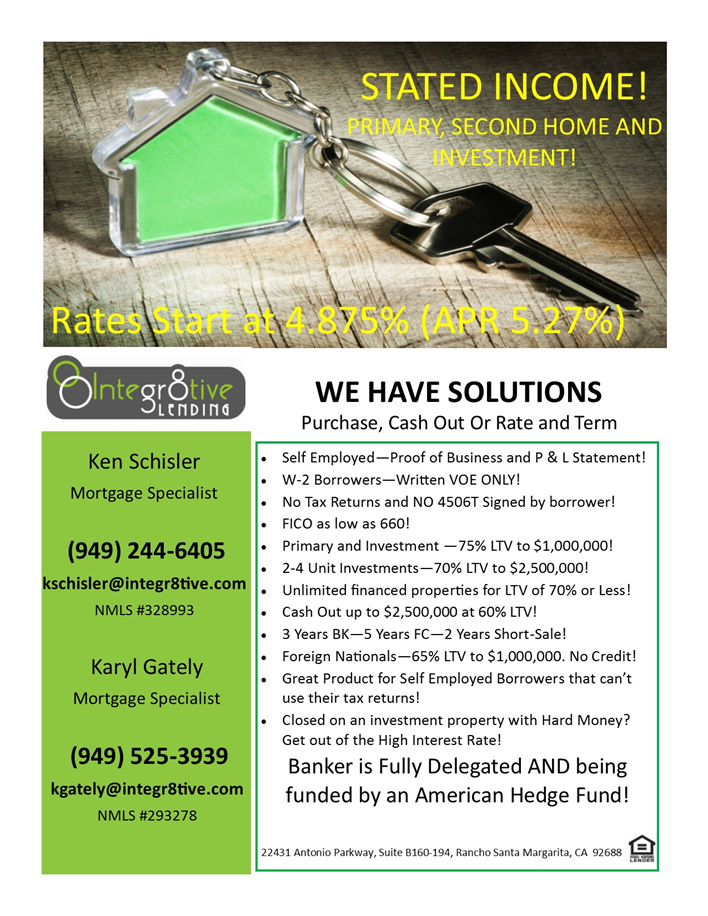 I thought East West Bank been having this type of loan. Is this different?

I thought East West Bank been having this type of loan. Is this different?

Pinged my officer buddy at EWB, confirmed, but not easy to get.

A friend is wrapping up an EWB loan and from what I was told the qualification criteria hasn’t changed since the end of last year, but they are slow and aren’t on top of their process.

Sterling bank has stated income loans. But LTV is only 65%. How about EWB?

I misspoke, EWB wasn’t a true stated income. It was based off of 5 years of PITIA reserves with a max 60% LTV.

According to buddy, 60% LTV

According to buddy, 60% LTV

Come on, were you expecting a return to the wild, wild west??? In order to make money these days, you better have money or an iron clad profile (backed up with regular pay stubs) of course…

Anybody worked with Raji? She says she does stated income loans to $2m.

Search for mortgage lenders on the largest online directory of licensed lenders. Read thousands of customer reviews to find a lender for your home loan.

For Sterling Bank’s stated income loan they look at people’s bank statements for the last 12 months. So yeah, it’s not really “stated income”, more a loan based on cash flow instead of net income on tax returns. For business owners who take tons of tax deductions like depreciations it does help. But the low LTV is a problem.

For business owners who take tons of tax deductions like depreciations it does help.

Lenders know that depreciation needs to be added back in when determining income.

I suspect that those cash flow based loans are for people who don’t report all income to the IRS. AirBnb income for example. Guest stays 1 week and paid it on AirBnb platform (will be reported on 1099). Then the guest extends another 3 weeks, at a discount, paid cash and not reported on 1099.
VRBO does not even issue a 1099 if you have only a few transactions per year (“under 200”)

Another ad in my mail. Not sure why I keep getting loan ads… 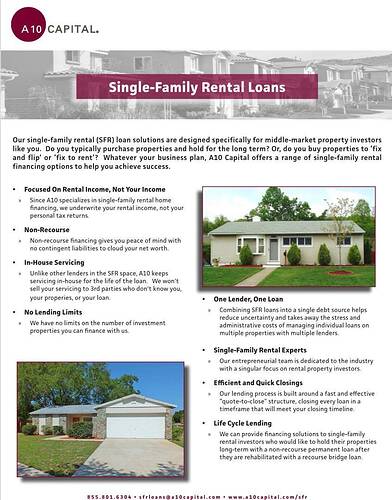 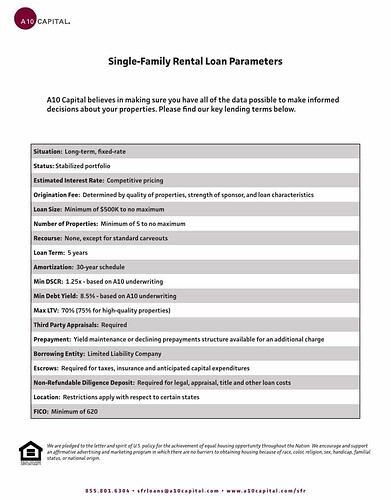 With LTV at 65%, it can be no doc loan as lender is protected by borrower 35% down payment.

It doesn’t matter what you advise anybody. Those crooks enough will repeat history. Not until the laws/state are turned into a recourse thingy.

The lender has no protections, even at 65% or lower Loan To Value.

Just curious, Do not they insure such Underwriting with AIG or similar insurance when buyer defaults?

LO: "So, we need to increase your monthly net income by $40,000. The underwriter needs to see 2 pay cycles."
Me: "Well, I pay myself through PayChex every 1st. I would need 2 months and add $60k each in order to net $40k more."
LO: “No… we just do this… tomorrow – Friday – you deposit $20k from your business checking into your personal checking. Then Monday, the same again.
Tuesday the underwriter sees 2 pay cycles with the additional net $20k each”

Underwriter accepted and signed off. Rate is 5.5%, 10 year fixed.

About manch’s post. I could not see an interest rate advertised. I know quite a few such lenders. The lowest that I have seen LATELY (for owner-occupied) was 6.25% (Level-4 Funding).