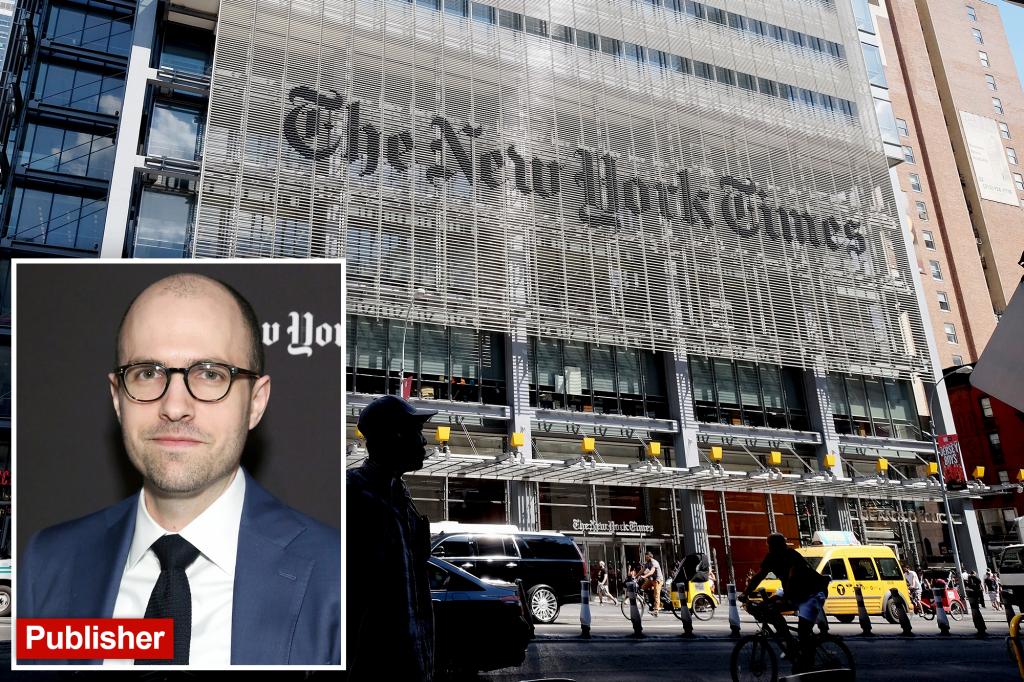 Over 1,300 New York Times employees pledge not to return to office

The New York Times expects employees to start returning to the office three days a week starting this week — but more than 1,300 journalists are saying hell no, they won’t go. It’s…

The problem is with the managers.

In a 2014 study published in the Quarterly Journal of Economics, researchers ran an experiment in which a NASDAQ-listed company randomly assigned call center employees to work from home or the office. Working from home resulted in a 13% performance increase and a 50% lower attrition rate.

COVID-era studies are finding similar results. In a July 2022 working paperfrom the National Bureau of Economic Research, researchers reported back on an experiment in which programmers were randomly assigned either to fully office-centric work or to a hybrid work model. Hybrid workers had 35% less attrition and wrote 8% more code. A separate data analysis of 30,000 users from the employee monitoring software company Prodoscore found a 5% increase in productivity during the pandemic work-from-home period.

Remote work productivity also appears to be improving over time. An ongoing research group from Stanford and several other top universities found that remote work efficiency increased from 5% better than in-person in May 2020 to 9% in May 2022.

So why do half of all business leaders ignore the data? The key lies in how they evaluate performance.

Leaders are trained to evaluate employees based on “face time,” or the amount of time an employee spends in the office. Those who come early and leave late are perceived and assessed as more productive. This perception, known as proximity bias, leads to managers favoring and rewarding employees in closest proximity to them. But given that studies have shown that in-office employees actually work between 36% and 39% of the time, the association of employee presence in the office with increased productivity is incorrect. 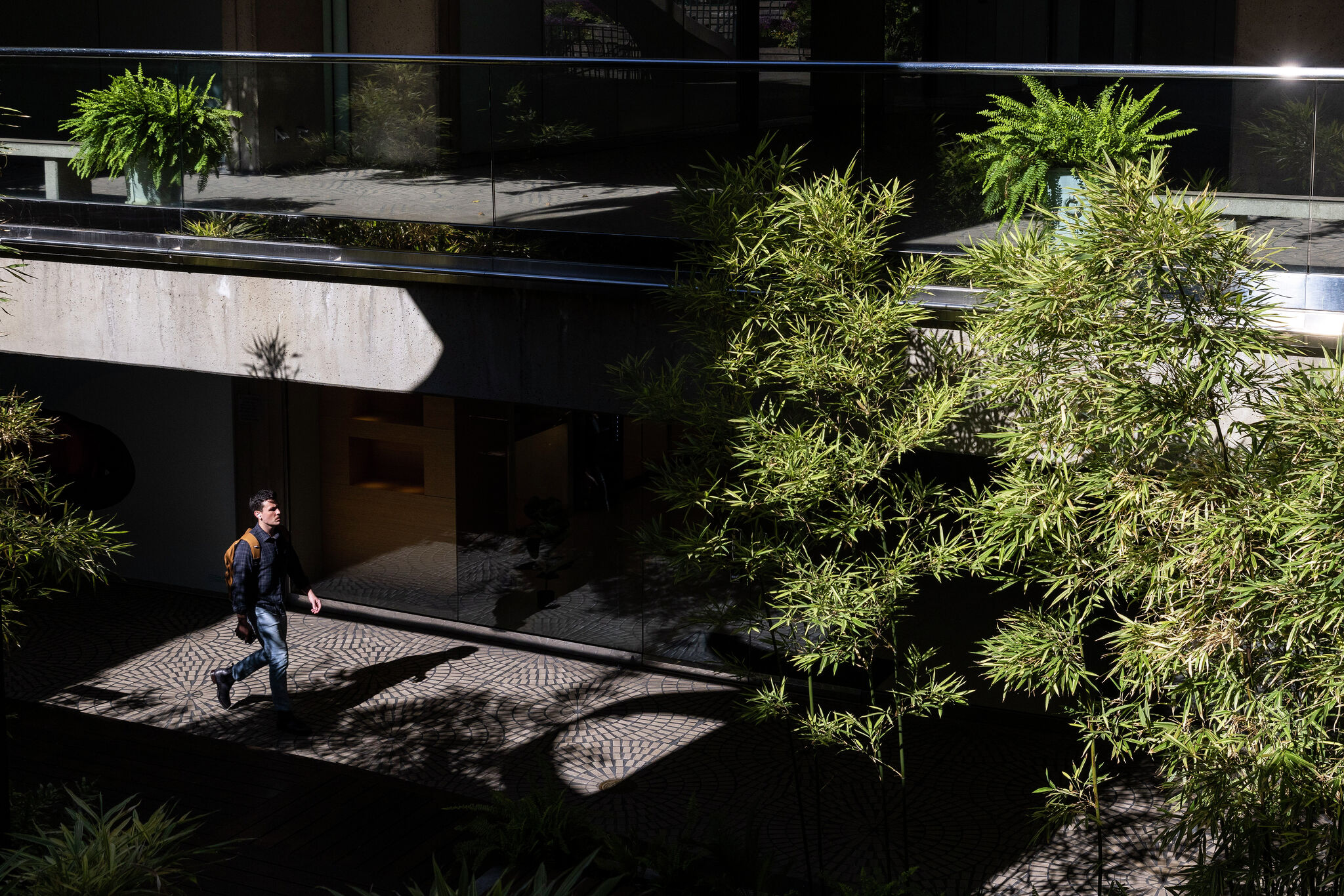 Remote work is here to stay. Employers need to accept that

I never understood promoting the people who are working the most hours. How on earth will they handle MORE responsibility? Then companies wonder why people are promoted to the point they fail or burnout. Every team should have quantifiable metrics of performance. If not, then outsource it to the lowest bidder, because it’s not important. White, wealthy and young SF residents were the most likely to work at home.

What does that mean when SF startups get their exit? Oh right, all that cash won’t be coming to SF. It’ll go to wherever the people live.

Return to office or else

Employers are pushing for a return, but remote workers are in no rush. Why are they content at home, and what compromises are employers willing to make? 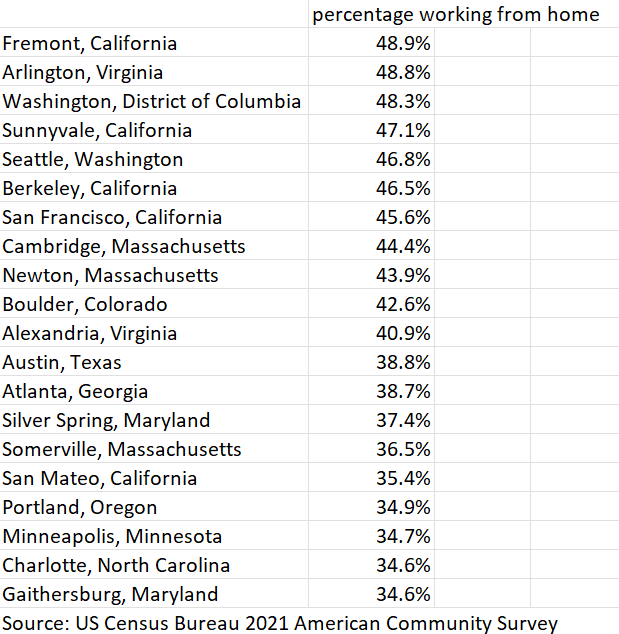 That’s hilarious. I was talking to my boss about flying back to Michigan then driving down to Florida with my dad in December. I want to stop in Nashville to check it out. His reply, “You should rent an AirBnB and spend a week there and really see what it is like. Just work from there and take some days off too.” He literally doesn’t care where I am.

The company on Friday said corporate workers would be required to return to physical locations at least three days a week, beginning later this year.

I also heard of many first time buyers who bought in Mountain house, Manteca, Lathrop etc. My guess is such people have to rarely show up to office.

The shift to working from home drove more than half of the increase in house and rent prices during the pandemic and will likely drive up costs and inflation going forward as the shift becomes permanent, according to research from the Federal Reserve Bank of San > Francisco.

“The transition to remote work because of the COVID-19 pandemic has been a key driver of the recent surge in housing prices,” economists Augustus Kmetz and John Mondragon, of the San Francisco Fed, and Johannes Wieland of the University of California, San Diego, wrote in a note published Monday.
Remote Work Drove Over 60% of House-Price Surge, Fed Study Finds

why are people still paying $3M for 60-70 year old houses in places like Cupertino, Sunnyvale and Mountain View? What do those places have apart from proximity to offices?

Just bringing back a topic/question that was mentioned/asked by @SVRE long time back.

Work-From-Home or Return to the Office? A Rift Is Emerging Among US Workers 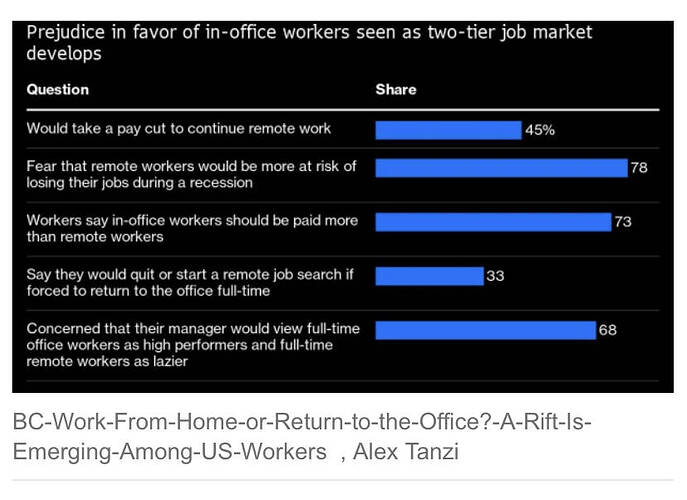 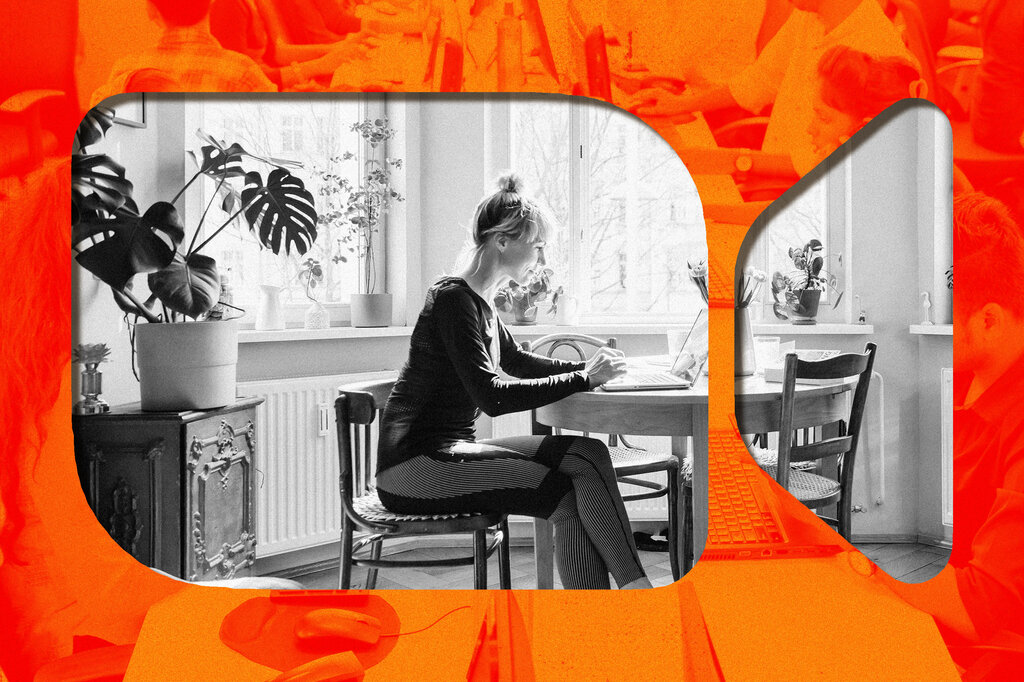 Opinion | Wonking Out: How the Remote Work Craze Made Housing Affordability...

How the affordability crisis got even worse. 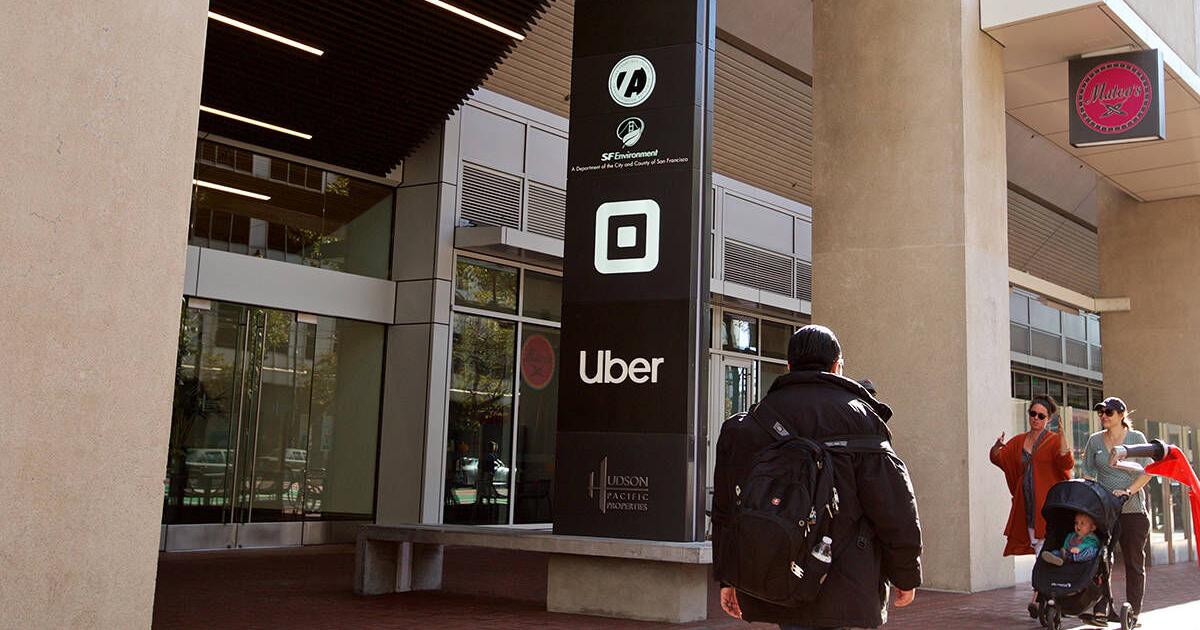 Uber calls employees back to the office, but with a catch

The ride-share company isn't doing away entirely with remote work.