The Latest With Our Fav Paradise City, Palo Alto A controversial proposal to drastically raise the cost of parking in one Peninsula city was approved Tuesday night. It's something that will affect hundreds of people who work in downtown Palo Alto. 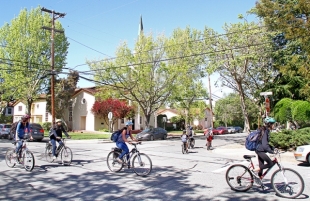 The Palo Alto City Council approved a $9.6 million contract on Tuesday to construct a network of bikeways throughout the city.

You forgot the news about some women opening a marijuana business over there. Did you miss it?

Nope not seeing it. This is the latest reporting on PA and marijuana…

If the city does not have a policy prohibiting commercial cultivation by Jan. 1, then marijuana businesses can get a state-issued license and open in Palo Alto.

I forgot the details, I was listening to KGO radio and it said something about “women”.

I forgot the details, I was listening to KGO radio and it said something about “women”.

Um, “women” is a really broad (no pun intended) subject… “We’ll build an entire stack of self-driving technology,” Raj Kapoor, Lyft chief strategy officer, said at a media event Thursday at the company’s San Francisco headquarters. There’s a unique opportunity in time for a company like Lyft to take a... 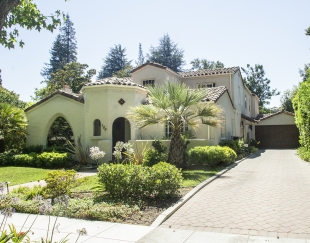 Lush tree branches reach over the wide streets of Crescent Park, giving the Palo Alto neighborhood a small-town feel even though it's just blocks away from downtown's bustling University Avenue.

Next Tuesday, the Council will be considering legislation limiting people to one bowel movement per day… (Oh, sheet, give me a ticket again…) 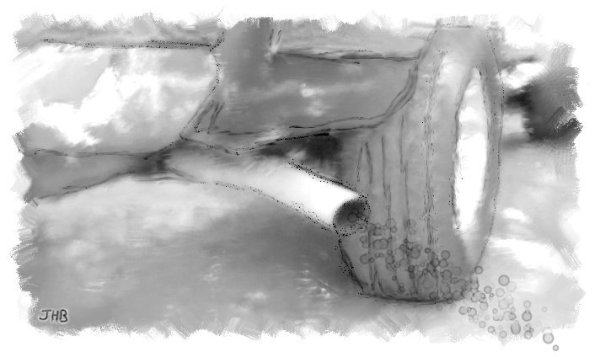 How about a limit on PA politicians talking…There flapping jaws emits tons on CO, poisoning our planet

Crescent Park really is one of the most visually appealing neighborhoods in the mid/south-bay. But, it is outrageously expensive, full of ghost homes owned by rich investors and I’ve found the nearby park is most often deserted with maybe 1 or 2 kids playing at most. More like Atherton than Palo Alto in many ways.

How about banning all cars with a carbon emission? That means Palo Alto residents and workers can only drive electric cars within the city. I think that’s the only right thing to do to save the environment and our planet for future generations to enjoy.

God, those NIMBYs won’t even allow some housing to come in and you think they will just go out and buy electric cars? They could care less about what the rest of the world is doing. They know they live and own in paradise and will enjoy it fully until their body goes cold…

I thought the paradise cities are Atherton and Beverly Hills.

Well, we don’t talk much about Atherton and especially Beverly Hills. Palo Alto is probably the best known affluent city in Nor Cal that people from all over desire due to the association with Stanford and Silicon Valley and rightfully or wrongly may still be on the fringe of possible attainment one day (me, no way…) for some folks.

Aren’t you a multiple home owner here in the Bay Area. I’m sure you can afford to live there. The question is how much of a sacrifice.

No, too far from the city for both of us for work and I wouldn’t want to pay the high property tax. After a day of house hunting in the “heat” of San Bruno, I couldn’t wait to get back to the Sunset…

Sunset not much better. My mom told me to buy a fan for her. Calm down! Heat wave will be over in a couple days

Fog should roll in by tomorrow or Labor Day night…

No, too far from the city for both of us for work and I wouldn’t want to pay the high property tax.

Honestly I don’t know why you and your wife are still working, unless you two really like your jobs. You have no financial burdan (aka no kids) so you can just enjoy life with your wife and live off your rental income. Sell everything and live like a king in Malaysia