Raising the min wage is going to cause huge disruption or massive layoffs…or inflation with average workers demanding a fair wage for doing real productive work compared to a min wage for doing a menial job like flipping burgers for $30k/y. 2000hrs times $15/h

The shrinking middle class myth…In reality the upper middle class is growing…Here is a calculator that will increase your class envy…http://www.pewresearch.org/fact-tank/2016/05/11/are-you-in-the-american-middle-class/

In reality most people consider themselves middle class…which is probably anywhere from $20k to $500k/y depending on where you live and how much you have in savings, plus whether ornot you own your own home.

I think definition of middle class in American’s heart is not by pay. Is by what they can afford:

Those numbers aren’t comparable. Can you try again?

Those numbers aren’t comparable. Can you try again?

Apples and oranges. .wage gap has increased but so has inflation. …In fact the min wage is a major cause of inflation and will cause a major increase in rent prices when it hits $15/hr and the min wage people are making almost 67% of the average worker…an unprecedented event with untold consequences. …I am betting it will be good for landlords…Too much money chasing too little product…Booyah!!!

In 1975 when I graduated from Berkeley after 4 years of no income with an Engineering degree, I was making $11000/y and the burger flippers were making $4200/y. …one third of the average worker…Now they make almost half, headed to 67%…mind boogling…socialism right under our noses…Plus with all the social programs and the graduated income tax the gap is even less…Why work hard and study?? Just become a cashier as a high school dropout and make net 80% of what an average hard worker makes…Productivity will go to hell, soon followed by a massive recession. …

Let’s see…
people in the lower bracket are barely making it in areas deemed high tech dominated areas. They can’t pay the rents, they can’t have a decent life. And believe me, my high tech friends talking to me every week tell me of how they are renting a room for $600 or sharing a house with another bunch like them. It is not the “Mexicans” doing it anymore but people, including those high earners because they can’t afford to pay the down payment.

Now, raising the MW is not a problem, any company can do it. The problem is to make those tight, cheap people earning big bucks pay the price of staples or whatever service they need or use.

I have a friend who moved to Cupertino to open his business, I can’t disclose the type. He thought he had made it. Soon he found out how cheap those people living there are. His services, as an example were for $25, but the people there came and said “OK, $25 kind of too expensive, you should see how much they are charging over there, $20”. Yes, they were living in an expensive area asking for prices from the poor section of the city.

And he was thinking on hiring a helper, he dumped such idea a month after he moved in. Now he is working for and by himself when other businesses like his are prospering somewhere else.

The $15/h wage is coming…The question is what happens to the economy. …It may have unintended consequences. .incresing productivity is a much better way to make people wealthier. …

$15 min wage in SF and other big coastal cities is a non event. Businesses will deal with it by raising prices. And it’s not that a jump anyway from the current level.

What’s more unpredictable are cities like Stockton and Bakersfield. The jump is way too high.

You can’t create wealth by raising the min wage…Tech has brought wealth to the BA…government can get out of the way and allow the construction needed to create needed housing, that will create wealth for construction workers and all the support employees needed…just making employers pay more will not help anyone but landlords. …Construction jobs pay up to $75/h…supply and demand. …

Minimum wage is a necessary evil in US today. It is important to incentivize people who are willing to work - by making sure they are better off than people living off welfare. The fundamental problem is that we have a huge oversupply of low skilled labor force and misaligned skill sets. If that problem is solved, we don’t need any minimum wage regulations. People who work will naturally get paid enough to live a decent life.

I am loving the min wage increase from $9-$10…rents are skyrocketing in Sac and Tahoe where I own rentals. …More money chasing limited supply of rentals…100% occupancy in South Lake Tahoe…rents arw up 20% y/y

Min wage now $10.50…Time to raise rents every year after as your tenants get a raise… 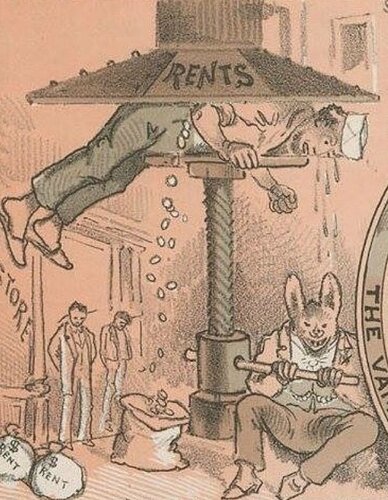 In rent controlled jurisdictions, you can only raise so much anyway each year right?

Again, you keep insisting that is bad, bad, bad YET SF RE is doing quite well despite all that. I am not seeing a mass exodus from buying in SF. Are you? In fact, you MOVED here ironically.

There’s a full PDF with the methods.