This piece is very good. It goes over the many misconceptions people have on Facebook. Most of their capital spending is investing in AI. Business is still growing. The metaverse spend is not as bad as people thought.

Meta deserves a bit of a discount off of its recent highs, but a number of myths about its business have caused the market to over-react.

It goes over the many misconceptions people have on Facebook.

So you are doing DD, planning to buy?
Note: Didn’t read. Too long. Nowadays, my attention span is less than 1 min.

Facebook will be irrelevant within 2 years. Mark your calendars. For most people it already is. But the last nail will be on the coffin within two years. Meta verse will happen but it’s too early to build a business around it. It’s like the e-commerce companies in 2000, doomed to fail.
And hopefully Zuck will go back to his home planet.

Revenue is declining. Good luck to anyone trying to predict when the decline will stop. It’s even more difficult to predict when or if it’ll return to growth. Companies with declining revenue are value traps.

Revenue was $27.71 billion, a decrease of 4% year-over-year, and an increase of 2% year-over-year on a constant currency basis. Had foreign exchange rates remained constant with the third quarter of 2021, revenue would have been $1.79 billion higher.

Facebook’s problem is mostly Apple’s making, and that affects all ad tech players. I’d be more interested to see if Facebook can find a way out. If they do it will be a pretty unique and big moat for Facebook. The article says Facebook is trying to use AI for that purpose. 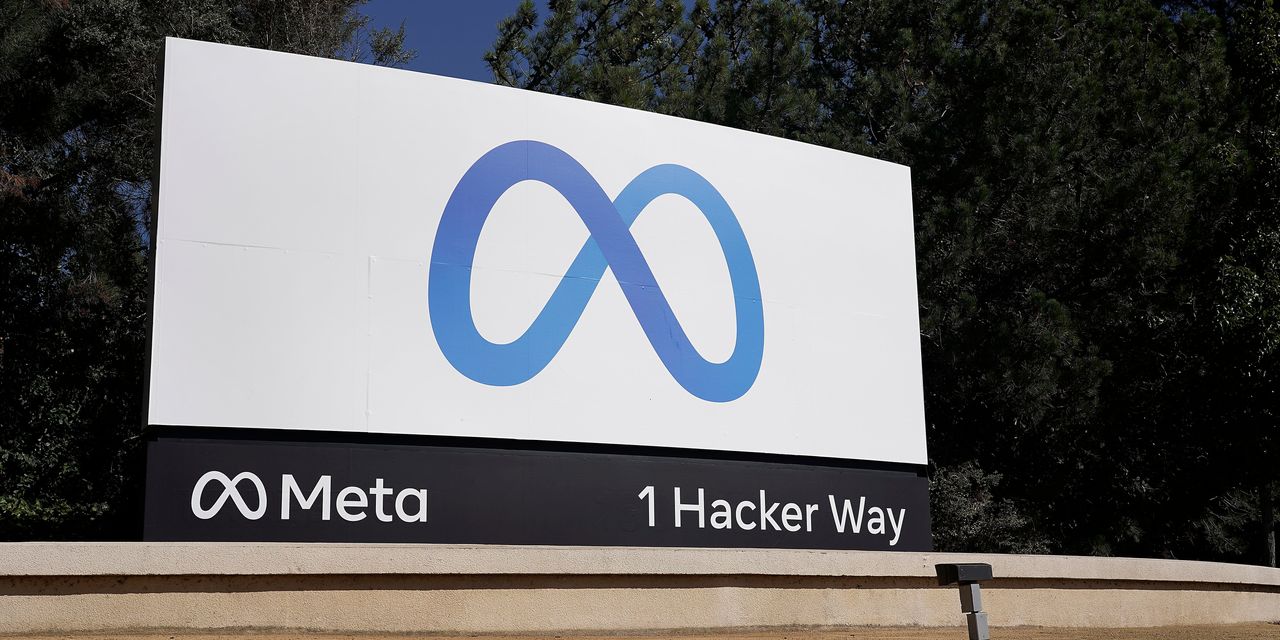 Social-media giant’s planned cuts expected to affect many thousands of its workforce, which exceeded 87,000 as of September.

Sad for everyone affected but that may be positive for the stock. 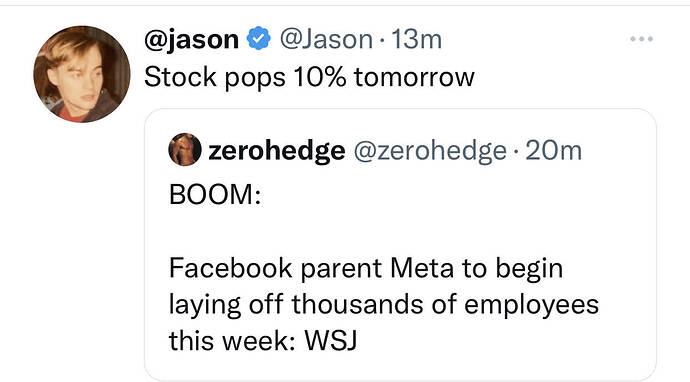 Ads… Total ad spend is barely growing each year. It’s all about market share grab, and there are more and more people trying to sell ads. It’s a zero sum game.

Also, when are layoffs every bullish long-term? Once a company gets to doing layoffs it has hit mediocrity. It’s the next generation of HP and IBM.

Facebook’s problem is mostly Apple’s making, and that affects all ad tech players.

Ads… Total ad spend is barely growing each year. It’s all about market share grab, and there are more and more people trying to sell ads. It’s a zero sum game.

AdTech platform changes through time. Radio, newspaper, journals, TV, … were the top platform at one time.

It’s the next generation of HP and IBM.

Some of the FANGMANT clearly are.

Well, Tesla has also done rounds of layoffs in the recent past… You guys saying Tesla is the next generation of HP and IBM?

You guys saying Tesla is the next generation of HP and IBM?

Hey, don’t include me as “you guys”. I have intentionally be sufficiently vague not to commit. Yet sufficiently clear to convict.

Some of the FANGMANT clearly are.

Please take note that I didn’t say who. 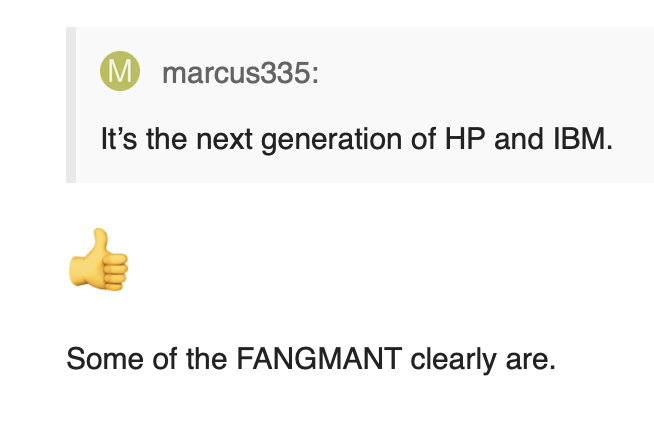 You need to read carefully! what were said and quoted.

If one person “misunderstood” you, that’s reader’s problem.

If everybody does, that’s the writer’s problem.

If one person “misunderstood” you, that’s reader’s problem.

If everybody does, that’s the writer’s problem.

Are you implying you are everybody?

Do you understand what is meant by “Sufficiently clear to convict, sufficiently vague not to commit”?

Do most people understand legal writing?

Do you understand poems?

Not sure what you have learn during school. You have to prove that the first statement is correct before you can apply. What you are doing is make an arbitrary statement and then apply.

My friend who was a recruiter at Meta was laid off. He was a top performer too and always received 200% target bonus. I think he’d been there 7 years. That’s crazy.

Most recruiters are on contract, right? Does terminating a contract consider as a layoff?

Does terminating a contract consider as a layoff?

He was an employee. Contractors don’t count as layoffs.

If you aren’t going to hire, unfortunately it makes sense to not have a large recruiting team. And performance doesn’t matter in the scenario.

Meta Platforms Inc spokesperson Andy Stone said in a tweet on Tuesday that a report on Chief Executive Officer Mark Zuckerberg stepping down next year was false.

More likely a re-org like MSFT. Mark, Chief Architect. Another guy, CEO. This would allow Mark to focus fully on metaverse.