No doubt Vancouver has the best Chinese food in all of American continent. Their sushi’s pretty awesome too.

Vancouver is a freak city. What do they do really? It’s a city to go if you already have a fortune, not to make one. So by definition it’s much less dynamic and lively than places like SF or NYC. My impression it’s only a sleepy tourist town.

I went to Din Tai Fung today. For those of you that don’t know they opened a month or two ago at Valley Fair. I figured it would take that long for the ridiculously long lines to come down. I was wrong. It is billed as a “dumpling house”. Now they are reservations only. They did say We could have a spot at the bar where they also serve food but it was 3 and 1/2 hour wait for even that. I went home to make a reservation. They have an internet reservation only system. They only take reservations up to one month in advance and they’re 99% gone. I guess I will try again in a few months.

Went there early Jun, not that great.

Ok, Manch, what is the best chinese restaurant down in the Southland (down to San Jose, not thrilled to drive any farther than that) hands down in your opinion? And it can’t just be some ultra expensive place. The key is great food at a good price. I will take my foodie/cook wife down there at the first opportunity to test who really is the best in the bay!!!

It sounds like this dumpling place, while popular, is not all that after all. Kinda like that ultra expensive ramen place in the city.

Come on, hanera, no “chain” type restaurants! One location only. Decor can be crap, but not the food!

The dim sum one sounds interesting…

That was their immigration policy when the Hong Kong lease was up. Maybe they were on to something?

Chinese food is so subjective. Well, I guess all food, ethnic or otherwise is.

I grew up with the typical, Chinese take out in the Bay Area only to find that it wasn’t really Chinese when I got to the age of majority. It was faux Chinese sold to unsuspecting Americans like me.

How would a typical, white middle class kid from the SF suburbs know that egg foo young was a completely false Chinese fair sold to stupid Americans like me, since the gold rush by entrepreneurs who knew how to make a buck off of Argonaut dreamers?

Then, I had a Chinese business partner who grew up in Jakarta that tried to enlighten me by taking me to so called Chinese restaurants and ordering something that wasn’t on the menu which he told me was a house specialty and was written somewhere on the outside of restaurants in Cantonese or, some other Chinese dialect, Like the In-an-Out Burger secret menu. As I couldn’t speak any Chinese dialect and could not recognize Chinese characters, I was completely vulnerable to his cultural superiority, language skills and wit.

Later I religiously watched Martin Yan on PBS and thought I was finally enlightened. I learned how to make delicious Chinese fried rice from his shows But, everything tastes better with soy sauce on it. Doesn’t it? Kind of like Ketchup on typical American fare.

And, I worked for two years in Oakland’s Chinatown with many Asian coworkers from all parts of that continent, who also tried to enlighten me as to what real Chinese was. Dim sum at Peones. The Silver Dragon to see if the Oakland mayor was there.

Hey, all I know is I enjoyed it and really didn’t want to know what was in those dumplings. But it was fascinating that most of the local Chines restaurants were owned by Japanese or Korean entrepreneurs. While most of the sushi bars that my coworkers liked were owned by Chinese nationals. What the heck was up with that?

I’m still confused. And find interesting adventure in small Chinese restaurants where I can order crispy duck or honey walnut prawns to put over my fried rice. I actually prefer plain, white rice but the spouse nixes that in favor of the fried rice. At least I always get to order BBQ pork fried rice in deference to her preference for chicken fried rice. That is our compromise.

Oh, and if any of this confuses all of you, I grew up with a mother who claimed German heritage eating some supposed German foods. But then I had a actual, German girlfriend in college who said that not only were those foods that my mother claimed to be German inauthentic, the language she spoke that she said was German was in fact something completely different. It seems my mother had come from a diaspora of Germans who migrated to Russia from the late 1800s to the early 1900s and then all moved to the Dakotas during WW1 and the Russian revolution. They had been out of the motherland long enough to develop their own dialect and food preferences that were local adaptations of their Germanic heritage. Worse, their new diaspora in the U.S. had evolved their language and food into something different twice removed from their original, German heritage.

Chinese food is so subjective.

This is probably not the best chinese restaurant ever, but its immense success is undeniable. It is crowded every day it is open, especially for dinner. The sidewalk is packed to the gills. The wait list can be 20 parties deep, if not longer. You wait for 2 hrs and you do so lovingly. I had a staffer drive over from the East Bay during commute evening hours to just get a couple orders of wings to go. No lie. People come here for one thing and one thing alone - the dry fried chicken wings.

What kind of restaurant gets over 5k Yelp reviews, cumulating in a 4 solid star rating? This one. There is nothing subjective here. 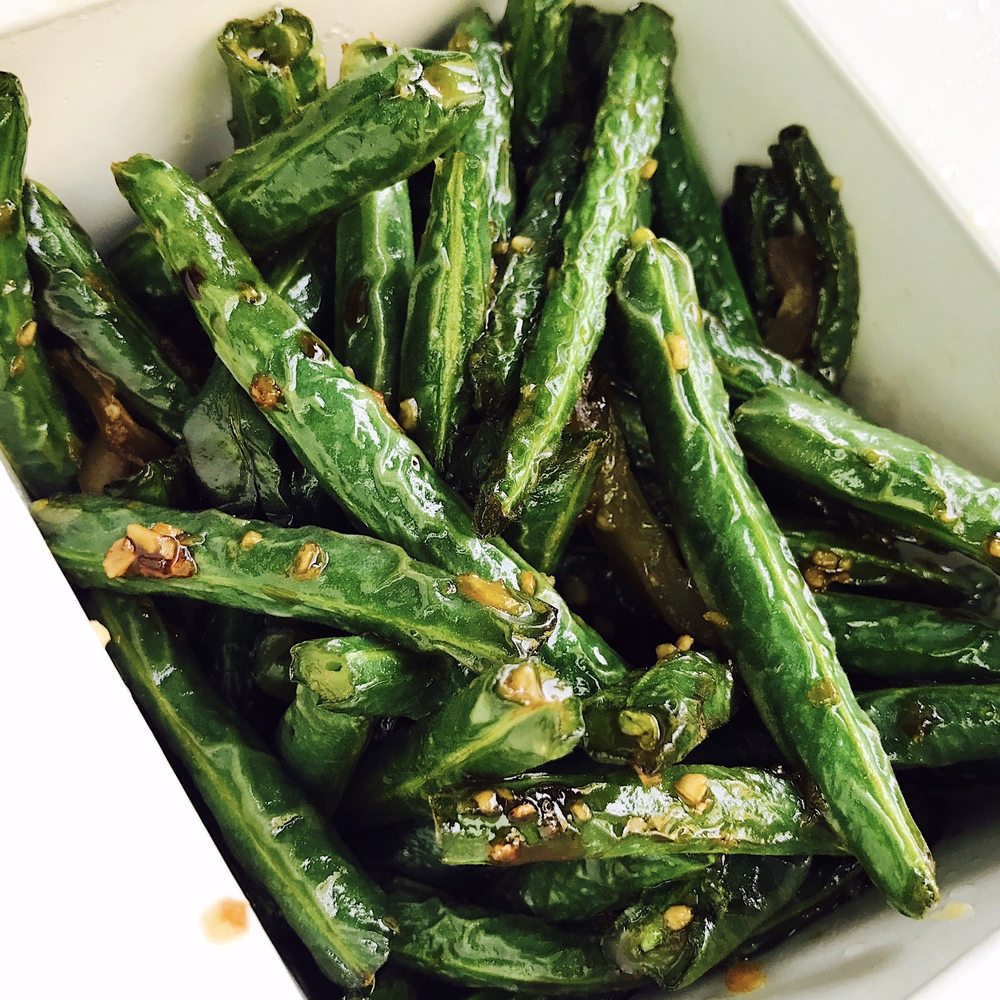 Avoid their fried stuff as it’s not their strong suit. Everything else is pretty solid at a very affordable price.

I have been eating there a lot lately, as I am prepping my old house for rent. Seriously that restaurant is one of the top 3 things I will miss living in San Jose, may be second only to my awesome spacious (by SF standard) house. I was just telling my wife, maybe we can someday move to Palo Alto just so we can drive down to eat here again. Yeah, I just ate there tonight, and last night, and couple nights before that…

Cooking Papa is pretty good. C’mon, they only have 2 branches. Not a chain store. Never been to Lei Garden though.

I agree with @tomhVallejo though. Food is pretty subjective, and nothing is really authentic because culture is a living breathing thing. It’s good to mix in new ideas. Confession: I sometimes crave sweet-and-sour pork like a lowly American. I bring shame to my Chinese heritage…

Anyone know where I can eat rock solid authentic chicken rice and fish head bee hoon?

manch - I would shake my head if you crave for chop suey.

I would shake my head if you crave for chop suey.

I actually have never eaten chop suey. Even the name (in Chinese) is a major turn off.

We have gone to Layang Layang down there in San Jose for Malaysian food. Pretty good. More recently though we have gone to Mango Garden and while it is a “chain” with its branches everywhere it is also not bad. My wife says it is fairly authentic. Uh no, Mango Garden is now closed apparently.

I agree, there aren’t too many Malaysian restaurants in the area especially with the closing of Mango Garden. I am trying to convince my wife to open up one since she is a fantastic cook but she said in her next life. I was thinking if I ever cashed out my properties it would be to open the finest Malaysian restaurant around. Yes, I know it is hard work but nothing ventured nothing gained right?

Yes, one time we boys went to Cancun for some R&R and went into downtown in search of that hidden authentic Chinese restaurant. Sure enough, they had chop suey on the menu. And you thought gasoline station sushi was bad…

Chop suey is a relic from the 1940s…is it served anywhere in the BA? never seen it on the menu…My favorite is Vietnamese …especially grilled meat over rice vermicelli …We now have a Vietnamese resturant in South Lake Tahoe…plus 5 sushi restaurants, 3 Thai and some mediocre Chinese restaurants

I forget the name of it but the gang from Lowell High met up in South Lake Tahoe to reminiscue about the gals that got away and we went to some all you can sushi that was most excellent. It was just past the casinos on the main drag. We will have to go look for that place again this year.

Apparently chop suey isn’t around anymore. .never seen it but it is part of SF lore.

Was chop suey the greatest culinary joke ever played? Possibly. According to legend, chop suey was “invented” in San Francisco during the Gold Rush, thanks to a group of rude and demanding diners (presumably Yelpers) who showed up after hours as a Chinese restaurant owner was closing: “But the miners demanded food, so he did the best he could to avoid trouble and get them out of the way as soon as possible. He went out into the kitchen, dumped together all the food his Chinese patrons had left in their bowls, put a dash of Chinese sauce on top and served it to his unwelcome guests. As they didn’t understand Cantonese slang they didn’t know what he meant when he told them that they were eating chop suey, or ‘beggar hash.’” [Smithsonian]

I saw a tweet saying Thai is increasingly considered to be hip and middle class, while Chinese is still lowly like pizza. The guy’s conclusion is someone should start a chain store selling Thai food.

Come on, Manch, Thai food is fairly mainstream these days. Malaysian/Singaporian food is on the rise. For some crazy reason, granted a chainish place, Mango Garden has closed all of its locations. Does anyone have the inside scoop as to why? Good reviews and the restaurants were always crowded. I hope the owners didn’t bet on the Warriors to win it all…