A woman opened fire Tuesday at the YouTube headquarters in northern California then apparently took her own life, officials said. At least three people were injured in the incident.

I was right there. Still full of adrenaline, so grateful that I survived.

This is a very emotional day. Sorry, but this really isn’t helping me stay in BA.

BA is already relatively safe. Unless you are talking about leaving US altogether.

This is not a bay area issue, and i’m glad you are ok.

I was right there. Still full of adrenaline, so grateful that I survived.

This is a very emotional day. Sorry, but this really isn’t helping me stay in BA.

Notabene, did you see the shooting? I cannot imagine how scary it must have been. 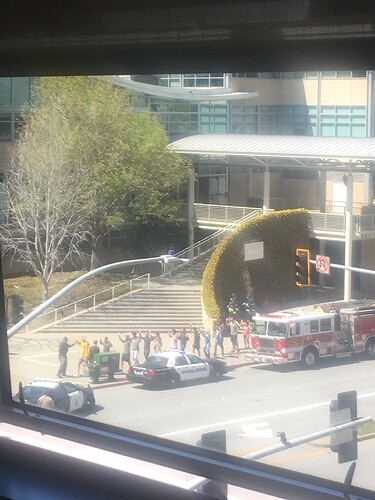 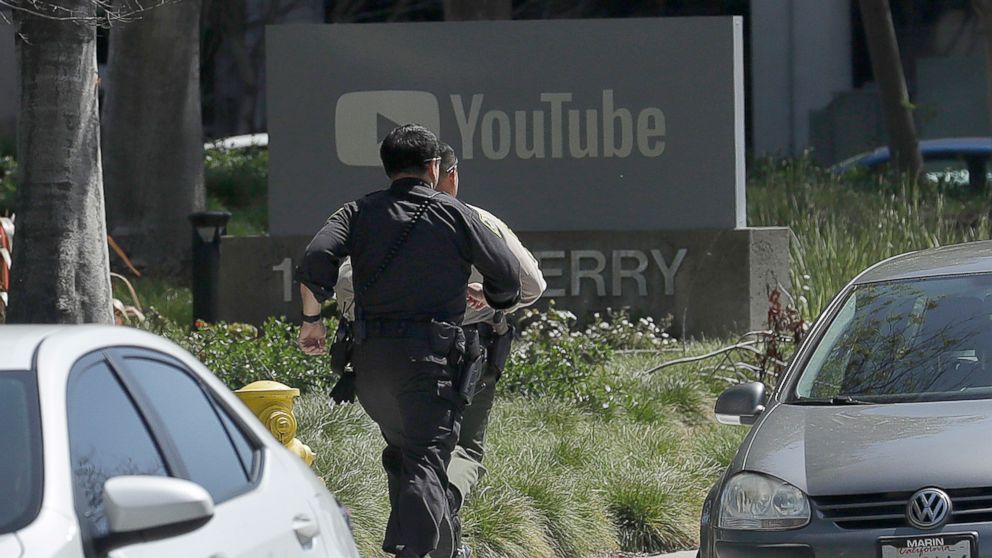 Several injured patients have been taken to area hospitals.

“Two law enforcement sources told ABC News authorities have preliminarily identified the suspect as Nasim Aghdam, who has previous addresses in both Riverside and San Diego.”

Preliminary information suggests that the suspect targeted at least one victim in the shooting. According to KRON 4, the female suspect shot her boyfriend.

CNN’s reporter Shimon Prokupecz is under fire after speculating that the shooting may have surrounded a “love triangle.” Prokupecz has been slammed on social media for its “sexist coverage” of the incident. You can see some of those tweets below.

It’s more likely a love triangle. She wanted to kill a man and a woman with the man.

Can someone explain why “love triangle” is a sexist term?

Chaos erupted on the YouTube campus in San Bruno Tuesday afternoon when an alleged female shooter entered the campus and opened fire. San Bruno police say she wounded three employees before killing herself.

heard she lives in southern california and drove all the way up here. i don’t think it’s domestic situation
and they say she’s white before her name was announced. 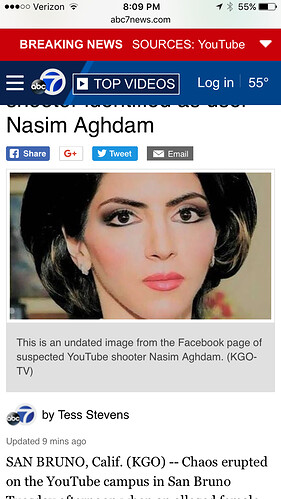 I am glad you came out alive.

Isn’t that something? Supporters of people being armed to their teeth are the ones who get scared the most. They don’t understand the nightmare a scene like that one turns into. Imagine people armed? Who is who? Nervousness takes control, you shoot somebody who is brandishing a gun, and you killed somebody who allegedly was trying to protect others or trying to kill the real shooter.

This country is full of sick people. The ones thinking we all should be armed, and the ones killing them. And in the middle they kill us all.

Tired of guns. I saw enough kidnappings and killings myself that I am sick and tired of this BS.

This is the shooter.

Facebook has the feature to mark yourself safe. The only people I see using it:

You should work from home tomorrow, or just take the rest of the week off until they understand why.

Facebook has the feature to mark yourself safe. The only people I see using it:

Yes same here. Very lame. This is a better reason to delete facebook than the data scandal.