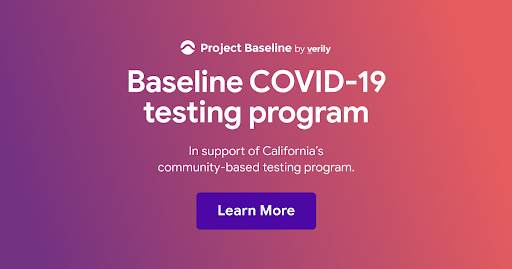 Baseline COVID-19 Program is a part of the community-based COVID-19 testing program in collaboration with local, state and federal authorities.

Your 9k number is only counting the Hubei province, where the epicenter Wuhan is. The whole country has over 14k confirmed cases at the latest count. It’s going up by 2k everyday.

The death toll from the mainland's Wuhan virus epidemic soared to 304 on Sunday, as an increasing number of countries imposed extraordinary Chinese tr...

This map shows the latest spread of coronavirus

The total number of coronavirus cases continued to grow, with at least 305 people dead and more than 14,000 people sickened, mostly in China. 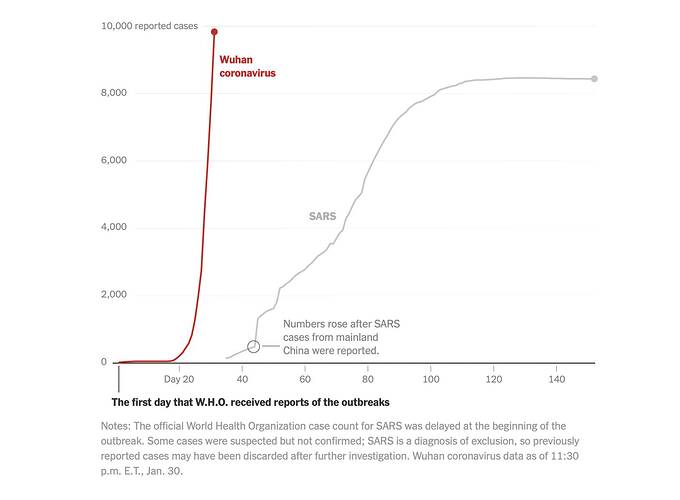 From the nytimes article today 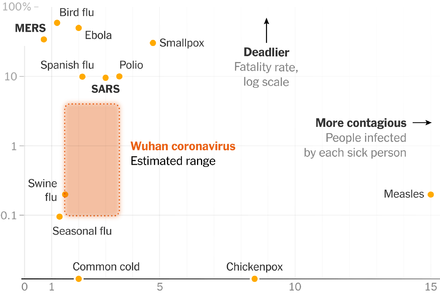 How Bad Will the Coronavirus Outbreak Get? Here Are 6 Key Factors

Here’s what early research says about how the pathogen behaves and the factors that will determine whether it can be contained.

China has put the novel Coronavirus in the SARS category because it is a new strain that have not been identified before and hence has no curing drug and patients are treated symptoms only. WHO has not declared it as a global emergency because cases are mostly limited to China, and only isolated cases elsewhere. Btw, common flu is a Coronavirus and while the new strain is…

…mysterious, so far its impact pales in comparison to the common flu virus, which has already killed between 8,200 and 20,000 Americans this winter, according to the U.S. Centers for Disease Control.

The median age of deaths is 75 and most have pre-condition like high blood pressure.

My unscientific hypothesis after reading many articles, deaths so far are mostly old folks > 60 eating wild animals in hope of curing their medical conditions i.e. first generation infection. So far hardly any deaths from 2nd, 3rd and 4th mutations. That could be due to the infected/observation period is not sufficiently long. According to the live update, about 348 recovered - my guess those are mostly first generation i.e. verdict on 2nd, 3rd and 4th mutations are not out yet. The Flu is a Bigger Health Threat in the U.S. than Novel Coronavirus

This season the flu has killed more 8,200 people in the U.S., including 54 children.

Gilead is a Bay Area company.

Chinese market will be a bloodbath tonight. Shanghai is set to reopen.

China has taken steps to limit short-selling activities as the country's fi...

The New England Journal of Medicine reported that the first U.S. infected person, a man in Seattle, was treated with remdesivir on the seventh day of his hospitalization. Although he is still an in-patient, all symptoms, except his cough (which has improved), have resolved. The day after he received the drug, his temperature dropped from almost 103 degrees Fahrenheit to 99.1, reaching the normal range soon thereafter.

So cure found way ahead of schedule?

Rapidly rising caseloads alarm researchers, who fear the virus may make its way across the globe. But scientists cannot yet predict how many deaths may result.

The biggest uncertainty now, experts said, is how many people around the world will die.

This is the unknown that scare many folks like @manch.

SARS killed about 10 percent of those who got it, and MERS now kills about one of three. The 1918 “Spanish flu” killed only about 2.5 percent of its victims — but because it infected so many people and medical care was much cruder then, 20 to 50 million died.

By contrast, the highly transmissible H1N1 “swine flu” pandemic of 2009 killed about 285,000, fewer than seasonal flu normally does, and had a relatively low fatality rate, estimated at .02 percent.

The mortality rate for known cases of the Wuhan coronavirus has been running about 2 percent, although that is likely to drop as more tests are done and more mild cases are found.

There is a hypothesis that the Spanish Flu deaths may have been in part due to Aspirin entering the market and being used at much higher doses than were actually safe.

I’m hoping in the long run, the death rate on this is actually .1% or less. It sounds like some cases are “asymptomatic transmission” and as was said before, the cases being tested are almost certainly those that are serious enough to warrant a trip to the doctor, not the whole population. That said, I think it’s better to be safe than sorry, and I’m glad flights to/from China are being limited, but a little nervous that SFO is one of the 5 still accepting them into the US.

Read somewhere there are some people who don’t get sick and are spreading them. The good news is deaths are mostly age > 60, have pre-medical condition and 1st generation. No official verdict yet, guess they want to observe a little longer. In any case, now that Gilead is involved, chance is high this will blow over quickly.

At the Super bowl party people drank Pacifico, no Coronas.

Past research has suggested the influenza virus can survive up to two to three hours in a droplet form, but there has been debate over whether the droplets are able to stay suspended in the air long enough to spur infection .

So don’t bring in the package immediately after the delivery by the transport guy, wait 3 hrs

At the Super bowl party people drank Pacifico, no Coronas.

Need to change the name to “Pro Hong Kong virus.” Then it will just “disappear.”

Need to change the name to “Pro Hong Kong virus.” Then it will just “disappear.”

The doctor whistleblower who died yesterday once posted on Chinese social media in support of the police suppressing the protests. Little did he know the iron fist of the Communist Party was about to squash him. There is a twitter account that does nothing but documenting these kinds of ironies, people loudly supporting tyranny only to find out they end up at the receiving end. 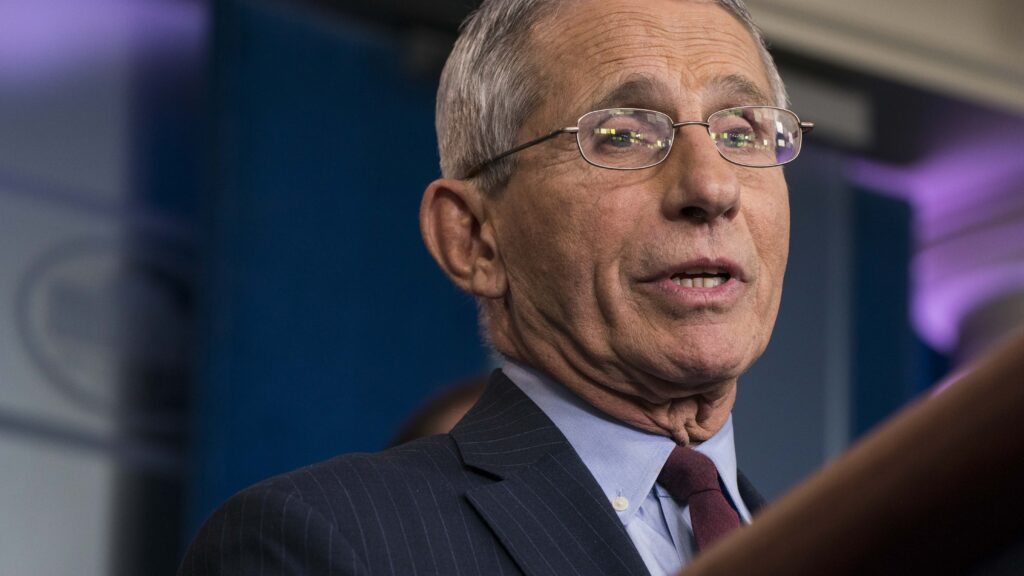 The comments by the director of the National Institute of Allergy and Infectious Diseases highlight how challenging it could be to translate the NIH’s work.

Vaccine is available and nobody want to make it in bulk?